Amazon isn’t normally one for surprises, but last night the online shopping juggernaut dropped the details on a whole lot of new Alexa-enabled Echo gear, from revamped Dots to an in-car Alexa device, and even an Amazon-branded microwave.

Though Alexa isn’t officially supported here in South Africa, we remain ever hopeful that we’ll be able to make use of Amazon’s smart home tech in full soon, rather than the limited usage that is possible at present. When that day comes, these are a few of the items we’ll likely want lying around the house. Want something decently high-end but cheap and reliable? Amazon’s AmazonBasics range consists of everything from little doodads for smashing car windows (in the event of an accident, obviously) to camera tripods to smartphone repair kits to gear for musical instruments. Last night’s announcements added a microwave to that list. No jokes.

The AmazonBasics Microwave isn’t just a cheap shot, either. Amazon’s microwave supports voice control and Alexa, and will let users communicate with the reheater via the microwave itself or through selected Alexa-enabled products. Barking orders at the microwave means we won’t get the glossy front all full of fingerprints. Amazon’s appliance will launch in the States on 14 November and will set buyers back $60 (about R865 or so), which is essentially cheaper than a new PlayStation 4 game.

Amazon’s Echo smart speakers have been around for a while and are available in a couple of configurations. One of the best is the neat little Echo Dot, a smart speaker that stays useful almost as well as it stays out of the way. The Dot is now in its third generation, with the newest announced at Amazon’s event.

What’s changed, though? Not a massive amount, it’s still a neat addition to an Alexa-powered home but Amazon has gone for a visual redesign by making it look more like a Bluetooth speaker and less like someone sawed a slice off a PVC cylinder. They also made this gen’s speaker 70% louder by increasing the size (as one does). The new Echo Dot drops on 11 October 2018, for $50 (around R720). There’s a new Echo Show in town, and it’s an obvious improvement over the first. The display has been increased to a large 10in, while the bezels have been slimmed down (in keeping with… pretty much every new screen being released of late), and Amazon’s also gone for a more streamlined shape. The speakers have been improved and Amazon reckons this one is still the go-to for video-calling while you’re chopping organic veggies in the kitchen — like you do. This is one of Amazon’s pricier Echo products, tipping the scales at $230 (R3,300 or so). Amazon wants to put Alexa just about everywhere, in case you need to order some paper towels or extra cat food while on your way to an offsite meeting. They’ve announced the Echo Auto, a smart device that connects to most cars and uses the Bluetooth connection on the smartphone you’re definitely carrying in order to communicate with Amazon’s Alexa assistant.

Managing your shopping chores (a feature that is definitely useless in South Africa right now) is just part of what it’s capable of. The Echo Auto also allows users to set reminders, play Audible audiobooks, check news, navigate to new areas, get directions, and… pretty much anything else you can do with a home-based Echo speaker. A launch date for this one isn’t confirmed yet and Amazon’s only allowing pre-orders by invitation. When it does land, it’ll cost $50 (around R720).

A handful of others 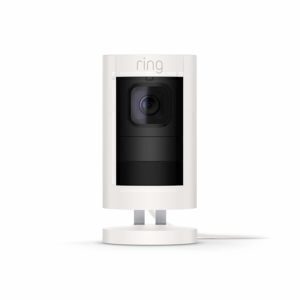 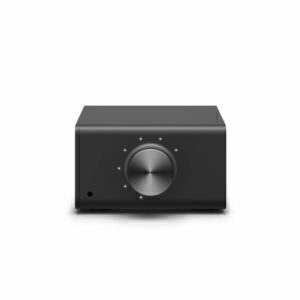 We could just keep listing Alexa-enabled devices and updates, and we’re going to. There’s the new Amazon Echo Sub bundle ($330/R4,750 or so) which consists of an Amazon Echo Sub and two second-gen Amazon Echo speakers — which could replace your average hifi system with the added benefit of being packed with Alexa smarts. Then there is the Ring smart home camera which has two-way audio, a siren(!), and Alexa support ($180/around R2,600) and the Echo Link, which doesn’t have a release date but is priced at $200 (R2,900). The Echo Link aims to turn existing sound systems into ones that can stream music, meaning you could have Spotify running in your home without chucking out those dumb speakers and audio gear. Oh, yeah, and like everything else, it’ll support Alexa. Man, we really have to get Amazon to launch their AI assistant over here.