Every Star Wars fan we’ve come across would give anything to have a Lego Millennium Falcon centrepiece in their house, even if their significant others don’t think it goes with the decor. Or the bank account. Trouble is, in South Africa it’s traditionally been a struggle finding exclusive and hard-to-find Lego sets, so many couples have been spared the discussion… but not anymore.

The first certified Lego store in South Africa opened a month ago, and they now stock the largest variety of Lego products in the country, including the Death Star, a Hogwarts Castle and James Bond’s Aston Martin — all of which are usually labelled as ‘hard-to-find’ sets.

If you don’t live near Sandton (where the physical store is situated), don’t throw your toys out of the cot just yet — the online store is live, and currently offering free shipping for any orders over R500. We challenge anyone with even a mild Lego obsession to place an order under that value. Haven’t received your Hogwarts letter yet? Well, you can keep yourself busy with this 6,000-piece set while you wait. The set is available in-store and will be on the online store from 10 September for those of you living at the sea… or, you know, in Bloem.

Along with the iconic Hogwarts castle, you’ll have access to Hagrid’s hut, the Womping Willow, towers, turrets, chambers, classrooms, and creatures. These structures can be filled with all of your favourite characters (a total of 27, by the way), including four dementors, who will drain your happiness almost as much as the price will…

The castle set is priced at R7,000 — a small price to pay for any true Harry Potter fanatic. This one’s definitely on the top of Stuff’s most wanted list — and it’s easy to see why.

The iconic Aston Martin DB5 that 007 famously used in Goldfinger is immortalised in tiny Lego perfection. This replica model captures the elegance and timeless sophistication of James Bond’s sports car, and comes with some cool authentic details and functional gadgetry.

Open the doors and you’ll find a concealable radar tracker and a door compartment that contains a telephone. You can activate the passenger ejector seat, turn the revolving number plates (yeah, really), raise the rear-window bulletproof screen, deploy the wheel-mounted tyre scythes and pull back the gearstick to reveal the front wing machine guns.

There is so much more we can go on about, but if you’ve been a James Bond fan, like, ever — you need to get this replica. It’s priced at R2,200, which put is more on the ‘affordable’ side of the spectrum than Potterfiles’ new temptation above. 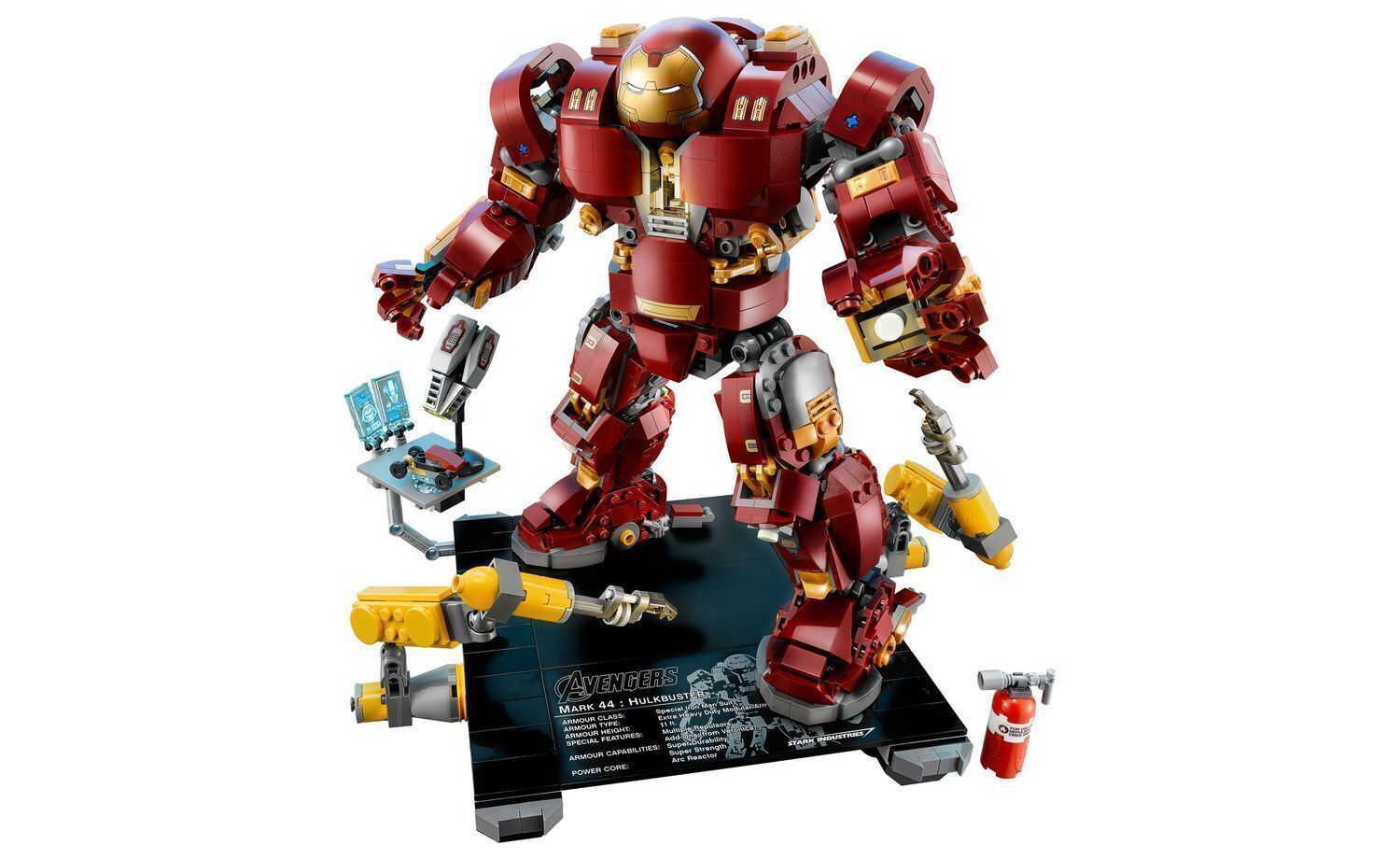 If Avengers: Infinity War has got you down, you need to know that the Hulkbuster Iron Man suit can make everything better. Because it’s just too awesome.

The Hulkbuster: Ultron Edition is a highly detailed Lego version of the Hulkbuster mech made by Iron Man. Remember the smackdown between Hulk and the Hulkbuster in the Joburg CBD from Age of Ultron? That exact one.

This ‘little’ guy features a rotating torso, posable fingers, arms, legs and feet, and a chest light that can be activated by pressing the button on his back. And you can interchange the left arm for the jackhammer arm that has punching functionality.

This Lego Hulkbuster will work out quite a lot cheaper than the amount Tony Stark will quote you for his, priced at a mere R2,200.

Still having a hard time deciding? Or looking for something else like Lego pens or a giant yellow head to store your Ouma Rusks in? Head over to the online store to browse the whole selection.