Back in 2011 the first Galaxy Note with its 5.3in display and S Pen stylus seemed ridiculous. Now it’s one of Samsung’s poster children, and its fans are deeply loyal. So, is the Note 9 worth the R19,000 asking price (add another R5,000 if you want the 512GB version)? That depends if you already own a Note 8, and how you feel about the S Pen.

Design of the times

The Note 9 looks undeniably like the Note 8. That’s not necessarily a bad thing, though. By making the wafer-thin bezels above and below the screen even thinner than before, the Note 9 now boasts a 6.4in OLED display, up 0.1in from the Note 8. And there’s no nasty notch here, which is unusual for a 2018 flagship, but a design decision we welcome. Like the Note 8, the Note 9’s display curves on the sides, and while that makes it look great, we’ve found it can be a little annoying when cropping screenshots with the S Pen or trying to doodle right to the edges — it’d be far easier and more precise on a flat screen where the pen tip wouldn’t slide over the edge (and, in our case, bump up against and slide along the lip of the supplied protective cover).

Nonetheless, it’s a stunner of a screen. Colours are rich and accurate (less subject to Samsung’s traditional heavy-handedness with the saturation slider than usual), and the screen’s capable of an insanely crisp 2960×1440 resolution (WQHD+). Maxing out the res will run the battery down faster, and not all apps support it, so Samsung sets things to 2220×1080 (FHD+) by default.

Still don’t like Samsung’s handling of colour? Head into ‘Screen Mode’ and you can choose the treatment that works best for you. You can also choose which apps will default to full-screen mode (where the task bar with back, home and open apps slides out of sight), when to enable the ‘blue light filter’ (we set ours to coincide with sunset and sunrise), and decide whether or not you want to allow the Note 9 to display home screens, settings menus and other content in landscape mode.

With its jumbo display ideally suited to watching video content it’s pleasing that Samsung’s also included dual ‘AKG-tuned’ speakers with Dolby Atmos support. Both the volume and the quality of the audio on the Note 9 are extremely impressive for a smartphone, and means there’s no need to get the headphones out if you’re watching something alone in bed (you’ll want those headphones if your partner is watching something else, though, or just trying to sleep). Once you do plug in headphones, though, you’re in for a great time, too. As with most recent flagships from Samsung, the Note 9 comes with a pair of AKG buds in the box (and a headphone jack on the bottom, next to the USB-C port). Plug those in, fire up Fortnite, and marvel at the ability to hear a bush creeping up to the left of you, or a bullet from a rookie sniper whizzing past you on the right.

In short, if it’s a mobile media powerhouse you’re after, the Note 9 is tough to top. Sure, it’s a big device, but when it comes to entertainment it uses its dimensions to its advantage.

The Note 9 inherits the outstanding dual-camera setup from the Galaxy S9+. That means a regular lens with variable aperture (f1.5 or f2.4) and a zoom one (enabling the Live Focus, blurry background trick), plenty of image detail and dynamic range even when light is limited (helped by both cameras having optical image stabilisation — but don’t take our word for it, check out the full-res sample pics below), 960fps super slo-mo (which is more a gimmick than a truly useful feature, and tricky to get right), and Samsung’s animated-version-of-you AR Emoji. 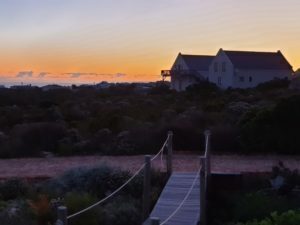 It may not be quite as flexible in terms of zoom range as Huawei’s P20 Pro, but the Note 9 is nonetheless endowed with one of the best smartphone cameras out there, and its new artificial intelligence mode seems to be less aggressive with fiddling settings than Huawei’s effort, while the option to get a notification when a photo is likely to be blurry, someone blinked, or the camera lens could do with a wipe is welcome.

And on the topic of wiping lenses, Samsung’s pleasingly seen fit to move the fingerprint sensor from alongside the rear cameras to beneath them… so you shouldn’t have to wipe them off as often as was necessary with the Note 8. Good work, Samsung, good work.

The impressive storage, killer camera and massive display might all be draw cards for the Note 9, but really it’s the S Pen that fans keep coming back for. This time around, Samsung’s added a battery and Bluetooth to the S Pen, which means in addition to using it to scribble on the display (even when it’s locked), perform precise crops, take notes and watch them transform from scribbles to text, or simply do some digital colouring in (seriously, Samsung’s included a dedicated app for this, fittingly called ‘Colouring’), the S Pen now works as a remote control. Use it to open the camera or take a photo, play or pause YouTube, Spotify, podcasts or other media, or move through the slides of a PowerPoint presentation (no, we don’t know anyone who presents from their phone, either, but hey, it’s great to have the option). Charging the S Pen for remote control fun takes less than a minute and happens when it’s stored in the phone, and you should get around half an hour of wireless fun between charges. An open SDK means other app developers might add their own uses for it down the line. If you’re part of the S Pen faithful you’ll love this updated version.

We’re not going to bore you with benchmarks or other stats, those are readily available online. What we will tell you is the Note 9 comes with 6GB of RAM in the 128GB version, and 8GB in the 512GB one. Both also have a microSD card slot that supports cards up to 512GB, so you could conceivably be carrying 1TB in your pocket… that’s more storage than any of the Stuff team have on their laptops.

Samsung’s gone with its own 64-bit Samsung Exynos 9810 CPU (as seen in the S9 and S9+), and if there’s a way to slow down this phone, we’ve yet to find it. Sure, it scores lower than the iPhone X on some tests… but we dare you to notice. Aimed as it is at power users, the Note 9 also dispenses with the DeX Pad needed to turn the S9/S9+ into desktop PC equivalents and makes do with a simple USB-C to HDMI adaptor. Is it a feature many people will use? We doubt it, but it’s nonetheless more convenient than previous solutions for the few that do.

For everything we like about the Note 9, there’s one we really don’t: Bixby. We can understand Samsung’s desire to force its digital assistant on users, because it needs users to actually make requests of Bixby if it’s going to get better at responding to them correctly. And with Bixby due to appear in the forthcoming HomePod- and Echo-challenging Samsung Galaxy Home, it needs to up-skill fast. Nonetheless, it’s annoying to have Bixby pushed on us so aggressively. Sure, you can turn off the Bixby screen that lives a swipe left of the home screen, but you can’t remap the physical Bixby button beneath the volume rocker — which we hit by mistake all the time — to other apps, nor can you turn it off entirely like you can on the S9/S9+.

Our other gripe with the Note 9? Battery life isn’t all that. Samsung’s keen for users to know the 4,000mAh battery is the biggest ever in a Note, and while that may be true, it doesn’t translate into the sort of all-day-and-change usage per charge you’d expect. On a weekday with moderate use we make it to bedtime with some gas in the tank, but get stuck into picture snapping on the weekend, while also using it for mapping, podcasts and a few hours of Spotify, and you best get home fast or carry a battery booster.

The Note 9 supports fast charging via USB-C or wirelessly, which goes some way to offset its underwhelming battery performance, but given the Huawei P20 Pro manages far more impressive battery life with the same size cell, we don’t think it’s unreasonable to expect more of the Note.

We wish it were an Android One device, so we wouldn’t have to wait for Samsung to let us upgrade to Android P, we’d like better battery life on heavy use days, and we’d love to be able to reassign the Bixby button… but when faced with the fetching form, functionality, and feature set of the Note 9, those seem like pretty small bones of contention. If you don’t need the S Pen or 512GB of storage, you might want to consider the Galaxy S9+. If you have a Note 8, you might want to stay put until the Note 10. But if you’re a Note fan who loves the S Pen, hasn’t upgraded in a few years and want one of the most potent handsets with one of the best displays on the market today, the Note 9 will leave you very happy indeed.