Do you own an Android device and struggle with poor impulse control? Is the temptation of sending a strongly worded email to your colleague at 3am after too many glasses of wine just too strong? We present to you the ‘Undo Send email’ feature by Gmail!

The Undo Send feature in Gmail can save your life/career… and a few stray attachments that just never got attached somehow. Weird how that happens, right? You might already know about Google’s unsend email feature (it has been available for web and iOS for a while now), it is finally rolling out for Android with the latest update for the Gmail and Inbox apps. Using the feature is as simple on Android as it is everywhere else. After you’ve created the perfectly formulated career-ending message and hit Send, you’ll see a ‘Sending’ notification at the bottom of your screen, along with an ‘Undo’ button. You have 10 seconds to tap ‘Undo’ to cancel the process, meaning that your change of heart has to come… fairly quickly. Gmail will then bring back the draft so you can properly finish what you started. Or just stop altogether.

What sorcery is this though? Well, Google can supposedly ‘pull back’ messages sent to other Gmail users, while those on other services likely experience a short delay before they receive emails, and that’s what allows for this functionality. Good guy Gmail… 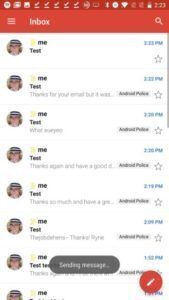 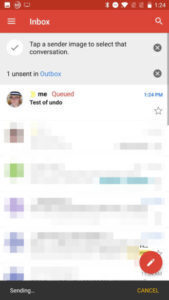 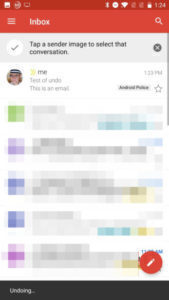 The feature should be available for users who have the latest version of the app, but you might have to wait a bit for it to be activated on your account. Some users are experiencing trouble with the feature showing up in the newest update, so it’s a bit wonky – but it will roll out to all users soon.