Stream DStv Now directly to your TV (for free?)

Multichoice’s answer to Netflix, their VOD (Video on Demand) service called DStv Now, is coming to your TV screen — even if you don’t own a decoder.

DStv has launched its new DStv Now app for Samsung smart TVs and Android boxes, which allows you to stream DStv content directly to your TV, without the need for a decoder.

The app for their streaming service features live sports, live TV, shows and movies in the Catch Up library for those who want to binge. Take note that the app is available to DStv subscribers, but there is a ‘free’ sign-up tier which will grant you limited access to the streaming content without the need for a DStv subscription. At least that seems to be the case based on our testing today. You’ll be able to download the app on Samsung smart TVs (selected Tizen models from 2015 onwards), the Apple TV (4th generation or newer) and most media players that run Android — provided they’re Google certified. The app was previously exclusive to Android and iOS devices, now Samsung’s Tizen OS is getting a crack at it too.

“The idea when we launched DStv Now was to give DStv subscribers a way to catch the big game and their favourite shows while away from home. What’s surprised us is how popular it’s also been as a method of getting DStv content on to other TVs around the home. By adding these new apps we’ve made that process a whole lot easier and more convenient – no fussing with cables or casting, and no decoder needed,” says Mark Rayner, MultiChoice South Africa’s Chief Operating Officer.

With DStv Now, you can stream on two devices simultaneously (like Showmax), but remember that you’ve probably got the decoder sitting there too. So essentially you’ve got three spots to watch DStv content. Remember, you’ll have to have access to a fibre/cable home internet connection or leech off some free WiFi from the neighbours. Streaming and downloading (which is possible with some of the available content) will cost data and data costs money.

DStv is working on apps for both LG and Hisense smart TVs right now, and we’ll probably see them roll that out in the near future. The app should pop up in the Samsung Smart TV app store anytime now. In the meantime, you can get access to DStv Now through a normal PC web browser if you like.

We signed up to DStv Now with a free account and it seems we now have access to live TV (including sport) as well as a selection of Catch Up titles without having an active  DStv subscription. We’re not sure if this is considered to be a free trial or if the ‘free’ tier is permanently free, as we cannot find any information about it on the DStv Now or DStv website. We’ve reached out to Multichoice for clarification and will update when we hear back from them.

Update: The free tier is indeed completely free, according to Multichoice, and is not just a trial. We’re still exploring the limits of what is available but it seems that it exists as a taster for the full offering. Expect to find the first episode of a series or two, some kids programming, and even a little sport with DStv Now’s unpaid package.

Another Update: DStv has announced that the DStv Now app is now available on LG smart TVs, specifically most 2017 and 2018 models running webOS 3.5 and 4.0. 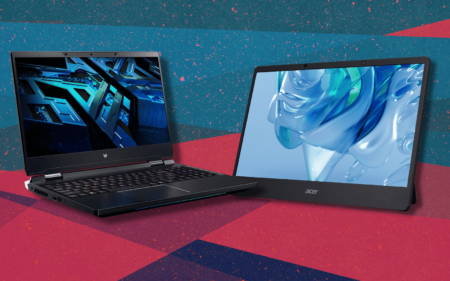