What was the most damning tech news last week? That Google’s Android was fined $5bn for anticompetitive behaviour with Android? That Donald Trump continued to obfuscate around the Russian meddling in US elections? Or that Facebook CEO Mark Zuckerberg defended the rights of Holocaust denialists?

Perhaps because I’m Jewish and some of my family died in the Holocaust, it’s the latter. It’s as breathlessly insulting as that moron from Agriforum claiming Apartheid wasn’t a crime against humanity. I don’t know his name and I don’t want to. 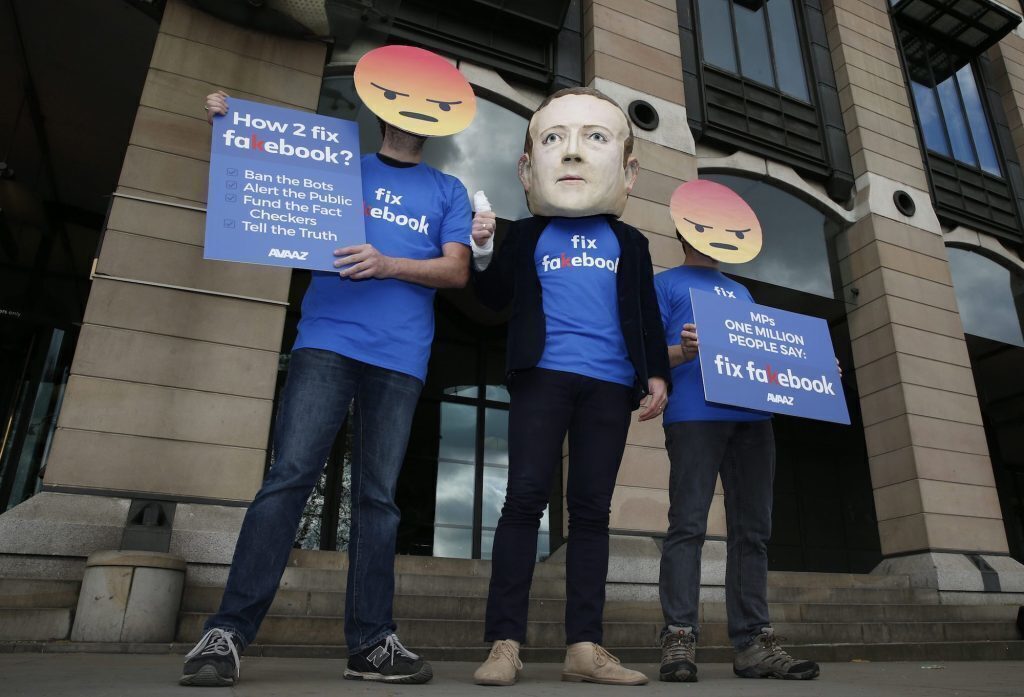 Zuckerbereg made his comments in a podcast with Kara Swisher, one of the earliest and most respected technology journalists who runs tech news site Recode, after a mind-numbingly dumb response about the way Facebook deals with clearly untrue news.

Asked by CNN’s Oliver Darcy why Facebook still tolerates the patently fake news site Infowars – which denies that the Holocaust happens, as well as that utterly horrific Sandy Hook massacre – the head of its News Feed John Hegeman replied that it does not “take down false news… I guess just for being false that doesn’t violate the community standards”. Facebook’s policy chief Monika Bickert made similarly indefensible, asinine comments to the US Congress on Tuesday.

Then Zuckerberg told Swisher: “I’m Jewish, and there’s a set of people who deny that the Holocaust happened. I find that deeply offensive. But at the end of the day, I don’t believe that our platform should take that down because I think there are things that different people get wrong. I don’t think that they’re intentionally getting it wrong”.

Let’s just unpack that paragraph: There is no denying that the Holocaust happened. Six million Jews and many millions of other minorities were murdered. You don’t “unintentionally” get something of this scale and horror wrong. Nor about the gobsmacking horror of the 20 children gunned down in the Connecticut school and claiming that “child actors” faked the news. How sick do you have to be to believe that?

“It feels like Facebook is waiting for someone to die before something gets done,” said Nelba Márquez-Greene, whose child was killed in that 2012 Sandy Hook shooting, in an interview with NBC.

My problem is similar to what Barack Obama said last week at the Nelson Mandela Annual Lecture about the politics of fake news espoused by his successor, especially around climate change.

“We have to actually believe in an objective reality… You have to believe in facts,” Obama said to laughter that filled the Wanderers Stadium. After years of the corruption denialism of Jacob Zuma’s shadow Gupta state, we should be acutely aware of this. “Unfortunately, too much of politics today seems to reject the very concept of objective truth. People just make stuff up.”

In the case of Infowars and Holocaust denialists it is so utterly indefensible it makes any other rational conversation about Facebook’s attempts at dealing with its fake news problem just seem absurd. Worse, as some researchers have tracked how Infowars readers have turned to violence, it could have tragic consequences.