After nearly 15 years in the video-calling business, Skype has rolled out an update that’s long overdue — and it includes call/video recording and end-to-end encryption.

Skype’s update is available on all desktop devices, including Linux, macOS, and Windows. It’s called Skype v8.0 and is reportedly the only version that will work after the first of September. Tell your friends, video call them, ‘Poke’ them, IG Story them, whatever it takes to get them to update.

The updated Skype features HD video calls in 1080p res (if you’re display and camera are up to it) and screen sharing of groups of up to 24 people. You’ll also soon have the ability to record all calls, with the knowledge of everyone on the call, according to a Skype blog post. 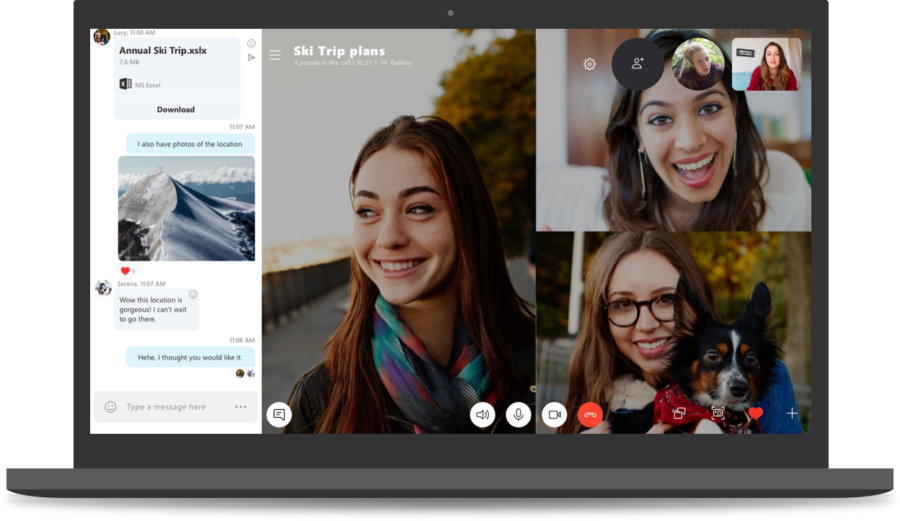 Other new features include ‘message reactions’, ‘@mentions’ — so you can call out a colleague for no reason in a group chat — a media gallery that logs all sent files, and an option to share up to 300MB of pictures and videos at a time. Because we all need to send a fail video on the work group every now and then.

Skype has always been a go-to for video conferences and chat groups and is almost synonymous with ‘video call’. So it’s pleasing to see these sorts of updates coming to the service, particularly in light of the mixed reviews the recent facelift for when it arrived.

In the still-to-come category, Skype includes a few very nifty features, like read receipts (like that darned double blue tick on WhatsApp), and end-to-end encryption using the Signal Protocol (the same protocol used by most other chat applications).

To go through the whole upgrade bit, just head to Help > Check for Updates, or visit the Skype download page. No word as of yet on an update for mobile, but it’s doubtless already in the works.