South Africans haven’t really had the honour of the Honor range of devices yet, but now a couple of Huawei’s budget devices have made their way to Mzansi. The fancier of these is the Honor 7X. We say fancier, but it’s still carrying a not very fancy recommended price of R5,000. After a few weeks playing with it we can confidently say it’s one of the best budget devices available on the market.

With impressive hardware, decent software, and a display and camera way ahead of its price range, this is definitely a smartphone for anyone who can’t — or doesn’t want to — fork out close to R20k for the highest-end devices available today.

If there’s one early criticism to be levelled against the 7X it’s that it runs Android 7.0 and version 5.1 of the EMUI Android overlay Huawei uses in its devices. Both of those are a little outdated, but the key features you’d expect from an Android handset are still present and accounted for… and let’s not forget this is a budget device.

Design: Blue us away On sheer looks alone, you’d be forgiven for thinking the Honor 7X is a R10k-plus smartphone. It has an all-metal body, sculpted corners and edges that sit comfortably in your hand, and a signature Honor blue hue.

The corners have been reinforced, so it should survive bigger bumps and drops without decorating your kitchen floor with phone components. It also has Honor’s super-quick rear fingerprint sensor, which is placed in the middle of the metal backplate. The display makes up almost all of the front of the phone, with slim bezels at either side and only slightly chunkier ones at the top and bottom. It’s no Galaxy S8, but it certainly looks high-end.

Important extras like the headphone jack haven’t gone away yet, which is good to see, but the micro-USB charging port is a bit of a bummer — surely USB-C wouldn’t have pushed the price up too dramatically? Never mind, we’ve got a micro-USB somewhere… It’s the 5.93-inch, 18:9 ratio screen that really grabs your attention, and with good reason — few phones in this price range can match the Honor’s size and brightness, while the device itself is still small enough to fit in a pocket.

Extra pixels from the longer aspect ratio mean we’ve got a 2160×1080 resolution here, which is in unusual in this price range — most mid-rangers still offer the old-school 16:9 ratio and 1920 x 1080 resolution.

The display is a very decent LCD: text, images and video all look sharp, colours are vibrant without going overboard, and brightness goes very high indeed. It’s easy to see clearly on a bright day in the South African sun.

While there’s only a single speaker, it pumps out surprisingly loud audio. But volume isn’t everything, and it’s only really good for showing your friend a funny cat video with Sail playing in the background — anything more demanding and it shows its limits fast.

Camera: Seeing double for no reason 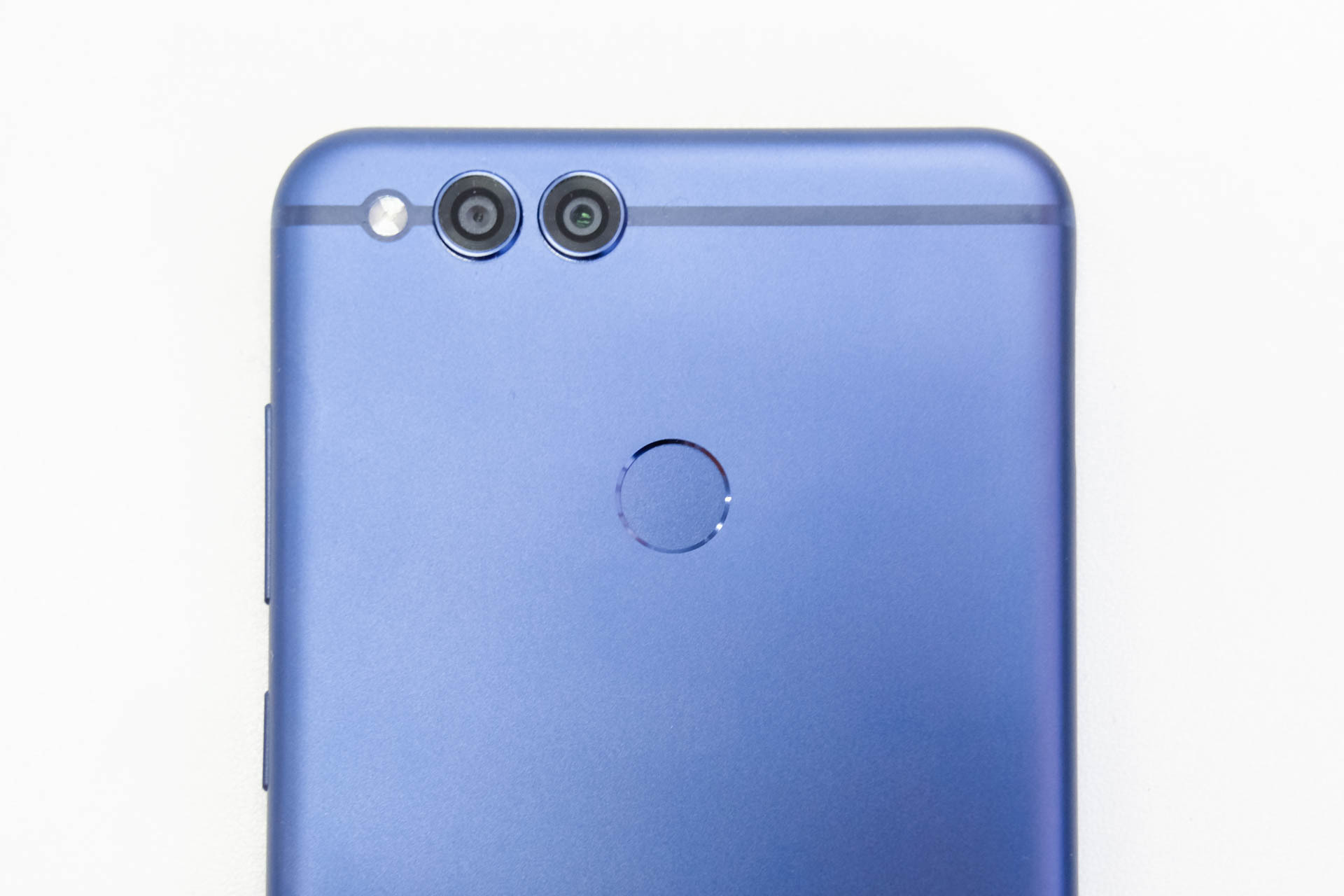 The 7X has one main sensor that clocks in at 16MP, and a pretty low resolution secondary (2MP) that’s there purely to capture depth information, according to the marketing info.

In all honesty, the images taken in natural light are pretty great — we’re not expecting Annie Leibovitz-level photography here –but for a R5,000 mobile phone the results are very impressive indeed. As soon as the light gets low, your pictures will become grainy. And there’s no optical image stabilisation either, so without a very steady hand, you’ll most likely end up with a few blurry shots. But, again, you get what you pay for. Colours are surprisingly vivid, especially in broad daylight, and there’s plenty of detail to be had when conditions are right.

Honor has tweaked its algorithms so its depth-blurring wide-aperture mode is slightly more realistic now, and the 7X also gains a portrait mode — for both the back cameras and the 8MP selfie cam up front. Although the low-light photography doesn’t bring out the best results, it’s not completely horrid for a phone this affordable. 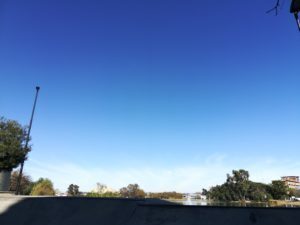 Now that EMUI 8 is out in the wild, courtesy of Huawei’s Mate 10 Pro, we were expecting Honor to follow suit and stick to Android 8.0 Oreo for all upcoming handsets. Unfortunately, that’s not the case.

The 7X runs Android 7, with EMUI 5.1 on top. An Oreo update should make an appearance early next year, but for now this will totally do. There have been a few software tweaks, though. A new one-button split screen mode automatically kicks in whenever you get a SMS or WhatsApp message, letting the Recents key divide the screen into two with just a tap, instead of a tap and hold like we have on other Android devices.

The blue light filtering Night Mode has been improved, dipping all the way down to 3 nits when you’re reading in pitch black darkness so as not to burn out your retinas. A Daytime brightness booster sharpens up everything in the bright sun, too, so everything is easier to read. It’s not as bright as the LG G7’s brightness booster, but it does the trick. The Huawei Honor 7X is not an absolute dominator by any means, but the Kirin 659 CPU is more than capable of running Android smoothly — and isn’t that all you want with a budget device?

4GB of RAM really helps when it comes to multitasking, too. Apps and games don’t pose any problems, with only the most demanding ones not feeling completely smooth. For the most part there were no massive hiccups with normal daily use.

Storage-wise you’ll get 64GB in the devices available in SA at the moment, which really is more than enough to get you going, but you can also use one of the dual SIM card slots for a microSD card if you’re running low on space. Battery life is appropriate for this device, given the mid-range CPU and screen resolution. The 7X’s 3340mAh battery cell is good for around ten hours of intense use, which is a decent result.

Micro-USB charging isn’t going to be quick, either, unless you use the bundled fast charging adaptor — this’ll be a phone you leave plugged in overnight so you’re back up to full by the next morning. But then, that’s most phones, isn’t it? The Honor is a decent device all-round, but in this price range it is arguably the best device you can currently get in South Africa — considering you’re getting a bigger, better screen and camera than most other devices in the budget bracket.

We think, for R5,000, this is one of the best smartphone purchases you’ll make. The Honor 7X does everything a smartphone is expected to do, and it does it all with pride. It’s definitely good value for money and Honor will even spoil you with a cover in the box. Fair play, many other smartphone manufacturers are doing that these days, but it’s still a welcome touch, especially as it can be hard to find covers for more unusual phones when they first land here.

If a beautiful display and decent camera on a budget is what you’re after, the 7X should be high on your list.