Around this time of the year, rumours start trickling in little by little, and we’re already receiving some juicy ones about the highly-anticipated Samsung Galaxy S10. We already know the Note 9 will be announced on 9 August in New York (we’ve collected all the rumours on that over here). Now, with the S10 on its way (it’ll probably only actually arrive in early 2019), the beautifully crafted S8 is suddenly feeling kind of old…

Samsung is reportedly developing three different models in the S10 range, which will most likely include a ‘budget’ version, the mid-range flagship and the larger ‘plus’ model — each with their own specs of course. Perhaps the least fancy of those is an attempt to compete with Huawei’s ‘Lite’ versions of its flagship devices that have done really well globally and here in South Africa.

If anyone asks, this rumour round up was translated from the Korean website ET News. 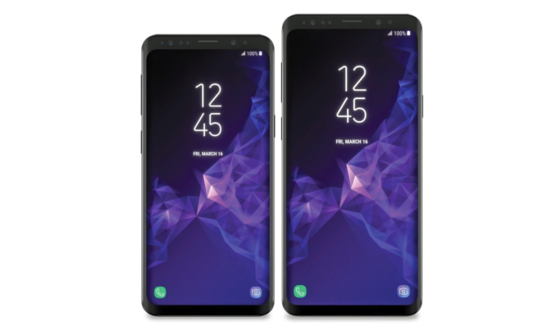 We don’t know if there’ll be a resolution upgrade from the current models’ OLED displays, but considering how good they are they probably don’t need one. The much more interesting display development we’re expecting (not just from Samsung, but from plenty of manufacturers in the near future) is in-display fingerprint readers.

If that rumour proves to be true it could be good news for Samsung, which has had issues placing the sensor correctly. The S7 put it next to the camera, which was terrible, then the S8 fixed it by putting it under the camera, but we’d really like to see it on the front again, where it’s pretty impossible to accidentally put smudges on the camera setup at all.

Just like the displays, rumour has it the three models will all have different camera sensors, not only in terms of megapixel counts, but in terms of quantity, too.

The budget S10 will have a single camera sensor, while the mid-range device will have two sensors (like the S9 Plus), and the plus-device will feature three camera sensors. We have no confirmation on what these sensors will be intended for, but we can only guess that it’ll have the 2x optical zoom like on the S9 Plus, and possibly a “hybrid”, longer zoom like that seen on the Huawei P20 Pro.

Next year will be the 10th anniversary of the Galaxy S-series, and Samsung is most likely planning something different to celebrate. Especially as this year was a slight letdown with no game-changing tech surfacing with the S9 launch (as fun as personalised emoji are).

The Huawei P20 Pro, meanwhile, did change the game, and Samsung will have to step up with some interesting tech to reclaim the Android throne. As for when we can expect the S10 announcement — if Samsung is a creature of habit (which it is), we can expect the announcement either at MWC (around March 2019) or at an independent launch earlier next year. Of course, you can bet we’ll see plenty of information about the devices leak before then.