Segway launches mini-Segways for your feet 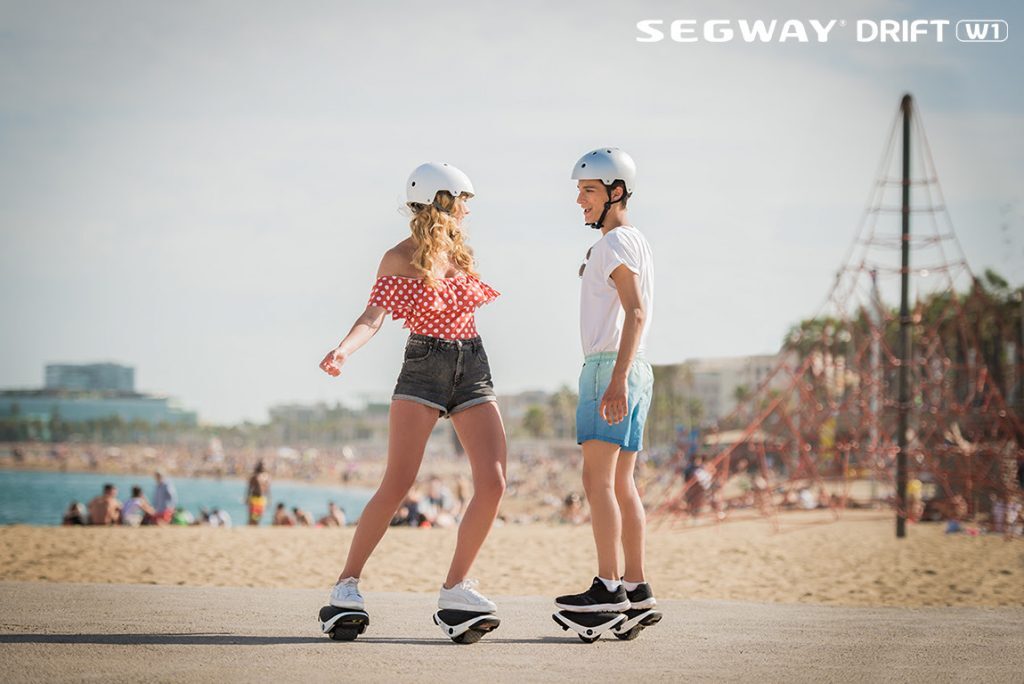 Segway-Ninebot, the company behind the first properly practical electric personal transport devices, has previewed a pair of alien-like rollerblades called the Segway Drift W1. They’re part of the company’s new e-Skates category, and we need to get our hands — and feet — on some. Unfortunately, they’ll only be announced officially at IFA (Internationale Funkausstellung) in Berlin on 30 August 2018. We’ve previously seen Segway products come in via the iStore. We’ll let you know if we hear anything from them about these coming our way.

You’ll remember Segway as the maker of the most ridiculed people carriers on earth. Ninebot is a Chinese company that started making very similar devices, got sued by Segway, and then put the matter to rest by acquiring its accusers. In addition to two-wheeled people movers, the company also makes product we love, like the Ninebot One range of mono-wheels.

First we had roller skates, then inline skates and heelies — people have been trying to tie wheels to their feet since the wheel was invented. By making them electric and self-balancing, the Drift W1 is arguably just the natural evolution of foot-tethered wheels. What’s next? Smart skates, perhaps?

The Drift W1 uses Segway’s super stable self-balancing technology, which is made up of more than 800 patents (if you’re into that sort of thing). Which means they should be really easy to use. Psst, Segway, we’re still waiting for the hover-board from Back to the Future II if you’re looking for your next project.


From the promo materials (check out the video above) it looks like the rider simply stands on the W1s with their regular shoes — there might be different sizes and limits on which shoes can be worn while using them, but we’ll have to wait and see. We’re pretty sure stilettos are a bad idea. On a related note, we foresee many fail videos of Drift W1 early adopters when they go commercial.

The W1s look lightweight and should be easy enough to carry between suitable ride services, like on public transport. Maybe they’ll even come with a carry bag. Also, they’re not completely hideous. We’re just not sure how accessible they’ll be for everyone — the elderly might struggle with them, but then there are Personal Transporter Segways for that anyway. And blessedly older folk don’t tend to care what the whipper snappers think of them, so they won’t mind the withering looks.

We’re unreasonably excited about the Drift W1, so we’ll be sure to bring you more info as soon as we get it. Could it be this is the beginning of an e-skate revolution? We can only hope.