It’s almost that time again, when Apple’s shiny new OS update drops and clogs up office bandwidth for days — not that we’ll complain when it’s macOS Mojave doing the clogging. But you don’t have to wait till all the kinks are ironed out in order to get in on the action — the macOS Mojave Public Beta is now live, meaning you can get some early hands-on time.

There are a few things that you need to do first, however. We’ve listed the most important steps below but there’s one, more important, step you need to take first. Head here and check whether your machine supports Mojave. As a quick cheat, if your Mac was made after mid-2012 then you’re probably good to go. If you’re driving a Mac Pro from mid-2010 with a supported GPU, you’re also good.

We’ve said it before but… back up your machine first 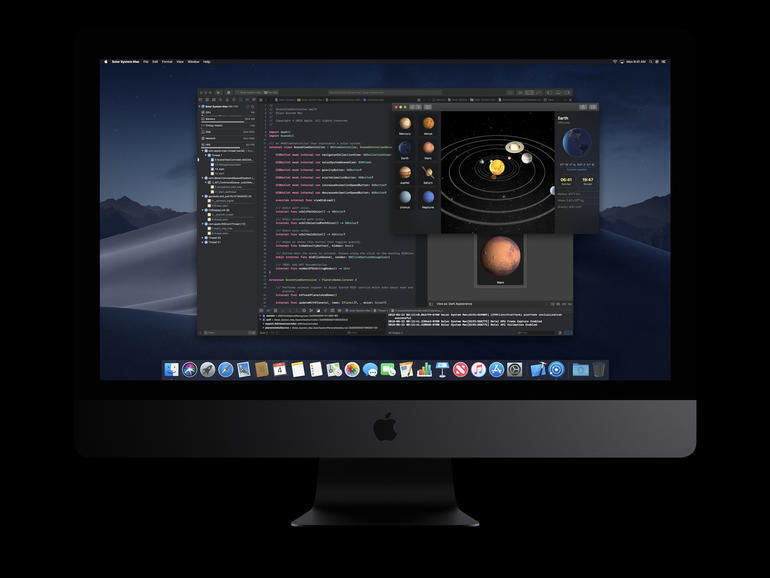 So you’re feeling brave then, are you? You’re confident that you’ll get by without your MacBook in the event of a software-based catastrophe? Well done, you’re mighty courageous. But courage only occurs in the presence of fear and you, like us, might be scared that months or even years of work, notes, and other little files you barely ever look at might go swirling down the drain.

So it’s best that you go ahead and back up your data before getting started. We did a rundown of the process back when macOS Sierra was first launched, and the process hasn’t changed much at all. In addition to doing a Time Machine backup, you’re going to want to back up at least some of your stuff to iCloud. Here’s where Apple will walk you through the process. Dropbox and Google Drive are also options, if you’re partial.

Stick to the essentials for cloud-based back ups, as that’s a lot of data to have to wait for. But you want all the boxes ticked before you move on, okay?

Get yourself set for the beta Once all your precious information is safe, you’re going to want to point Safari to the macOS Mojave Public Beta page. Either sign up (if it’s your first time) or sign in (if you’ve done this kind of thing with Apple before) and then you’re just about done with the hard part. EXCEPT! There might be a little more waiting.

And now, we wait

Connection speed depending, you’ve got a download to wait for. Go make a cup of coffee (if you’re lucky and have a fat internet pipe) or cook a roast (in which case, you’ll still have a roast at the end of this). You’ll have to keep an eye for the odd agreement, tick-box and ‘Continue’ message, and you’ll need to input your administrator password. This happens early on, so start the coffee-or-roast afterwards. Once the download is finished, your Mac will restart and you’ll be running macOS Mojave.

Unless something went horribly wrong, that is. In which case, you were paying attention to what we were saying about Time Machine and backups, right?