Level up your Nintendo Switch: Grab these essentials to make Ninty’s best even better Nintendo’s Switch console was a huge hit last year, turning out to be impressive enough to take away Stuff‘s coveted Gadget of the Year 2017 award at this year’s awards ceremony. The console is good. It’s very good. But, and it almost hurts to say this, it could be better.

But that’s only because there’s an impressive lot of extras out one year on, a collection of essential peripherals are on the market, and other sometimes-overlooked bits are available which will enhance your enjoyment. The trick is finding all of these add-ons but don’t fret — we’ve done all of the work for you. All you need to do is pick what you want, hit up the link and add to cart. Everything is available here in, or for shipping to, South Africa. 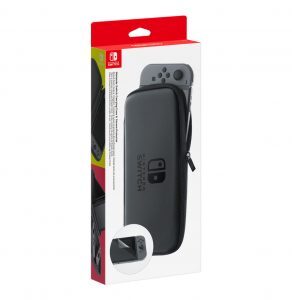 The official Nintendo Switch carrying case isn’t going to light up the fashion circuit. It’s mostly grey, unremarkable, keeps your gear safe, and has a place for just about everything — provided you don’t have something like 36 physical games to cart about. There’s also a screen protector included in this bundle, making it a dependable all-in-one protection solution for your Switch. But if you really want to take everything along, you need to check out the AmazonBasics option below. If you’re set on taking your entire Switch along and you’re not convinced that going wholly portable (i.e. tablet mode) is the way to go, then pick up the AmazonBasics Ultimate Storage Case for the Switch. Transporting your Switch to someone else’s home to set up for some Smash Bros. (any day now, Ninty. It can’t happen soon enough) doesn’t have to be an exercise in nervousness. Encase your Switch, dock and all, in a red or black-domed protector that won’t break the bank — even if you order it from the States. Which you have to. Because Amazon makes it. Already have a basic case? Perhaps you copied the Stuff team and bought the first one you could get back when South Africa was having a Switch case drought. You know, just after the console launched? In that case (heh), you probably didn’t get a screen protector. You can pick up a cheap protector from gaming peripheral maker Or or you can splash out anything from R125 to R400 for a more effective solution — up to tempered glass add-on layers, if you’re feeling paranoid. 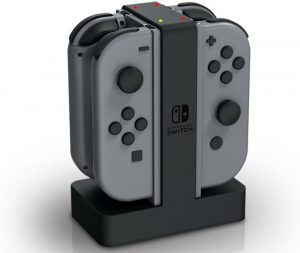 If you’ve got more than one pair of Joy-Con controllers you’ll probably find that keeping them charged is a mission, since the Switch only has space for one pair at a time. Something like the PowerA Joy-Con charging dock will let you charge multiple sets of Joy-Con controllers at once, meaning that you’re never short of a means to hop, skip, and hat-throw your way around Mario Odyssey. If you’re still only packing a single set of Joy-Cons, though, then you don’t need it. 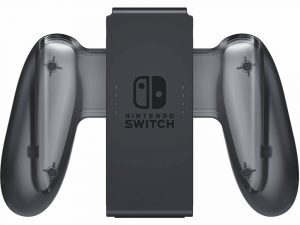 Wait, the Joy-Con Grip? Why is this one here? Didn’t we get one with the console? Er… no. Kinda. It looks the same as the Joy-Con Grip but this little fella is able to charge your Joy-Cons while you play. It’ll also extend the (already lengthy) battery life of your Switch controller for those 22-hour Breath of the Wild sessions. Don’t judge, we were on holiday. You really shouldn’t be using the Switch while driving but it’s probably okay if someone in the passenger seat does it. Unless you’re screen-watching. Don’t do that. Keep your Switch going on the road with the Hori High Speed Car Charger. That’s one way to keep your console powered until the next boring meeting. This one has been available in South Africa directly before but it’s tough to find these days. Hori also makes a neat little (officially supported) wired controller for Nintendo’s hardware.

R370 (approx, including shipping) | Buy it from: Amazon 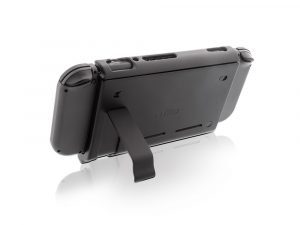 This one is about as close as you can get to an imported item without doing the paperwork yourself but it’s totally worth the effort. Nyko’s Power Pak clips onto the back of your Switch and give its 4,310mAh battery a 5,000mAh boost. Translation? You’re pretty much doubling the time you can play away from a charger (car or otherwise) and from the dock — which means more time playing games in queues and other locations where nothing more interesting than Link cutting down trees is taking place. As a bonus, the Power Pak improves on the shoddy Switch kickstand. 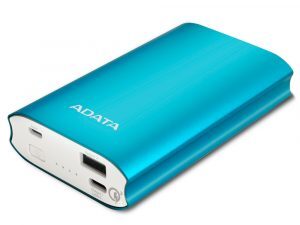 Honestly, you should have one of these even if you don’t own a Switch. If you’ve got one, and got it with you, you need never worry about having a dead device ever again. Ditto with the Switch, which can be topped up twice (once, if you added the Nyko Power Pak to your gaming arsenal) without recourse to a wall plug. Handy for those long plane trips to the UK or a bus ride to pretty much anywhere in SA or a reaaaallllyyy long business meeting. Death-by-Powerpoint is a lot worse when you’re not playing Fire Emblem. Just sayin’.

The only true import on this list, the SwitchCharge is a crowdfunded add-on for Ninty’s mobile marvel which will give you an extra 10,000mAh of battery capacity — almost triple what you started with. That’s a lot of time between charges and even we would battle to run it down in a single session. The crowdfunding campaign only ended earlier this month but they’re already available to order. InDemand Design, the company behind this one, ships worldwide but be prepared to deal with Customs when bringing it into the country. For now, anyway. Hopefully they’ll score a local supplier soon. There are options to upgrade the power for the console itself, as well as the paired-together Joy-Cons. What if you’re used to using them separately because of all that Wii muscle memory? Actually, Nintendo has a peripheral for that but it’s going to chew through a mess of AA batteries. Eventually. The Joy-Con Battery Pack also adds some bulk, so use the wrist-straps. You really don’t want to let these go now. Thanks to the power bump you won’t have to, for ages. The preferred controller of the Stuff team, the official Nintendo Switch Pro Controller is typically Nintendo — high-quality, wireless, and amazingly comfortable to hold. If you’re pining for something a little more Xboxy or PlayStation-ish in your hands while you powerslide around corners in Mario Kart 8 Deluxe or curb-stomp angels in Bayonetta 2, the Pro Controller should be your first port of call. Getting more than one does get pricy, though. If you’re okay with something a little retro, you can connect a Pro-like wired controller to your Nintendo Switch. The downsides? It’s wired, first off, and, second, you’re restricted to using the controller in docked mode. The upside is that you’re paying a fraction of the Pro’s price and you’re also getting access to the ability to swap out the face of the controller. We’re quite taken with the star motif but there are Mario and Luigi-themed versions available as well. The budget-conscious choice for ‘other’ console gamers. 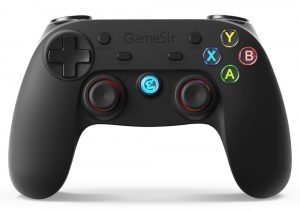 GameSir’s G3s is a handy, and very affordable, controller that can be used across several devices. If you want to use it on a PC or on a smartphone you can, as well as a selection of consoles (like the PlayStation 3). Bluetooth can be a wonderful thing. The GameSir G3s has been around for a while but the newest version of the controller also supports the Nintendo Switch. If you want to get your hands on something that’ll also let you play GTA: San Andreas on a smartphone (like you do), this is the one. Just make absolutely sure that you’re ordering the right version before hitting ‘Buy’. The non-compatible controller looks… identical to this one.

From R550 (approx, shipping included) | Buy it from: Amazon 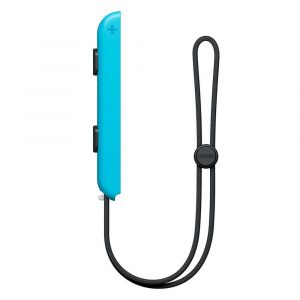 These little items are not as essential as you might have been led to believe by the headline but they’re certainly a nice-to-have — especially if you picked up the mostly-grey version of the Nintendo Switch at launch. Whether you want to spice up your Joy-Cons with the blue/red accents or you want to proclaim your (understated) love for Splatoon, the Joy-Con straps are a handy (and cheap) buy. They’re also useful if you’ve managed to accidentally put your original ones on backwards and have had to ‘force’ them off one too many times.