The last few years have seen Chinese smartphone maker Huawei edge ever closer to creating the sort of smartphone that can help it realise its master plan: unseating Apple and Samsung’s devices sitting plum atop the smartphone pile. With the Huawei P20 Pro, it may actually have succeeded. Cue maniacal laughter and Dr Evil visuals. Never mind the snazzy hues of its shell, the tiny notch, or the impressive specifications (all of which we’ll get to), the star of the P20 Pro show is that trio of rear cameras. At first blush it’s easy to dismiss the addition of a third camera as a case of Four Yorkshiremen-like oneupmanship: everyone else has dual rear cameras, Huawei better outdo them with a third. But that would be disingenuous, and downright unfair. The third camera is no novelty — instead, it helps elevate the P20 Pro’s picture quality far above its rivals, and makes it the most capable smartphone camera setup we’ve had the pleasure of pointing at our friends, family, pets and strangers.

So, why three cameras? First up there’s the 40MP RGB sensor one, that’s the most megapixels we’ve seen in a phone since the ill-fated Nokia Lumia 1020. Then there’s the 20MP monochrome sensor, and the 8MP telephoto one. Put the three of them together and you get a camera capable of 3x optical zoom (compared to the usual 2x from dual camera setups like Apple and Samsung’s), and 5x “Hybrid Zoom”. Usually we’re wary of the word “zoom” with anything other than “optical” in front of it, as it tends to mean a crummy, digital approximation of zoom that just degrades image quality (and where you’d be better off taking a regular pic and cropping it). But Huawei’s Hybrid Zoom — like its Night Mode — is a revelation. Through the combination of the excellent camera hardware to hand and software trickery it is able to create pleasingly detailed images with great colour rendition. Sure, things get a little muddy around the edges when there’s lots of detail or the lighting is poor, but for a phone camera the results are still incredible.

Night Mode, meanwhile, uses software-based image stacking to get impressive detail and colours out of night-time or other low-light scenes. It’s the best low-light solution we’ve seen on a phone, and one that makes arguments for ditching the SLR or mirrorless more compelling than ever. 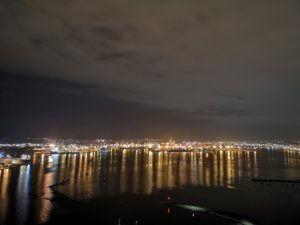 Of course, neither Hybrid Zoom nor Night Mode are much good on moving subjects, but in those instances the P20 Pro’s 3x optical zoom is usually enough, particularly as Huawei’s opted for the larger, 1/1.7in type sensor (that’s rapidly becoming the new high-end phone standard) for its primary camera. Also, it’s early days. We can’t wait to see what these features look like in two or three handset-generation’s time. For now, they’re still better than anything else you can slip in your pocket today. 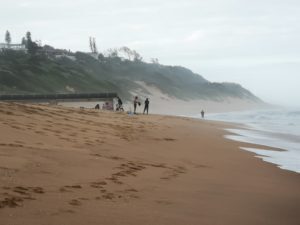 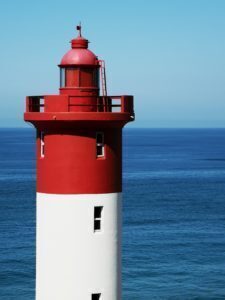 Our only gripe about the P20 Pro’s snapper? The ‘Master AI’ that figures out what you’re taking a photograph of and adjusts settings accordingly. By and large it tends to be a bit heavy handed with the saturation, and it feels like a superfluous gimmick — albeit one that plenty of other companies are adding to their flagship phones’ feature lists, too. We’d turn it off, but you (or your Insta followers) might like it. We’re not judging.

Then again, we feel the same disdain for the Pro’s decision to have ‘Beauty Level’ turned on by default in its otherwise solid Portrait Mode that gives the much loved blurry background bokeh effect. We don’t like looking like Legolas after a facelift. But you might. Nonetheless, the triple camera setup is on the whole astounding. And the front-facing 24MP camera is no slouch either. As for video, you can bank on 4K recordings at 30fps, or slow-motion clips at 960fps (but only at 720p, which is a lower resolution that the HD offered by Samsung and Sony’s latests). Like Samsung and Sony’s ultra slow-motion efforts, Huawei’s is a little finicky, not great in low-light, and only good for a few seconds of footage. But again, it’s early days. At this rate we’ll soon be capturing thousands of frames per seconds — and hunting for wet dogs to test the feature on.

If you choose your phone by its camera’s capabilities the P20 Pro just became the strongest contender for your next purchase. Don’t believe us, head over to camera authority DxO Mark for their exhaustive review of the Pro’s shooting chops.

The Galaxy S9 has an OLED display. The iPhone X has an OLED display. The P20 Pro had to have an OLED display, and a great one at that. Thankfully, it does. The 6.1in panel is nearly edge-to-edge, boasts a solid Full HD+ resolution (2240 x 1080 pixels), and includes a much smaller notch up top than the iPhone. Of course, it doesn’t have to cram in Apple’s face-scanning smarts, limiting itself to a front-facing camera, single sensor (for focusing the camera, presumably) and speaker instead, but still, if we’re going to be subjected to notches for the foreseeable future (spoiler alert: we are), at least some people are going to care about the dimensions of said notch. Huawei’s is both less useful than Apple’s and less intrusive.

One of the notable omissions from the P20 Pro’s display is HDR support. We don’t watch much video on our handsets, so we’re not particularly put out by this, but if you’re a serial mobile Netflix binger and this sort of thing does matter to you, it’s worth being aware of. That said, there’s also not exactly a glut of HDR content for mobile beyond Netflix, so we can’t see why most people would care.

Like Samsung, Huawei tends to like to dial the colours up on its displays. The P20 Pro is no exception. Some people love that look, but if like us you like things a tad more au naturale, head into the settings menu and turn on ‘Natural tones’. While you’re there, turn on the always-on display and figure out which notifications you’d like from it. Huawei doesn’t turn it on by default, but we reckon the added battery drain is worth the convenience of seeing what’s happening at a glance. Down the bottom of the screen you’ll find a fingerprint scanner/home button. They’re getting scarce these days, either moving to the back or disappearing completely, but we’re glad of this slice of traditionalism… particularly considering how insanely responsive it is. Touch the sensor and the P20 Pro unlocks instantly, every time. Sure, you could use the front-facing camera for some rudimentary face-recognition-based unlocking, but anyone with a picture of you will be able to fool it, so we wouldn’t encourage it. Still, with a fingerprint sensor this good who needs face scanning?

You can read the full specs of the Huawei P20 Pro over here, so we won’t bore you with the minutiae. The key ones worth noting are the battery (an enormous 4000mAh), the RAM (a generous 6GB), the storage (a welcome 128GB, non-expandable) and the chip (Huawei’s own Kirin 970, which while a little slower on the benchmark tests than Samsung, Apple or Qualcomm’s latests, isn’t going to hinder even power users in daily use).

What’s more important is that Huawei has come to the party with flagship features in every key department. Even its EMUI overlay for Android is relatively understated, and a bit of digging in the menus makes it easy enough to minimise the effect. Sure, you can’t delete many of the default apps, but until recently you couldn’t do that on an iPhone either. Create a ‘Junk’ folder, dump them there, and forget about them.

In its early days, the Huawei was notorious for making copycat handsets that looked like rivals’ offerings, but fell far behind when asked to behave like them. Those days seem to be well and truly behind it. From the look and feel of the P20 Pro to its performance — whether you’re crunching numbers in Google Sheets, live-streaming to social media or playing a processor-intensive mobile game — it can hold its own again the very best from the rest.

Even more impressive, Huawei’s managed to keep the price in the realm of the reasonable. At around R15,000 (depending where you get it), it’s neck-and-neck with Samsung’s S9, and a full R4,000 cheaper than Apple’s entry-level 64GB iPhone X.

Look, moving between ecosystems is tough. If you’ve got an iPad, a pair of AirPods, Apple’s wristable strapped to your arm and a couple of AirPlay speakers dotted around your house, it’s going to take more than Huawei’s triple camera setup to get you abandon the good (if restrictive) ship HMS Apple. Similarly, if you’ve been wedded to Samsung since the Galaxy S2 (God rest it’s glorious, era-defining soul), have a pair of IconX in your gym bag and binge watch your shows on The Frame, we can understand your reluctance to bid Samsung farewell.

But if you’re not wedded to either of the big players, you’ve pitched your tent in Camp Android, and you want the most versatile smartphone camera money can buy, it’d be more than merely remiss of you not to consider the Huawei P20 Pro, it’d be downright foolish. Plus, it helps Huawei’s case that the Samsung Galaxy S9 looks just like its predecessor, and the iPhone X, well, costs almost R20,000… Huawei’s Porsche Design Mate RS has the best of the P20 Pro with welcome additions like wireless charging, but at more than R10,000 more it’s simply not worth the premium.

Of course, Samsung’s Note 9 is due any day now, and Apple will be showing off their new phones in a few months time, but as it stands today, the Huawei P20 Pro is the best smartphone you can buy (yes, yes, we know about the Huawei Porsche Edition Mate RS, but with its nearly R27,000 price tag what it gains in features it loses in the value-for-money stakes).

If you do get a P20 Pro, we’d suggest going for the gorgeous Twilight option, with its purple-to-blue gradient colour palette. It’s one surefire way for strangers to immediately know you went with the Huawei (your rebel, you)… especially as finding a case for it is currently impossible locally. That inability to protect it, along with the lack of a headphone jack, are probably our own substantive complaints about what is otherwise the best phone in our office today. Well done Huawei… we can’t wait to see what Samsung and Apple do to catch up.