2018 is off to a banging start, tech-wise, and we’ve got all of the best bits of tech to date in the May 2018 issue of Stuff Magazine. You want to pick up a new fitness band? We’ve got you covered. Want to up your kitchen game? We can arrange that too. Want the best of phones, drones, and yes, even automobiles? Find them all in the May 2018 Stuff Magazine. One day every home will have a virtual, digital assistant — an AI butler capable of giving you updates on news and weather, playing your favourite tunes on command, controlling your smart home’s connected devices and just generally being a helpful little fella. Today… is not that day but we’re getting closer to it. We test out the smarts-enabled Apple HomePod against the Sonos One, UE Blast, Google Home, and the second iteration of the Amazon Echo — all contenders for the smart speaker assistant of the future. See who comes out on top in our current issue. And now for something completely different from GoPro. Meet the GoPro Fusion, the action-cam company’s crack at the 360° camera. But if it was all the same as the competition, we wouldn’t be so excited. The Fusion’s auto-stitching software is neat enough but there’s also an app for those who want to process video in a hurry — if your device supports it. And then there’s the hardware… but enough gushing, get all the details in the May 2018 Stuff Magazine. 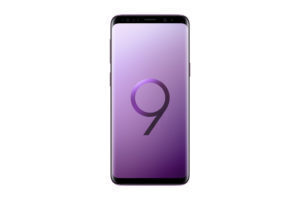 Everyone loves a good competition, except perhaps the people who lose them. That’s just the nature of the game. And in the May issue of Stuff, we’ve got an old rivalry and some old scores to settle — We’re talking about the fight between the Samsung Galaxy S9 and the iPhone X. Whichever side you favour, there’s no denying that it’s going to be one heck of a bout. Who is going to win in this contest between Apple’s super-phone and Samsung’s contender? There’s only one way to find out.

Is that all? No, of course not. We’ve got ways for you to improve your Google Chrome experience, smartwatches and fitness headphones, camera and car tests and even a few game reviews for you to get into in your downtime — to say nothing of our drone head-to-head and kitchen tech feature. You want the best tech in South Africa? You’ll find it here, in the May issue of Stuff Magazine.