Facebook hasn’t been having the best time of late, what with the Cambridge Analytica scandal which saw some 50 million (as was originally reported — see below) Facebook users having their data siphoned and then used to influence events like the British Brexit vote and the American presidential election in 2016.

This was followed by the revelation that Facebook was harvesting far more data than most users were aware of, including large amounts of call and SMS information via the Android Facebook app. The iOS equivalent didn’t have these issues, since Apple blocks access to this data for third-party apps.

Facebook’s now making changes to their ecosystem, a process that had already begun last week when they announced changes to the way that users access their data and privacy settings, but there are a couple more changes on the horizon.

The first of these is the new App Controls icon which will allow users to see which Facebook apps have which permissions and easily allow users to revoke that permission (in bulk) if need be. That’s rolling out from 9 April but there’s more to come.

The social network isn’t going to stop collecting your call and SMS data — if you’re an Android user and you’ve technically given them permission to do so — but they are going to be collecting less of it. They will no longer be tracking the duration of calls, and they’re going to be deleting all logs older than a year. The company says that it harvests this data in order to put the most-contacted folks at the top of a user’s Messenger or Facebook Lite contact list — they haven’t mentioned how they manage this feat for iOS users, however.

Facebook has opted to rewrite its data policy, in order to make things a little clearer. You know, the data policy? The thing that explains what happens to your data and what Zuckerberg and co. are allowed to do with it once it’s posted? The thing no user has ever read before signing up? It’s okay, Facebook has outlined the broad strokes in a blog post, with the main highlight of the data policy being an explanation of how user data is shared with outside sources when you use Facebook to interact with a page, app, or game that Facebook doesn’t directly control.

Facebook also knows an awful lot about the device that you’re using to peruse its pages, down to your battery charge, device software and hardware versions, and the signal strength you’re currently enjoying  — they explain just what they know here too. The company also outlines just how much of your data they can access when you’re doing things online that don’t take place on Facebook. Which makes us feel… better? Right?

In keeping with improved privacy, the social network will no longer allow users to search for others on Facebook by using a cellular phone number or email address. There’s no denying the feature was a useful one for users but it was also instrumental in scraping the public profiles of users and has the potential to be exploited further. For this reason Facebook will be killing off the search by phone number or email function, as well as making changes to account recovery, in a bid to prevent so-called “malicious actors” from abusing them.

Facebook has also pointed out that, rather than ‘only’ 50 million users effected by the Cambridge Analytics data siphon, that number is now closer to the 87 million users mark. It’s still a drop in the bucket compared to Facebook’s 2 billion total users but it’s also 87 million too many.

The current raft of changes is a step in the right direction for the social media giant but it still feels too much like mere damage control for a problem that may be getting out of hand. Mark Zuckerberg has an appointment with the American Congress next week, to talk about the company’s use of user data and how they intend to protect said data. If there are any more changes afoot, we’ll likely hear about them from there. Unless, that is, something else breaks about the social network in the interim. 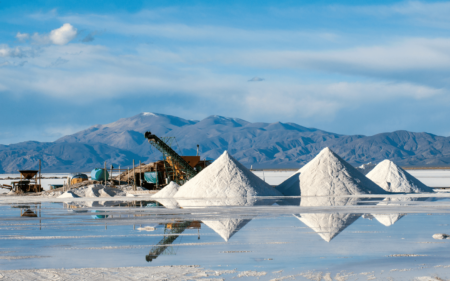