As the Cambridge Analytica scandal erupts, Facebook has been hit by string of new data controversies

How safe is Facebook? More specifically, how safe is your data on Facebook? Last week the latest privacy scandal struck the world’s largest social media network when it was revealed that Cambridge Analytica, the shadowy conservative data analytics company credited with winning votes for Bexit and Donald Trump, got its hands on 50-million American Facebook users’ data.

The social media giant’s was quick to point out it wasn’t a “violation” of its policies because the data was legitimately provided to psychologist Aleksandr Kogan who then sold it to Cambridge Analytica. It’s kind of like saying that gun used in a homicide was legitimately bought at a store before it was stolen, isn’t it?

Facebook’s value plummeted $37bn last Monday after news broke about this, while CEO Mark Zuckerberg’s wealth was shaved by $5bn. Within two days it had dropped over $50bn. Zuckerberg apologised five days after The Observer investigation broke, calling it a “breach of trust”. But it is so much more.

In the last year Facebook has fallen inestimably in the public eye for its many, many infractions. From the virulent spread of fake news, which was then revealed to have been orchestrated by Russian internet trolls, and seen by an estimated 126m people, to this data breach. Facebook’s responses have been as catastrophic, as its shown an inability to get a grip on this misuse of its platforms, the ham-fisted reaction to cutting all news (which affected real news organisations adversely) and then there are the reports that it fuelled hate speech and violence against Rohingya Muslims in Myanmar, about which the UN said “Facebook has now turned into a beast”.

Elon Musk, Pretoria’s most successful son, is one of the many high-profile people in the #DeleteFacebook movement by deleting pages for Tesla and SpaceX. It started with WhatsApp cofounder Brian Action’s tweet “It is time. #deletefacebook” – to which Musk replied “What’s Facebook?”

The extent of the data Facebook has gathered about its users is frankly terrifying. Last week numerous people who downloaded their data after deleting their accounts have discovered Facebook kept logs (called metadata) of all their phone calls and text messages when using Android phones.

Facebook says its mission is “connecting people” and “building a global community” but let’s not forget its ultimately about running a business, a business based on exploiting its own users data to sell them advertising. This is all deeply worrying.

Cambridge Analytica’s offence has been to use Facebook user data to manipulate people according to their intimate likes and dislikes, interests and passions and other personal interests to make a political decision. We usually call that propaganda.

Facebook is quick to point out this was “platform abuse” but this is what Facebook itself has been mining about its users for years to sell us advertising. The more they know about us, the more targeted the advertising can be. Kogan was only able to exploit the privacy settings of some 300,000 people who agreed to his personality test – and ended up with data about millions – because Facebook itself had such privacy options.

Worse still, Facebook knew about this data breach in 2015 and didn’t tell anyone. That alone is negligence that it is likely to be punished for by US legislators.

We live in a surveillance economy – where our online lives are being exploited by big social media firms to sell us advertising. We are under constant observation, not by the evil Big Brother of George Orwell’s 1984 by the self-serving, commercially focussed online firms. Like the infamous novel, the worst is still to come. 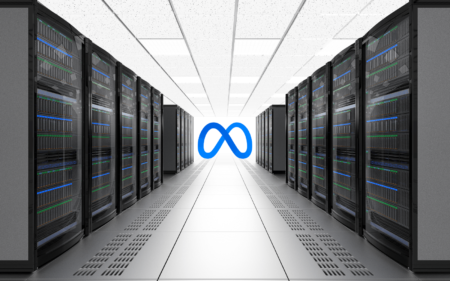