At the Stuff offices we’re accustomed to receiving loads of tech from around the world but almost nothing that is primarily South African. Even Vodacom’s series of smartphones are designed and released as Vodafone devices in the UK before getting here.

So getting a pair of CliffCentral.com’s unWired earphones was a bit of a strange experience. Gareth Cliff on the box, CliffCentral branding everywhere… yeah, looks fairly local to us. Though, to be fair, these were not developed specifically by CliffCentral. The unWired in-ears are made in conjunction with a company called Geist and they look to be branded Geist 18BL buds. So consider this review a bit of a two-in-one, then. So these are not, strictly speaking, local either. But they have a local face on them, which is about as close as we’re going to get. What else you get are the buds (more on those in a moment), a charge cable (microUSB to USB), a selection of replacement squishy in-ear bits, and a small carrying pouch which we’re… actually rather fond of — even if it’s the cause of one issue we experienced.

The buds themselves consist of two rather weighty (and magnetic) bits to poke in your ears, each toting the CliffCentral logo on its magnetised end. The magnets let you hang the buds around your neck when not in use but they have an actual useful function too — they turn the unWired headphones off when not in use. Unless you poke the buds into the little carrying case and they separate after you close the zip — in which case you’re going to need to charge them the next time you want to use them.

At least they charge up fast. The charge port lives on the little ribbon cable that connects the two earbuds, on the right side. The controller hosting the port also contains the Pause control, a set of volume controls, and a mic.

Ease of use: It could be easier but… so could everything The CliffCentral unWired earphones are extremely easy to set up, even if you take the typical Stuff method and completely ignore device documentation. Pop em out of the box, hold down the Play/Pause button for a few seconds and then find them on the Bluetooth devices-in-range list on whatever you’re attempting to connect them to (They’ll be called CliffCentral). Then it will automatically connect to the device whenever you separate the little magnetic switch.

At that point it’s just hit Play and wander off about your day. Just don’t wander too far — these have a standard Bluetooth range of about 10 metres (less if there are walls in the way). Since most are going to be using these connected to the smartphone in their pockets, we don’t see that being much of an issue. Battery life is decent too. 10 hours are claimed for music playback and we managed to push to close to 8 before… forgetting… to turn them off.

The playback controls are a little sticky from time to time, with a delay between pushing pause and the audio stopping or starting. So much so that we frequently would double-press in frustration, getting exactly nowhere. Patience wins the day.

Keeping them in your earholes is going to take some doing. The default set of squishy bits is enough for casual usage but we found that the ribbon cable was helping to yank one bud or another out when normal neck movement tugged on it. This is alleviated by the selection of interchangeable bits that come with it — whether your ear-hole is larger (or smaller) than normal or you just want some extra security while jogging, there’s an option for you. Including one where you can clip the unWired buds to your collar. Neat. Which brings us to the second-most important thing. Okay, it’s tied with the price for first place. How do the CliffCentral unWired earphones sound? They’re… better than expected. Bass isn’t as overbearing as we’ve seen in some headphones and the mids and highs are typically clear. Vocals in particular are clean, whether you’re listening to Killer Mike and El-P rapping like a pair of well-paid machine guns or Judas Priest’s Rob Halford waking the dead with his opening scream from Bullet Train — though we’d appreciate a little more body behind distortion-heavy tunes. That’s just a personal preference.

But it makes sense, as the CliffCentral buds are being targeted at those who listen to the show, and other podcasts, with some music on the side. If you’re going for high-end audio fidelity then you’re going to be spending a little more than the paltry R550 price tag seen here. Under R600 gets you ‘good enough’ sound. If you’re looking for audiophile quality at this price point you’re heavily delusional. But less than 600 bucks does give you some quality wireless buds that won’t cause too much of a financial scene if you forget them somewhere. Just don’t expect Sennheiser drivers, is what we’re saying. 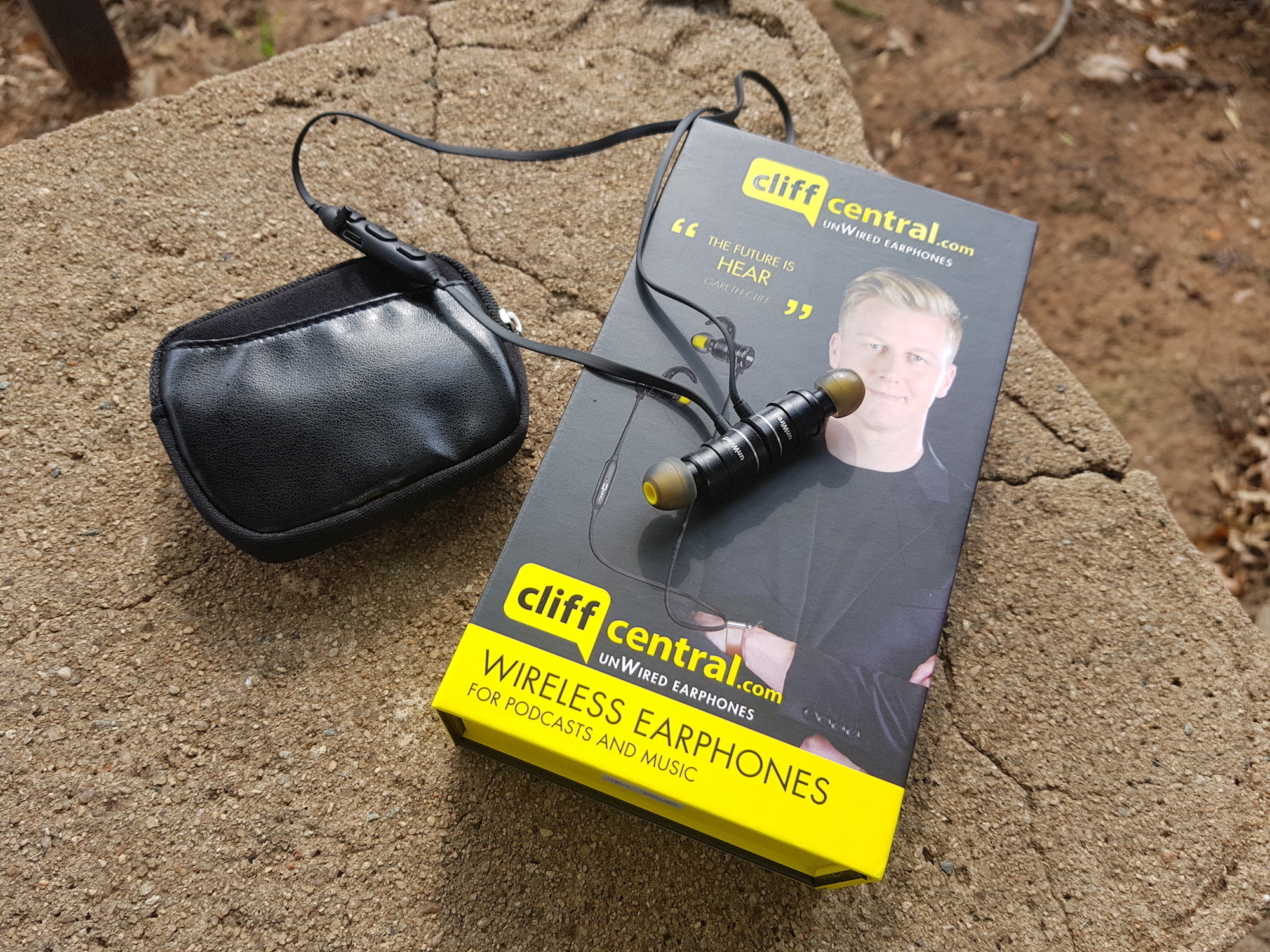 So you’re looking at sub-R600 in-ear headphones with Bluetooth, in-line controls, and a built-in mic from the CliffCentral/Geist partnership. If you’re a podcast fan you should have a pair already, and perhaps a spare in the car, based on the price alone. If you’re after some wire-free tunes, whether bumbling around the office or on a jog, you can also do worse than jumping onto a set of these. They even work out cheaper than our non-wired Top 10 champ, the SoundMagic E10C in-ears, which has the edge in sound quality but, at this point, little else. Think about that.