We had the privilege of taking Fujifilm’s new flagship mirrorless camera, the X-H1, out for a spin at a motocross track last week. It was dusty, it was dirty, but it was completely in focus.

On 15 February, Fujifilm launched the X-H1, the highest performing camera in their X Series. It combines a robust, durable body with great image quality and easy operation (especially for a novice photographer), the Fujifilm X-H1 is the first camera in the X-series to include 5-axis in-body image stabilisation (IBIS), which works well for both photography and videography.

The X-H1, is a big boy by mirrorless standards, and there’s an optional battery grip that makes the camera feel more balanced when you stick a giant piece of glass on the front, like Fujifilm’s 100-400mm lens. Stick a compact prime or zoom on the front, though, and you’ve got a camera ideally suited to street photography or other scenarios where portability matters.

The camera body is designed with demanding professionals in mind. It’s robust and durable and should be able to handle plenty of knocks and inclement weather, which is good news whether you’re shooting stills or video. And whatever you’re shooting should be sharp thanks to the in-body image stabilisation feature which that can add up to 5.5 stops. Like the outstanding X-T2, the new model is dust-resistant and water-resistant while also having the ability to operate in temperatures down to -10°C (for those weekends in the Alps — JK, we’re not rich enough for ski holidays). This, because it is constructed from 25% thicker magnesium alloy compared to the X-T2. Despite this, the X-H1 is still feels lighter than its predecessors.

There’s also a new LCD display on top so you can see settings at a glance, and the usual excellent combination of the EVF and rear display means its easy to get the image you want whether you’ve got the camera to your eye or you’re shooting from the hip.

You need to keep in mind that we are not professional photographers, but journalists who like to dabble in photography. And a very expensive piece of tech was handed to us before sending us into the middle of a dirt-race track while high-speed motorcycles zoom past. What could go wrong? 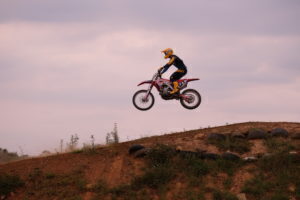 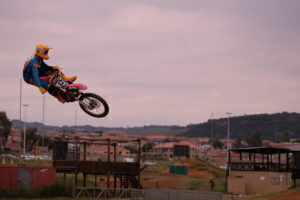 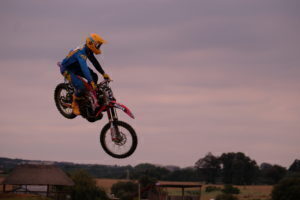 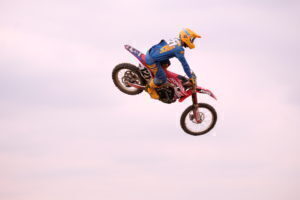 First, you get to look through the high-magnification, high-precision electronic viewfinder, which has a magnification ratio of 0.75 times and 3.69 million pixels resolution. Wow. The X-H1 is also equipped with a touch-sensitive display monitor that can swivel up and down, which is perfect for uncomfortable shots higher up or down-low. Just don’t try to swivel it around into selfie-mode. This camera is for professionals, not for Snapchatters, okay? In addition to its great ergonomics, the X-H1 has the quietest shutter sound of all cameras in the X Series, making it an ideal tool for environments where stealth is required, like shooting animals in the wild, or wild humans in the urban jungle.

If you are a photographer or videographer looking for top-notch image and video quality in a package that’s more portable than your traditional DSLR, the Fujifilm X-H1 definitely deserves a look.

The IBIS, combined with the new body-design puts this snapper at the top of the mirrorless category. And thanks to the smaller body, the lenses are smaller — and usually cheaper than their DSLR equivalents — too. Naturally, as a flagship camera you’re looking at a five-figure price tag here — the X-H1 body costs around R24,000. Add the battery grip (which has two extra batteries and pushes the maximum frame-rate of the camera) and you’re looking at R32,000. That’s before you get stuck into glass to stick on the front, but then try getting a semi-professional DSLR for less.

The Fujifilm X-H1 is available from all major photography retailers and online.