We’ve seen a pattern like this before: Samsung’s Galaxy S7 took its cues from the Galaxy S6, the company’s last radical redesign. Having the same thing happen in the jump from the S8 to the Galaxy S9 isn’t completely unexpected.

This Apple-like approach to handset releases might make for a less-exciting reveal but that’s as may be. There are some high points to be seen for 2018’s smartphone of the year contender — if only because Samsung has worked on the few issues we had with the S8.

It may not be different on the outside (much) but there are things that set the two devices apart. Here’s what they are, as well as an early determination on whether you should be upgrading from the Galaxy S8. If you’re using an S7 or earlier then you should have your pre-order in already. You’ve seen the Galaxy S8, right? Then you know what the S9 looks like — here’s almost no difference to be seen. From the front, that is. That’s not a bad thing, the Galaxy S9 is as much of a looker as the S8 is. In fact, that S8 design is, for our money, still the best-looking handset on the planet right now.

From the rear, things are almost identical… except for one small but significant point. Samsung has moves that fingerprint sensor to a more sensible position beneath the camera lens, meaning that you’re going going to be smearing fingerprints all over your social media glass. The one real wish we had for the S8? Samsung’s gone and given it to us.

SCREEN: SAME AS BEFORE From where we’re standing, there’s no real difference between the displays found in the Galaxy S8 and Galaxy S9. Samsung hasn’t changed a thing (unless there’s something they’re not telling us). But we guess that they don’t want to mess with near-perfection. The Quad HD (1440p) Super AMOLED screens from 2017 are sticking around in the same sizes — 5.8in for the S8 and 6.2in for the S9 Plus.

Which means that we’ve still got that 18.5:9 aspect ratio to play with, which translates to a lot of screen real space for games, apps, media, and anything else you might like to display on your screen. Samsung knows a good thing when they have it and the fact is that they just didn’t have to change the display this year. They might not even have to in 2019. It’s that good. 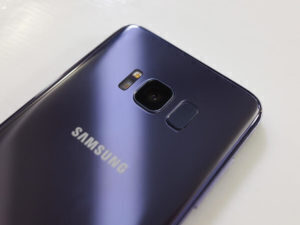 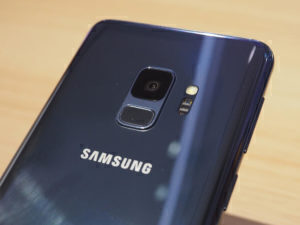 Want to find something that will influence your upgrade choice? It’ll be found here, in the camera upgrades department. The most obvious change is that Samsung’s given the Galaxy S9 Plus a dual camera setup compared to the Galaxy S8 Plus’ lone 12MP camera — which is no slouch at all, we can tell you. But two of them? Yeah, two is better. The S9 and S8 both have a single 12MP camera as well but there’s a little difference there too. But first…

The Galaxy S9 Plus jumps onto the dual camera bandwagon that everyone else seems to be riding these days. Samsung have taken their shot with a wider aperture, upping it from f/1.7 to f1.5 and making everyone else look a little dated in the process. We’re not complaining, since we get more light for low-light shooting in the process. The S9 Plus’ secondary sensor clocks in at in at f/2.4. Speaking of which…

Both the Galaxy S9 and S9 Plus’ main 12MP sensor (that f/1.5 one) have a little trick they can do: automatically vary the aperture between f/1.5 and f/2.4 depending on the lighting around whatever you’re photographing. Better exposure, more detail and contrast are the end result and this sets the S9 range up to be the phone to beat, photography-wise. We don’t see the S8 clan packing any tricks like this.

PERFORMANCE: BIT OF A BOOST Here things are different but not too different. We’re getting Samsung’s Exynos 8910 processor upgrade while the Americans have to contend with the Snapdragon 845 but we believe that the Exynos version will be faster — based on the benchmarks we’ve seen so far. It’ll be quicker than the S8, though, which is what we’ve been looking for.

The Galaxy S8’s specs roster sticks around a little longer in the S9: 4GB RAM and 64GBm of storage but there’s 6GB RAM in the Galaxy S9 Plus this year. This makes Samsung’s Plus-sized model more than just a larger version of the main flagship this year.

Battery? Yeah, Samsung is keeping that the same this year: the Galaxy S9 has same 3,000mAh battery as before, while the Galaxy S9 Plus keeps the same Plus-sized tally of 3,500mAh. Wireless charging sticks around because, honestly, who’s going to to step backwards on these things. Hey, if it ain’t broke, don’t introduce a software update that’ll mess with it.

Samsung’s DeX Station is back with a new appearance and form factor, adding functionality for the Galaxy S9. Want to turn your smartphone into a desktop PC? This’ll help you do it but it works a little differently this time.

The new dock lets you lay the phone flat, using the touchscreen as a trackpad as well as interacting with a mouse, keyboard, and external display. DeX will make your mobile machine even more mobile, since you technically won’t really need the peripherals. We’d still use em, but the option is there to discard them to quick jobs.

The headphone jack sticks around, as does Samsung’s waterproof rating and one new feature:stereo AKG speakers. Plus Gear VR support, so you can mobile VR your way around some more virtual environments. Samsung have given this aspect a little extra juice at the processor level as well. It’s hard to argue that the Galaxy S9 is anything other than an incremental release but we’ll be damned if it isn’t a good-looking one. The specs that remain unchanged didn’t actually need changing and the changes that were made are welcome — we’d say that this is the phone Samsung should have released last year but the S8 was a mighty good device in the first place.

And there’s some real innovation in the shape of Samsung’s variable aperture camera sensors on both S9 models. The secondary sensor on the S9 Plus could help Samsung reclaim the lead from all those other smartphone makers who have been going nuts on dual camera setups for the past year or so as well. .

Regarding a possible upgrade, our first reaction is to say that you don’t need to trade up if you’re already rocking an S8 or an S8 Plus. Sure it’d be nice but you’re not going to get too much different for your money. If you’ve been sitting on the fence about the S8 or if you just have an older-model Samsung then you’re looking at the best phone you’ve seen so far. You almost owe it to yourself to get the upgrade the moment it’s available.