This time last year Nokia stole the show at Mobile World Congress in Barcelona with an unlikely star, its updated version of the classic 3310. This year another retro-inspired handset for feature phone fans has been added to the Nokia lineup in the form of the 8110 4G. The original 8110 became iconic thanks in part to the 1999 movie The Matrix (while simultaneously inescapably dating the film).

As you’ve probably picked up from its moniker, the 8110 4G might look like it’s rolled out of a time machine — lack of protruding antenna notwithstanding — but it’s equipped with contemporary 4G connectivity and can even be used as a wireless hotspot. Don’t worry, though, you can still whip the slider shut to end a call with a touch of panache.

Another sliver of retro chic the 8110 4G brings with it is its curved body. Not since the LG G Flex range have we seen anyone try and sell us a curved phone with a straight face. Let’s hope for Nokia’s sake its offering proves more successful than LG’s. Get the 8110 4G in yellow and the comparisons to a banana with a screen will be inevitable. 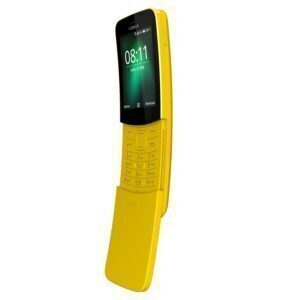 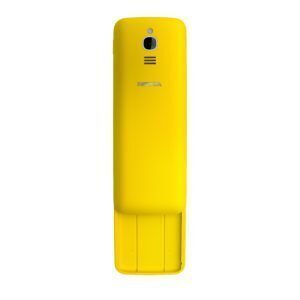 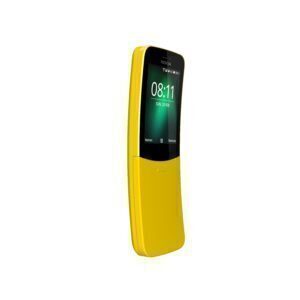 HMD Global, the Finnish company that now makes Nokia handsets, tells Stuff with the 8110 4G its trying to “expand what’s possible with a feature phone”. The device runs Nokia’s “Smart Feature OS”, which is powered by the Kai OS popular in feature phones like those from India’s JioPhone.

It’s the same OS found in the 3310 4G, and HMD says it offers “an excellent browsing experience” and “an app store that 3rd party developers have already created a wide range of apps for”. The device also supports Gmail and Exchange email accounts, and users will be able to synchronise their calendars and contacts — which might make the 8110 4G more appealing than many rival — less-smart — feature phones.