Stuff Magazine got an early look at the upcoming trio of Android mid-rangers from Sony’s Xperia lineup: The Xperia XA2 Ultra, the Xperia XA2, and the Xperia L2 — all upgrades on the existing XA Ultra, XA and Xperia L handsets. And we’ve got the likely South African launch date too. Expect these to drop on 2 April 2018. All three look to be significant updates on their preceding models but the main selling point for all three is the camera. Specifically the front-facing camera, with selfie upgrades coming to the whole range. The front-runner in terms of camera tech, though, is the largest handset — the Xperia XA2 Ultra.

The Xperia XA2 Ultra has something that we haven’t seen before in a local smartphone — dual front cameras. Really obvious dual front cameras, with a 16M sensor with OIS sitting on one side and an 8MP super-wide (120°) sensor sitting on the other. From our brief hands-on time, swapping between the two sensors make a very noticeable difference between cramming a bunch of people into the field of view of having everyone spread out in the background with some space to spare — if you’re into selfies, the XA2U is going to have you upping your game without you even noticing it. After a while, that is. You’re going to see just how much coverage that super-wide sensor gives you. It’s a little hard to miss. 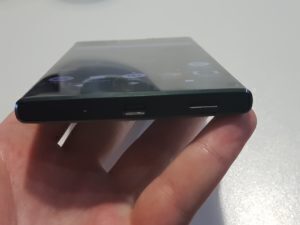 Elsewhere on the specs front, the Xperia XA2U moves up to a Snapdragon 630 processor from its previous MediaTek P20 chipset, augmenting the upgrade with 4GB of RAM, 32GB of storage, a 3,580mAh battery, and microSD storage. The 6in display, which does have thinner side bezels in concession to the current trend, is set into a thicker-than-we-would-like body that is typically Sony in terms of sturdiness. Hey, if you could have everything in a mid-range phone it’d be a flagship.

The Xperia XA2 is the same thing, more or less. But different. Smaller, for one, with a 5.2in display backed by the same processor as its older brother — the Snapdragon 630, up from the MediaTek P10 — but with a slightly reduced RAM complement. 3GB should be enough for most, though. Default storage is the same between models and so is the option to expand storage using a microUSB. Sony has told us a little bit about the colour options for this one: In addition to black and silver, there might be blue and pink handsets — which look rather fetching — heading our way. None of this is set in stone yet, however. We’ll keep you posted. 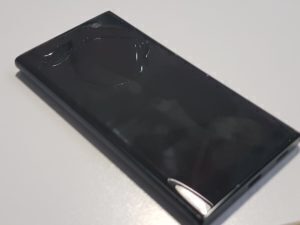 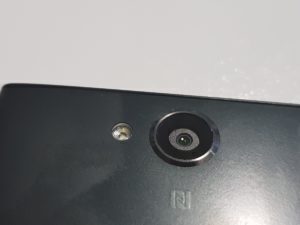 The front camera is a little different in that it chucks the dual option in favour of just the 8MP 120° super-wide shooter. The rear camera is the same as the XA2 Ultra as well, Sony’s own 23MP Exmor RS sensor is in both — which means that both are capable of 120fps slow-motion video capture in HD and also 4K video recording (not in slow-mo, though). If you want high-res video on the go, this might be the place to look.

The naughty little one

The last handset in the collection is the Sony Xperia L2. This one keeps its MediaTek processor pedigree, having an MTK6737T at its heart with 3GB of RAM, 32GB of storage and a 3,300mAh battery under the skin. It is the bulkiest-feeling of the three handsets which shouldn’t make sense since it’s got a 5.5in display. It just feels thicker. 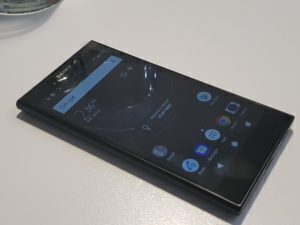 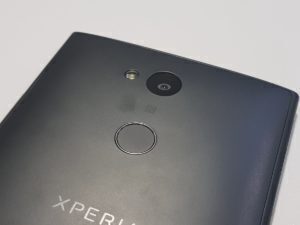 The 23MP Exmor RS rear sensor isn’t available here. Sony’s instead scooped in a 13MP rear sensor but they’ve kept that 8MP 120° front-facer in place. Just because it’s a budget handset (and the Xperia L2 is set to be the cheapest of the three) doesn’t mean that they are going to leave out their neatest new feature.

We’ll have our hands on retail models soon, so expect reviews of these three sooner rather than later. Pricing isn’t available yet — as is typical with Sony we’re going to have to wait till closer to launch day for costs to be locked down. That’s fine with us, 2 April isn’t that far off at all.