2017 was the year that the smart speaker went properly mainstream, thanks mainly to the Google Home and Amazon Echo becoming household names. But one tech company with designs on controlling your smart home kit never made it to the party.

Apple’s HomePod smart speaker, announced in 2017, was originally scheduled for a pre-Christmas launch, but has now slipped into 2018. That said, it’s a premium-priced product offering some stuff you won’t find in any of its competitors – and it’s an Apple product – which means we’re eagerly awaiting its arrival.

While we do, here’s everything we know so far about it.

WHEN WILL THE HOMEPOD BE OUT? When Apple revealed the speaker back in June of 2017, it announced that it would be on sale in the US, UK and Australia in December of that year. That hasn’t happened, with the release date now shifted (owing to Apple needing “a little more time” according to a statement) to “early 2018” – a period which we are in at the time of writing, but that could theoretically extend to April or even May or June.

Our guess? The world will see the HomePod before the end of March, but that’s just a hunch. We’re sure to hear more on a release date soon, so stay tuned for updates when that happens.

FACT OF FICTION?
“Early 2018” is straight from Apple’s mouth, but also fairly vague. It could mean “Q1 2018” which would suggest HomePods would being shipping to customers by the end of March, or it could mean “first half of 2018”, which kicks things on to June. But our gut feeling – based on little more than instinct for these things – is that we’ll see it in the first quarter.

HOW MUCH WILL THE HOMEPOD COST? While Apple (through local chappies Core) has yet to confirm a local price for the HomePod, it has slapped a $349 tag on the US version. That converts to about R4,250 at the time of writing, but given the way these things usually go, we’d predict an SA price of closer to R6,000.

That’s high for a mono smart speaker – the Sonos One can be picked up for $199 (R2,500 — that’s an import, the speaker is still Rtba here), the Google Home for R2,500 to R3,000 and the Amazon Echo from R3,000 – so Apple will need to convince the world that HomePod’s features and performance are worthy of that extra outlay.

That said, it is still cheaper than Google’s super-powerful smart speaker, the $399 Home Max (which goes for R11,000 locally) – we look forward pitching them against each other in a face-off soon.

FACT OR FICTION?
Given the way Apple experiences markups here in South Africa, we’d be very surprised if the HomePod cost less than R5,000 – and wouldn’t be at all surprised if it turns out being as much as R6,000. Or even more… You know who you can thank for that… 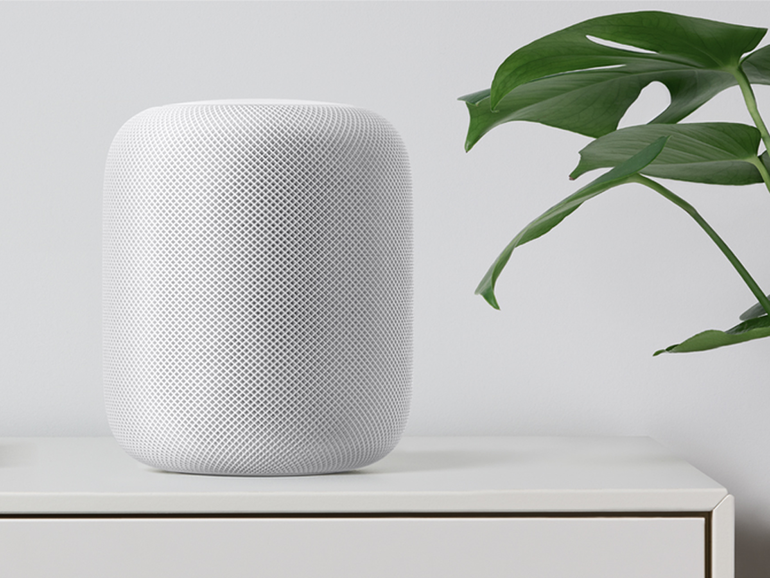 This is an easy one, because Apple has released loads of official photos and videos of the HomePod, and there’s basically zero chance of any aspect of its exterior changing before the imminent retail release.

The speaker will measure 172mm in height and 142mm across, weigh 2.5kg and come in two colour options: White or Space Grey.

It’s a cylindrical device with softly rounded-off edges, almost totally wrapped in a mesh fabric weave save for its base and its top face, which features an LED waveform to show you when Siri is listening as well as a touch-sensitive button – tap it to play, pause or adjust volume during audio playback.

FACT OR FICTION?
This one is 100 percent true; check the Apple website if you don’t believe us! Apple has already announced a bevy of audio features for the HomePod, such as its seven beam-forming tweeters and its (Sonos-style) real-time sound modelling, which will adjust audio performance depending on where in the room the HomePod is placed. If you put it in a corner, for example, it’ll know – and likely tweak the bass output slightly to ensure things don’t get too boomy. We’re predicting impressive things audio-wise from this speaker – simply because Apple has to get it right to justify the asking price.

You can also combine two HomePods in a single room for better performance, or set up several throughout your home as a proper multi-room system (using a/b/g/n/ac Wi-Fi and AirPlay 2, which means you can integrate it with other AirPlay-equipped speakers).

FACT OR FICTION?
Given the price tag and Apple’s talking up of its features, we’re expecting the HomePod to be at least as adept as a Sonos One when it comes to music playback quality – but until we’ve given it a proper listen, we won’t know for sure.

WHAT FEATURES WILL THE HOMEPOD HAVE? Staying on the music tip, the HomePod will take things a bit further than Alexa or Google Assistant with its musical knowledge. So (at least when you’re using Apple Music), you’ll be able to ask Siri not only to play a particular song, but quiz her as to what year it was recorded, or as to who played the drums. Apple claims it’ll learn your musical tastes by which songs you skip and which you like, tailoring future automatic playback to fit.

Being a smart speaker, it’s also able to control a multitude of smart home products, provided they’re compatible with Apple’s HomeKit platform – including from outside your home, using the Home mobile app. Siri arguably isn’t quite as easy to talk to as Alexa or Google Assistant right now, though, so it remains to be seen how the HomePod stacks up against its big (and cheaper) smart speaker competitors (each of which taps more into your personal shopping and search data in order to tailor its results). On the tech front, the six integrated microphones promise to hear your requests and commands clearly from the other side of the room.

According to a discovery by journalist Filipe Esposito, who has combed through the Home app’s assets, you’ll also be able to disable the mics’ always-on nature if you wish, even if that’s just temporarily.

FACT OR FICTION?
Again, most of these features have been officially confirmed by Apple prior to the HomePod’s arrival. The exception is the ability to turn off the mic, which is available on rival smart speakers – so we’d be less than shocked if it turns out to be true.