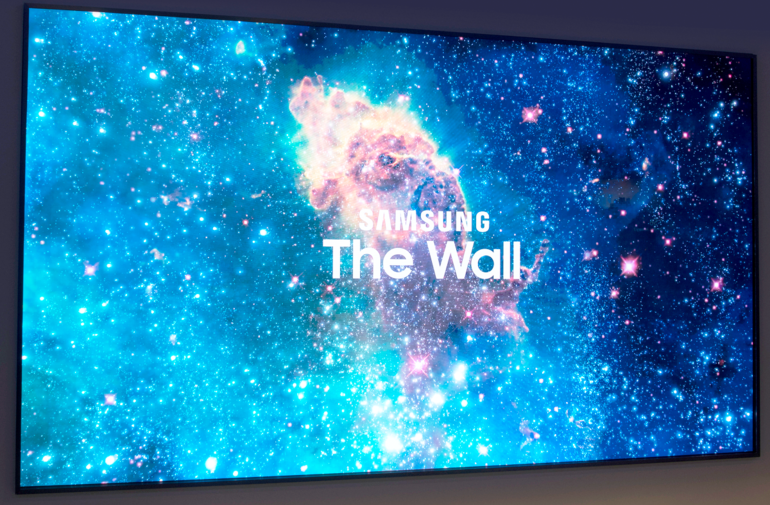 Look, we like TV screens as much as the next guy but we’re not sure that we have the space — or the budget — for Samsung’s latest and certainly greatest (literally) TV. Called The Wall, this is a 146-inch TV which uses a technology called MicroLED. MicroLED confers benefits similar to OLED, in that each LED is able to switch on and off independently and doesn’t require a backlight. Oh, and the whole TV is modular. Samsung isn’t really explaining what that actually means, though, beyond saying that “…the modular screen can be used to create a wall-sized display, or simply let consumers increase their traditional screen size to suit a new room in the home”. And The Wall is almost 4 metres across. The price? We don’t want to think about it. HMD Global Nokia has brought out a second generation of the Nokia 6 smartphone, though you’re going to want to live in China if you want to get your hands on one — at least for the moment. The new handset has had an upgrade across the board, with the processor climbing from a Snapdragon 430 to a Snapdragon 630. RAM has shifted from 3GB to 4GB and the micro USB port has been swapped out for a USB-C. The other specs, of a 5.5in HD screen, 3,000mAh battery, 16MP/8MP camera arrangement and 32GB of storage, remain the same and so does the price (again, in China only for now). It may take some time but this second-gen Nokia 6 should make it to the rest of the world originally.

SpaceX, over the weekend, successfully launched Zuma into space

SpaceX has managed to launch Zuma into space. Here in South Africa that sentence means something very different but in the States, Zuma is a very secretive satellite system. The satellite, the purpose of which is wholly unknown, was made by defence contractor Northrop Grumman. It’s quite important, whatever it does, and it’s also late — the mission was originally supposed to have flown in November last year. Elon Musk’s company has now made it a reality, capping off the top secret mission by successfully landing the Falcon 9 rocket used to send the mystery payload into space. Once upon a time you were the man if you had an Nvidia TNT GPU riding inside your (way too hot, rickety, home built) PC. We’ve come a long way since then but you’re still going to want an Nvidia system controlling your stuff — in this case, your self-driving car. Nvidia has taken the wraps off Xavier, the system-on-chip designed to power the AI used in self-driving cars, at this year’s CES. Xavier users over 8 billion transistors in an octa-core CPU, a 512-core Volta GPU, an 8K HDR video processors and hardware sections for computer visions and AI learning. The company says that Xavier is capable of 30 trillion operations per second (using 30 watts of power) — which might seem like overkill if you’re not using the system to account for the information being consumed by a car that’s driving itself.