Huawei’s latest and greatest smartphone headliner has been unveiled and it actually is the greatest device the company has made. The Huawei Mate 10 and Mate 10 Pro arrives with some new AI features, a new in-house Kirin chipset and a Porsche Design edition as well. Just because. The Mate 10 packs in a solid 5.9in 1,440 x 2,560 display, 4GB of RAM, 64GB of storage and that new Kirin 970 processor we mentioned. The Kirin 970 is constant across the range and consists of a 2.4GHz Cortex-A74 and a 1.8GHz Cortex-A53 sandwich to make up the octa-core. How it performs is something we’re keen on seeing in real-time, since Huawei’s internal processors have only been improving over time.

The Mate 10 Pro and the Mate 10 Porsche Design edition share a lot of specs, if not the actual design. The pair both have a 6in display (1,080 x 2,160), meaning that the Mate 10 has a better screen — at least on paper. They make up for it by having an IP67 rating, something that the standard handset lacks, so if you often drown your phones then the Pro edition is the one to get. The Pro is available in 64GB/4GB or 128GB/6GB configurations but if you want the 256GB/6GB RAM combo then you’re staring down the barrel of the Porsche Design edition’s price. 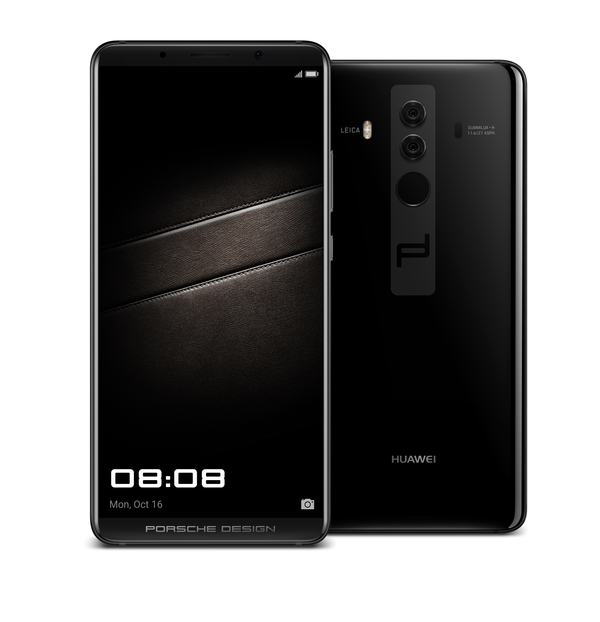 But they’re not hammering that nail as hard as previous years. This year its all about the integrated AI, called HiAI. That’s because the new Kirin 970 processor features an integrated NPU (neural network processing unit) that facilitates “…real-time responses to users, including AI-powered Real-Time Scene and Object Recognition and an AI Accelerated Translator.” That’s something we’re also going to want to see in action.

South Africa is getting the series on 6 November 2017 which is right around the corner, relatively speaking. Pricing will be announced closer to the time but if you’re not keen on paying for one you can pick up the newest issue of Stuff Magazine and stand a chance of winning yourself one. Just sayin’.