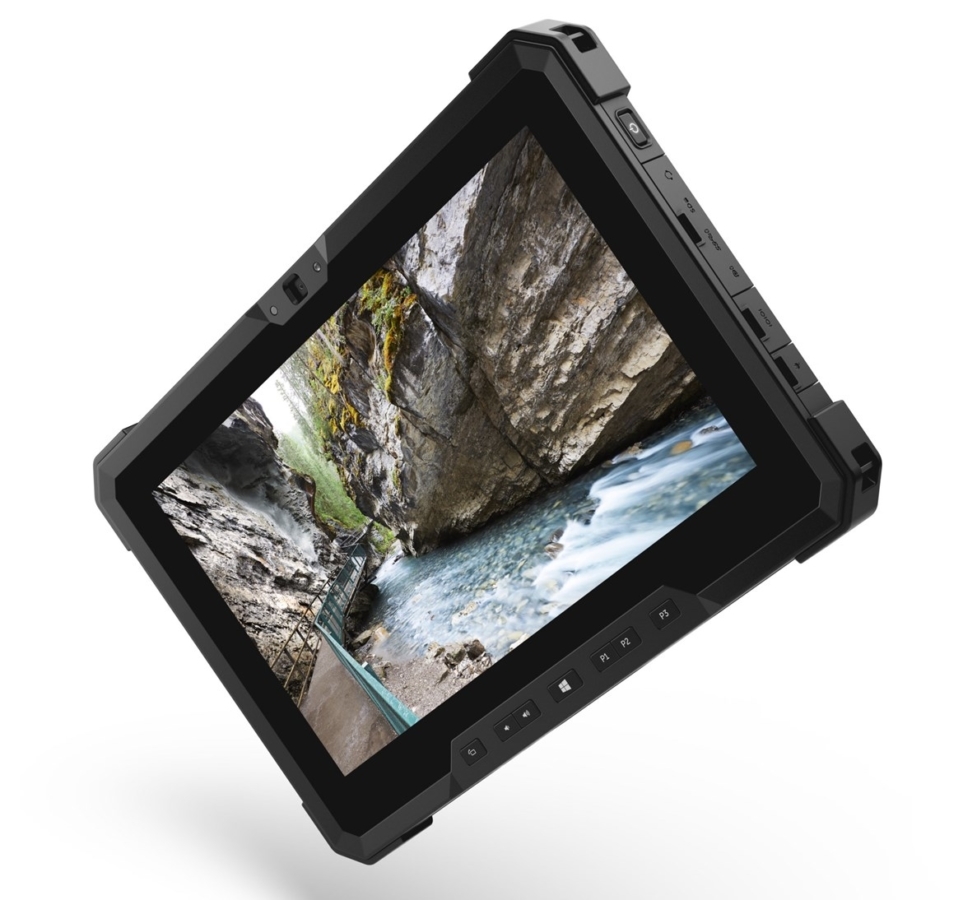 Dell has a new tablet on the horizon and it’s a tough one. And if you were not aware that Dell made tablets then you haven’t been paying attention. The Latitude 7212 is the successor to the company’s previous Latitude 12 Rugged Tablet, with this updated model carrying the same name.

It’s only the model number, and the construction, and the specifications, which are different this time around. But the name? The name stays the same. Sorta. This model is officially known as the Dell Latitude 12 Rugged Extreme Tablet, because everything is better when it’s Extreme.

No, really. Dell has gone all out to earn the name. First, by giving this 11.6in tablet the kind of construction that would make a turtle jealous, second, by making everything that plugs in or clips on rugged in some way. That’s how you can get a rugged (deep breath) charger, dock, keyboard cover, shoulder strap, something called an ‘extreme handle’, and an IO module. All of those items can be prefixed with the word “rugged”, making this tablet something you take bear hunting. Because you can use it to bludgeon bears to death. And then post about it on Facebook. (Please don’t actually do this.)

The Latitude 7212 has been designed to withstand the elements, from sea water to sand, temperature extremes, and other unpleasant settings but it’s the specs that will lift your eyebrows. Sixth and seventh Gen Core i-processors from Intel, up to 1TB of (removable) storage and up to 16GB of RAM define this Windows 7/10 tablet.

The display is Gorilla Glass and supports multi-touch — with gloves on. Dual batteries, which can be hot swapped, provide up to 19 hours of battery life and there are optional GPS and LTE models for this rugged little monster. Perfect for that trip to the rainforest and/or the snow-covered tundra. It’ll probably outlast most users.