Chances are very slim that you currently own a Samsung Galaxy Note 7, despite how impressive it was at launch last year. Why? Because Samsung recalled them all.

While the phone itself was gorgeous and worked beautifully during testing, a number of buyers experienced extremely dangerous battery issues that led to fires and small explosions, including injury and damage. So Samsung took them all back and decided to regroup for 2017.

And following the successful Galaxy S8 launch, now we have the Galaxy Note 8 on the horizon. It clearly follows in the footsteps of the Galaxy S8, and it’s likewise an evolution of what we saw with last year’s short-lived model.

But how does the Galaxy Note 8 to the phone that some people rocked for a few weeks in 2016? Here’s an early look at how the specs shake out. 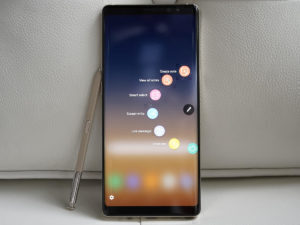 The Galaxy Note 7 looked good in a Galaxy S6/S7, 2015-2016 sort of way, but the Galaxy Note 8 is a gorgeous-looking handset for today. The front is almost all screen, with barely any bezel on the top and bottom, and pretty much nothing on the sides.

Yes, it’s quite a bit like the Galaxy S8 Plus in profile, but as with last year’s device, the screen has sharper curves along either side, giving it more of a boxy look. As we said in our hands-on, while the S8 is “smooth, soft, and almost pebble-like,” the Note 8 “feels like it means business.”

And the new Maple Gold is slick, too, alongside Midnight Black.

The Galaxy Note 7 is still a nice-looking, super-premium handset, but this year’s Galaxy aesthetic is so sleek and stunning that we can’t help but give the Note 8 the clear win here. 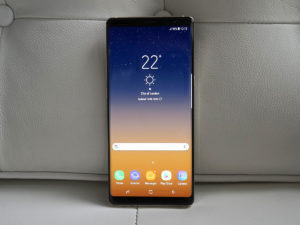 Both of these displays are Quad HD, Super AMOLED panels, so it’s hard to go wrong either way. But the extra-tall 18.5:9 screen at 6.3in gives you more real estate to play with than last year’s 5.7in 16:9 screen, but you really don’t feel the extra size in your hand.

Also, it supports mobile HDR for even more striking contrast in streaming media and other content. You shouldn’t see a huge difference in performance between the screens in everyday usage, but the Note 8 should have a solid edge.

And, of course, the Note 8 packs more S Pen stylus tricks than its predecessor, including a Live Message feature for doodling on that big, bright screen, plus the ability to translate full sentences on the fly. Again, this category goes for the Note 8. 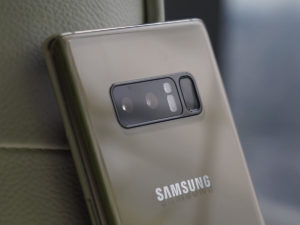 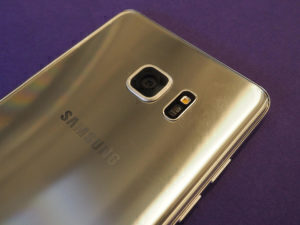 What’s better than one brilliant Galaxy camera? Well, two – obviously. And that’s exactly what Samsung is doing with the Galaxy Note 8.

While the Galaxy S8 resisted the popular dual-camera trend, the Note 8 goes all-in with a pair of 12-megapixel snappers on the back – and both of them come with optical image stabilisation, too. The main sensor keeps the f/1.7 aperture and dual-pixel autofocus from the Galaxy S8, while the secondary telephoto lens gives you f/2.4 with phase-detect autofocus.

With this doubled-up approach, you can get the familiar portrait mode from the Apple iPhone 7 Plus and Huawei P10 Plus, and you can toggle between 1x and 2x optical-style zoom without losing detail in the process. In other words, perks.

We haven’t been able to take the Note 8 camera out and about for extensive shooting just yet, but everything seemed great in our hands-on. Given how excellent the Galaxy S8 camera is, we have a feeling that the Note 8 will provide at least a slight advantage over last year’s Note 7, which had a fine snapper of its own.

Well, this one’s pretty straightforward. The Galaxy Note 8 comes with top-of-the-line tech, of course, with this year’s Exynos 8895 processor powering the beast alongside a hearty 6GB RAM. That’s 2GB more than the Galaxy S8, of course.
Last year’s Note 7 had the best at the time, naturally: Exynos 8890, which is just a step behind in raw processing power, and 4GB RAM. We can’t say whether the difference is all that noticeable… in large part because we don’t have a Note 7 in our possession anymore… but the Note 8’s chip would take this in benchmarks either way. More is better when it comes to power (as well as, you know, most other things).

BATTERY AND PERKS: TAKE A GUESS! Is there any chance whatsoever that we’ll give the battery category win to the Galaxy Note 7? No, of course not – but it’s worth noting that the Note 7 had more battery capacity to play with. The Note 8 trims down the tally to 3,300mAh, while the Note 7 had 3,500mAh.

Of course, that was the whole problem: Samsung tried to pack in too large of a battery into too tiny of a space, and the results were disastrous. We understand Samsung’s conservative urge here, although if the Note 8 underwhelms with its battery life, then there are going to be some disappointed buyers out there.

Both devices offered Gear VR support, but the Note 8 has its own extra perk: the DeX station, which lets you pop the phone into a dock, hook it up to an external monitor alongside a mouse and keyboard, and get a PC-like desktop computing experience pretty much anywhere.

The concept didn’t seem fully-baked when we tried it with the Galaxy S8 a few months back, but the Note 8 implementation smooths out app support, allows games, and makes this phone seem even more like a productivity monster. That’s a good thing!

And both phones offer microSD support and waterproofing, so those are plusses all around. This shouldn’t be a surprise: the Note 8 looks like an upgrade over the Note 7 in every possible way, from the awesome new design to the taller screen, extra processing power, doubled camera setup, and extra perks.

Of course, if the Note 8 doesn’t explode in your hands, then it’s already won. And that’s our expectation, since Samsung can’t afford to make this same mistake again.

If you briefly held the Galaxy Note 7 last year but had it robbed from your grasp by the recall, or you wanted the Note 7 but couldn’t snag it in time, then the Note 8 might very well be worth the arduous wait.

We’ll come back with our final verdict once we finish our full review of the phone, but there’s no reason whatsoever to think that our initial decision here will change. It’s an upgrade, through and through.