An omen is a sign of an event of great import. The death of a king. The rise of an empire. The final episode of Game of Thrones. You know, things like that. So when HP’s newest gaming notebook is called the Omen X Laptop, you’re supposed to feel almost awed to be privy to knowledge of its existence

Which could, you know, almost be how you feel. That’s because HP’s newly-announced Omen X Laptop (note the capital ‘L’) has, in addition to the top-end of mobile gaming hardware, a bunch of features we’re not used to seeing. 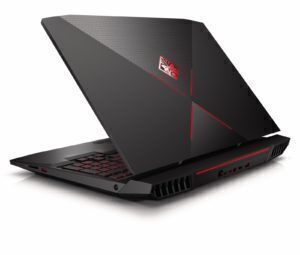 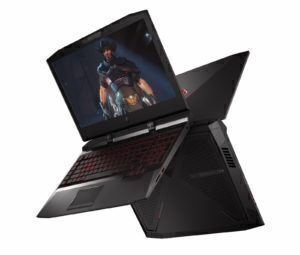 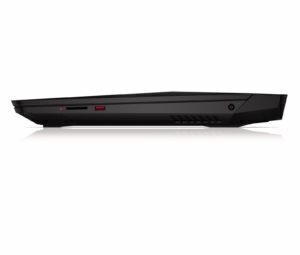 Features like an access panel that will let users replace the few replaceable parts in a gaming notebook, namely the RAM and storage. Which isn’t too remarkable (even if we don’t often see that these days) but there’s also a clear panel so that you can see what’s happening inside. How very 2008. HP have also conferred on this machine enough fans to allow for overclocking of RAM, processors and the GPU. Out of the box, no less, without resorting to some liquid cooling (within limits, of course).

And they’re going to be giving (richer) users Intel Core i7 (7th Gen) processors with unlocked multipliers to play with, a range of GPUs (up to an overclocked version of the GTX 1080), and enough RAM to make Photoshop weep with joy. A choice between a 17in 120MHz HD or a 4K display will be in the offing and there’s a very fancy mechanical keyboard to play on. All done up in the company’s Omen-tastic red-and-black motif — very apocalyptic.

SSDs will definitely be a component and HP are including B&O sound with DTS support for headphone users, Thunderbolt 3.0, and a couple of other nifty inclusions besides.

Pricing for South Africa is non-existent right now but it’ll start at around R26,500 when it launches in the States in November this year, climbing to the R50,000 mark for the top-end model with 4K display, Core i7-7820HK chip, 32GB of RAM, GTX 1080, and dual 1TB SSDs (plus a standard 1TB HDD). If you’re feeling rich, of course. We should get local costing a little closer to launch but it ain’t gonna be cheap.