Confused? Don’t worry: you’re surely not alone in that. Last year’s console was something of a half-step measure designed to appeal to new 4K TV-buyers, but the Xbox One X is a properly premium upgrade, packing in a huge amount of added processing power to drive smoother, better-looking, native-4K games.

But what if you already have an Xbox One? And more pressingly, what if you’ve just purchased an Xbox One S, whether it was an upgrade or your first of the bunch? Well, then your decision is a lot tougher, since the Xbox One X has a whole lot in common with the other versions.

Need the latest info? Here’s our early take on whether you should bother picking up the Xbox One X if you already have either Xbox One. 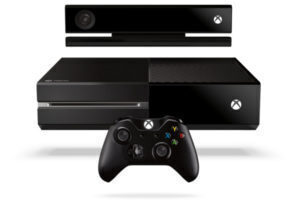 Xbox One: The original Xbox One was a big, bulky-looking rectangle that certainly lacked style but packed in power. And even with the size, it had an external power brick that you’d need to keep nearby. We much preferred the slimmer original PS4 design.

Xbox One S: Now here’s an improvement: The Xbox One S trimmed down the console’s footprint dramatically while adding a bit of flair to the design with the dotted grill. And better yet, the power supply is built right into the box. Fantastic.

Xbox One X: The Xbox One X seems to split the difference between the two previous editions. Rather than a mostly flat face, however, the top half juts out on the One X, and the dotted design is less prominent. It’s also black, like the standard Xbox One model. However, Microsoft says it’s the smallest Xbox ever built, so it must have shed a tiny bit of size from the S.

Verdict: We would never advise trading in a still-recent console for a slightly different one just because of how it looks. At first glance, the Xbox One S is still our favourite of the bunch, but this isn’t really a critical consideration when we’re talking about an upgrade.

Should you upgrade from Xbox One? No!

Should you upgrade from Xbox One S? No!

Xbox One: It’s almost four years old now, but the Xbox One is still pumping out solidly impressive graphics today and remains roughly on par with the PlayStation 4 in overall performance. It has an octa-core CPU at 1.75GHz, an 853 MHz GPU with 12 compute units and 1.3 teraflops of performance, and 8GB RAM.

Xbox One S: Honestly, there isn’t a big difference with the Xbox One S over the original: the GPU is bumped up to 914 MHz to help with the 4K upscaling, and it can make for improved frame rates or added effects in games, but there’s no significant distance between them.

Xbox One X: Well, here’s where things get interesting. The Xbox One X makes a big leap in terms of performance capabilities, with an octa-core 2.3 Ghz CPU, a 1.172 Ghz GPU with 40 compute units and a whopping six teraflops of output, and 12GB RAM.

Verdict: The Xbox One X can push more detailed-looking games at native 4K resolution at potentially 60 frames per second, depending on game, and it’ll certainly beat the PlayStation 4 Pro (which does 4.2 teraflops) to be the most powerful console out today. If you need the best of the best, then yes, this is where the Xbox One X shows its worth.

Should you upgrade from Xbox One? Yes!

Should you upgrade from Xbox One S? Yes!

Xbox One: Whether it’s a game, Blu-ray movie, or streaming video, the Xbox One tops out at 1080p Full HD resolution. That looks pretty crisp, admittedly, and most people probably have a 1080p TV in their homes, but it’s hardly the gold standard.

Xbox One S: With a minor processing upgrade, the Xbox One S is able to display 4K media from both streaming services and Ultra HD Blu-ray discs, and it can also upscale games and any other 1080p content to run at 4K resolution. Upscaling doesn’t look quite as clean as native 4K resolution, where the extra pixels are already packed into the content, but you’ll see the added crispness if you have a 4K TV. And it’ll do high dynamic range (HDR) lighting too.

Xbox One X: Forget upscaling: the Xbox One X has enough horsepower to display many games natively in 4K resolution and at 60 frames per second too (with HDR, as well). And 4K media, either streaming or on a UHD Blu-ray, will certainly be no problem for this monster.

Verdict: Do you have a 4K television? If so, do you want games and media to look as great as they can on it? In that case, yes, you’ll definitely want to upgrade to the Xbox One X. However, if you have an Xbox One S already, the move from upscaled 4K to native 4K might not be enough to warrant your immediate R7,300 investment – a number that Microsoft is at pains to point out is only an estimated (and overseas) retail price – especially if you use the Xbox for media more than games.

Should you upgrade from Xbox One? Yes!

Should you upgrade from Xbox One S? Maybe!

We don’t need to do a system-by-system breakdown in this category: all three devices will run the exact same library of games, and as far as Microsoft is saying, there won’t be any new games that will be exclusive to the Xbox One X.

All of this year’s biggest games, including Forza Motorsport 7, Crackdown 3, Destiny 2, Assassin’s Creed Origins, and Call of Duty: WWII, will be playable on all of the Xbox One consoles. And all of the old games are likewise playable on everything.

It’s really just designed as a more powerful edition of the same Xbox One platform, so you will see visual improvements on the pricier hardware, but likely not gameplay enhancements or additions of any sort. In short, when it comes to game selection and availability, as well as core, non-visual quality, you’ve got the same options across the board.

Verdict: The Xbox One X offers no advantage with its game library, only in terms of performance and visual output. And that’s pretty well covered by the other sections.

Should you upgrade from Xbox One? No!

Should you upgrade from Xbox One S? No!

VERDICT: SHOULD YOU UPGRADE? We came away from our Xbox One X demo being impressed by the graphical fidelity of the games, yet unconvinced that the difference really commands the R7,300 (again, this is estimated, for the moment) investment – especially with the lineup of games due out later this year. And if you already have an Xbox One or Xbox One S, then that decision is extra difficult.

For anyone with a 4K television and a desire to display the best-possible console gaming graphics on it, then your decision should be pretty clear: the Xbox One X can do much more than both previous Xbox One models, not to mention the rival PlayStation 4 Pro. It’ll be the best of the best, so if performance is your #1 consideration, then plan to make that leap in a few months.

On the other hand, if you’re less concerned with the cutting edge or you don’t have a slick 4K TV, then buying the Xbox One X will be tough to justify at any asking price. It runs the same games and media, and your Xbox One or Xbox One S will continue to be just as well supported as the Xbox One X, given the shared platform.

There’s no one right answer here, unfortunately, because the benefits are so dependent not only on your home setup, but also your expectations. So here’s our ultimate take:

Should you upgrade from Xbox One? Yes, but only if you hunger for dazzling 4K gaming bliss

Should you upgrade from Xbox One S? Maybe, but only if you demand the best of the best