Xiaomi’s phones have been giving the big boys a run for their money, mostly in China but also here in South Africa lately. The company’s newest, the Mi 6, should carry on that tradition — because it’s a tradition now — even in the face of Samsung, LG, and perhaps even Apple’s newest devices.

We’re basing this off the reveal of the Mi 6 handset, which is set for launch in China before the end of the month. But we’re quite keen on it launching elsewhere because… well, look at it. Besides the snazzy range of blueish purples, as well as the more sedate white and black options, the Xiaomi Mi 6 is set to pack quite a punch. The phone will have Qualcomm’s Snapdragon 835 (the same chip featured in Samsung’s Galaxy S8 in some markets) at its heart and it’ll be outdoing Samsung’s flagship by arriving with 6GB of RAM as standard.

The Mi 6 will tote along 64GB of internal storage, a 3,350mAh battery, USB C, and NFC. Xiaomi have jumped on the dual-camera bandwagon with a pair of 12MP rear shooters, with that bokeh effect and wide-angle now available out of the box. Samsung totally wipes it out on display, though. The Mi 6 uses a 5.15in 1080p display, a far cry from the Korean company’s QHD+ sliver of brilliance.

The other place where the Xiaomi Mi 6 could have done better is the design. We’ve been spoiled by Samsung’s visual redesign this year but the Mi 6 is still fairly standard, looking a little Samsung and a little Apple around the edges. It’s definitely not priced like either of those company’s high-end handsets, though. It’ll launch for the Chinese equivalent of about R5,000 — which, before you ask, isn’t what it’ll cost here. Expect a markup. 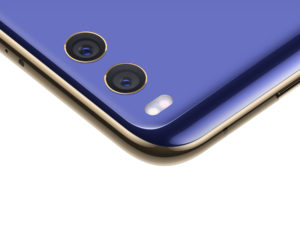 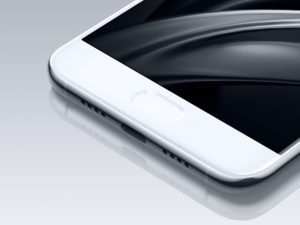 South Africa has caught the last few Mi handsets as they’ve zipped by so there’s no reason to expect that we won’t be getting the Mi 6. Once it’s locked down for South Africa we’ll have all the pricing and availability details for you. Prepare for a little wait, though — it only launches in China, Xiaomi’s main market, on 28 April.