The dust has settled, the bins of discarded carrier bags and 2GB flash sticks have been emptied and the punters are heading home. That’s right, another CES event has come and gone. We’ve taken a look at five of the coolest (and five of the silliest) offerings to come out of it, but this is the TL;DR version: the 10 most important things that graced the Las Vegas halls and had techies salivating like puppies in front of a window of rotisserie chickens.

LG gets decorative with its TVs Last year LG made it to the top of our TV wishlist with its beautiful and oh-so-pricey OLED screens. Now it’s managed to outdo itself and get us considering a second home loan thanks to the Signature W TV it showed off in Vegas. Why the potential indebtedness? Because the W (which stands for “wallpaper”) is a 4K, HDR-capable set with a bundled soundbar that supports Dolby Atmos. We’ve been big fans of LG’s OLED sets since they launched – and the Korean manufacturer’s Signature W telly is easily its prettiest yet.

What’s that got to do with wallpaper? Well, even though it’s a 77-inch screen, it’s a wafer-thin 2.57mm deep. Which has enabled LG to mount it to the wall of your choosing with magnets. We don’t have pricing yet, but we can guarantee it’s going to be equally breath-taking. Arch-rival Samsung, meanwhile, took the wrappers off its response to OLED — an updated Quantum Dot technology it calls QLED. We’ll have to try Deadpool on each of them before we can pass judgment, but 2017’s TV wars are shaping up to be epic… and potentially bankrupting.

Motiv’s got its finger on the pulse If Motiv is to be believed, wrist-based wearables are passé. Fine, that may be overstating it, but they’re certainly more clunky than the company’s clever fitness-tracking ring. Pop it on and it’ll track steps, monitor sleep and measure your ticker’s ticking. It’ll also prompt you to try and get 150 minutes of activity (beyond clicking a mouse, though depending on the finger you choose, we have to wonder if that could throw its measurements out).

Compactness aside, the best bit is the promise of up to five days on a charge thanks to a custom-made battery that fits in the Motiv’s curvy housing. Will Motivs soon be available in signet- and wedding-ring editions? We have no idea, but it seems the next logical move.

Misfit wants to take on the popular crowd Until now, the best Misfit devices have been incredibly simple — and pleasingly affordable — fitness trackers. Enter the Vapor, a feature-packed smartwatch with a touchscreen, built-in GPS and a virtual bezel. You also get a heart rate monitor and two days of battery life on a charge. If Misfit sets the right price for the Vapor it could make for an attractive alternative for those folk keen on a smartwatch but not keen on the Apple Watch’s square face and walled garden, or the weight and dimensions of other manufacturers’ offerings.

LG’s bringing robots to our homes Look, we’re as skittish about expediting the inevitable robot uprising as you are, but you’ve got to admit LG’s latest robot is pretty cute. Rather than enslave you and bore you to death with its clinical reasoning, the Hub Robot is intended to help you connect and manage a range of smarthome devices.Yes, there’s a chance that they’ll overrun our planet and turn us into their human slaves – but, for now, these curvy little critters are a properly cute way to connect

Powered by Amazon’s Alexa voice recognition software, the Hub Robot can fiddle lights and themostats, or display reminders and other information on its face.  And speaking of faces, it can tell yours apart from your family members’, so it greets each of you by name. Perhaps a nom de plume is in order? You know, just in case.

I scream, you scream, Razer screams for… three screens The attentive among you no doubt spotted our earlier piece on this novel approach to portable gaming, but here’s the executive summary for those that missed it: Project Valerie weighs roughly 5.5kg but manages to pack in not one, not two, but three 17in 4K displays. While it’ll be great for multi-taskers, designers, and movie editors, it’s gamers that are the real target. That is, after all, Razer’s usual target demographic. But, with 24,883,200 pixels to hand — all of which are 100% Adobe RGB colour accurate — it may find other uses (and users), too.

Asus tackles AR and VR with one phone While other companies are still trying to get virtual reality (VR) to go mainstream, Asus has released the ZenFone AR. Packing 8GB of RAM, it’s the world’s first smartphone that’s up to the dual tasks of VR and augmented reality (AR). Google’s Tango project is leading the AR charge, and the new ZenFone supports it, along with Google’s Daydream VR technology. Double threat!

The AR bit also requires a dual-lens camera package and there’s a Snapdragon 821 processor to handle the data crunching and a 5.7in AMOLED display for the visuals. All that packed into a 4.8mm thick package. We can’t wait to try it. 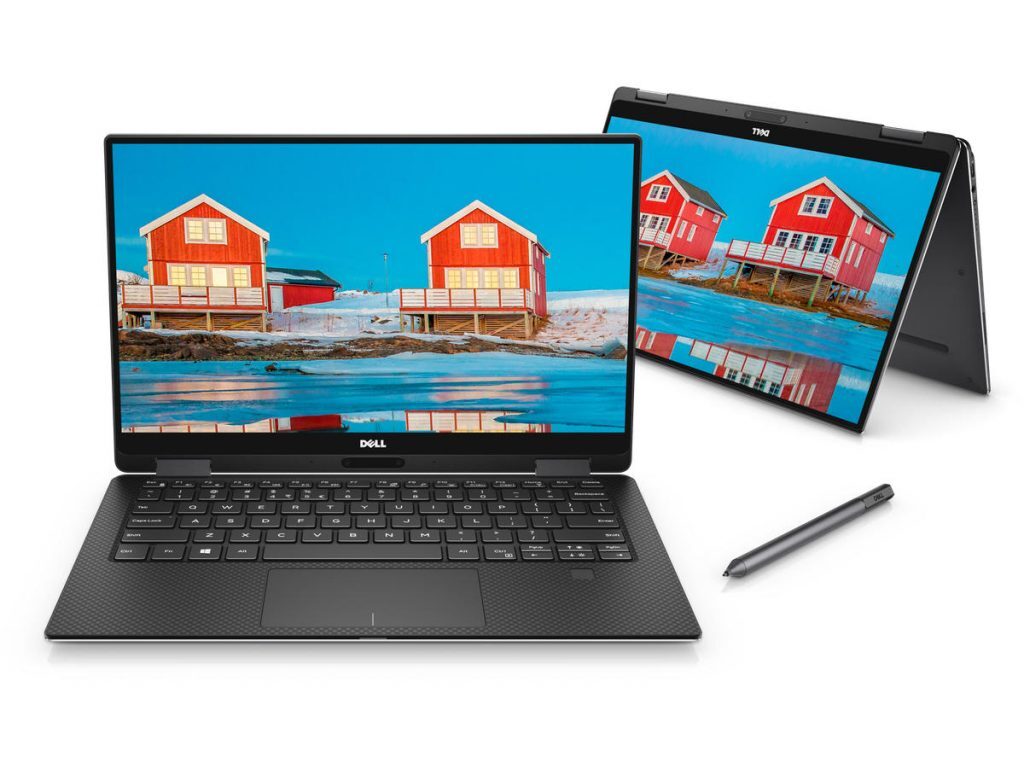 The regular XPS 13 took top honours in the laptops category of our last Gadget Awards, so it’s safe to say we really liked it. Now Dell’s upped the ante even more with a hybrid version that’s a laptop one minute and a potent tablet the next. Users can choose from the i5 or i7 versions of Intel’s latest Kaby Lake processors, pack in up to 16GB of RAM and still look forward to incredibly portability thanks to the use of aluminium and carbon fibre. Will it win 2017’s best laptop award? We’ll have to wait and see, but it’s an early contender that may set the bar for 2017’s laptops and 2-in-1 devices.

Take an HTC Vive and make it better We’ve expressed our unbridled love of HTC’s Vive VR headset repeatedly since it launched, and it’s just gotten even better thanks to a new device that lets us add real worth devices (like cricket bats, tennis rackets or pieces of biltong) to our VR experiences. Dubbed th Vive Tracker, the puck-shaped device uses Bluetooth to connect to the rest of the Vive kit and should manage six hours between visits to the wall socket. Now if only we could get the Vive in South Africa. Maybe 2017 will be our year, eh? Who says electric cars and SUVs have to be boring? The Faraday Future FF91 is both, but its specifications are plain jaw-dropping. Two in particular spring to mind: 1050 horsepower and 0-100kph in a paltry 2.39 seconds. Add a range of 600km on a charge, serious good looks, 10 cameras, 13 radars and a dozen ultrasonic sensors to the equation and very limited availability (only 300 are being made) and FF91 + 2017 = a very excited Stuff team. Lego Mindstorms are all good and well, but Lego Boost (which you’ll be able to get your hands on in August 2017 and which also features in our earlier selection of early CES 2017 highlights) is next-level. With a tablet and the base kit you can build one of five models and program it to do things with an icon-based interface. What sort of things? Sensors for colour, tilt and distance along with a motor mean it’s really up to you. We’ll be preordering this one.