We’ll be honest, we’re not expecting anyone to actually read any of this paragraph. People are just going to head on down to the competition entry form at the bottom of the page. And that’s okay. Time is of the essence, after all, as this is one of the shortest competitions we’ve ever run. Three groups of two people are going to be watching the pre-release screening of Rogue One: A Star Wars Story on 14 December, but only if they enter Stuff‘s very-short-notice giveaway. Or, you know, find tickets elsewhere.

As is customary, we’ve got a little something for you to read beforehand and it has to do with the event. You see, Rogue One is going to be shown in certain cinemas in 4DX and it’s to some of those cinemas that we’ve arranged tickets. Three sets of double tickets, one set each to Nu Metro in Hyde Park, The Pavilion, and the V&A Waterfront. So read on. And then read the mini-Terms and Conditions below that. And then enter. 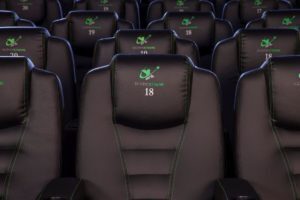 These special pre-release screenings of ROGUE ONE: A STAR WARS STORY in Nu Metro’s Scene Xtreme and 4DX cinemas take place ahead of the film’s official South African release on 15 December. This means South Africans get an opportunity to see this new blockbuster two days before the US and most other countries internationally – now also with an enhanced level of Scene Xtreme-quality on an Extra Large Format-screen or the full 4DX multidimensional-effect.

Entries are still governed by Stuff‘s Terms and Conditions but there are a few other requirements that you’re going to have to conform to. Entrants will have to be able to get to either Nu Metro Hyde Park, Nu Metro The Pavilion, or Nu Metro V&A Waterfront on 14 December at (or before) 20:00 — which is when the pre-release screening of Rogue One: A Star Wars Story will be kicking off. Tickets cannot be switched to any other cinemas or to any other times. We’re going to be announcing the winner on Monday, 12 December, so hurry up with the entries as well.

ROGUE ONE: A STAR WARS STORY will be showing in all Nu Metro’s cinemas nationwide – including 4DX, 3D, 2D, Scene Xtreme and Scene VIP – from Thursday, 15 December 2016 (a day after the Xtreme and 4DX sneak pre-release screenings Wednesday evening).