The Coen brothers are writing a Silk Road movie

Fargo, The Big Lebowski, True Grit, Burn After Reading… there’s plenty in the Coen brothers’ oeuvre to adore. So deep is our Coen love the kooky siblings could write a silent cooking show and we’d probably watch (and love) it. So we’re pretty excited to hear they’re writing a film called “Dark Web” that’ll detail the rise and oh-so-spectacular fall of the Silk Road, the amazing (and inevitable) online marketplace that matched people’s proclivities for recreational narcotics, weapons and other contraband with Amazon-like ease of purchase, all thanks to the convenience (and relative anonymity) of alt currency, Bitcoin. It’s based on the staggering Silk Road story told by Wired that you should absolutely set aside the requisite couple of hours to read if you haven’t already.

The German Federal Motor Transport Authority has asked Tesla to stop using the term “autopilot” in its marketing of the electric vehicles’ driver assistance features in Germany because, it argues, the term is “misleading”. We can’t blame the Germans for being sticklers here, after all, “autopilot” does sound like you can totally cede control, as one Tesla owner did earlier this year only to meet a sticky end under the trailer of a truck. Of course, it also suggests to us that the Tesla can fly, and that’s not true either (though who knows what might be bundled into a future over-the-air update). Tesla’s got a big announcement coming this Wednesday, so don’t be surprised if there’s a joke about German pedantry in there somewhere, or the company adds flight to its feature set so it can give the German authorities the proverbial finger. Billionaire venture capitalist, Hulk Hogan fan, and destroyer of Gawker, Peter Thiel, is donating $1.25 million to Donald Trump campaign. It’s unclear whether Thiel wants to ensure he becomes the most hated man in tech, likes being contrarian even more than we thought, or genuinely thinks the besuited, self-tanned, minnow-brained, xenophobic and racist Republican presidential nominee is actually the best thing that could happen to the US. Considering Thiel spoke at the Republican National Convention and didn’t end his speech with “Psyche!” and a mic drop, we have to at least entertain the third option. Silicon Valley has largely turned its hoodie-clad back on Trump, so maybe Thiel’s merely really bored and wants to infuriate his peers. We can only hope, right? Do you like doodling? Do you really, really like doodling? Then Karl Lagerfeld has the perfect festive season gift-to-self for you. It’s a $3,000 (R43,000) box of Faber-Castell coloured pencils — complete with a silhouette of Lagerfeld’s preposterous ponytailed and perpetually sunglassed head — presented in a Chinese wedding cabinet-style case and dubbed the Karlbox. Sadly, if you actually do want a set it’ll likely cost you even more because the 2,500 sets that’ll be produced and were offered for pre-order have sold out. That’s right, there’s now a waiting list, and no doubt hundreds of hopefuls watching eBay (or getting their assistants to do so) for the first snifter of a set hitting the resale market. Us? We’re going to keep making do with the slightly chewed, red, Bic pens we get for free at the office. 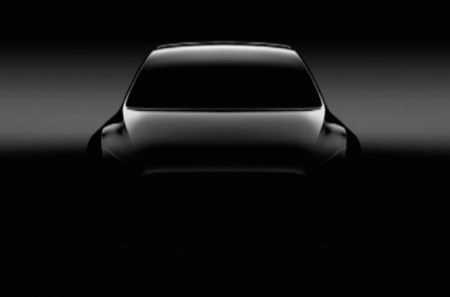