Usually its karma biting someone else, rather than someone else trying to take a bite out of Karma. DJI has revealed its newest drone, called the Mavic Pro, and if it’s not a direct reply to GoPro’s new Karma drone then we’ve never seen a direct reply before.

When it comes to DJI’s flyers, we’re used to the Phantom form factor — white, looks like it’s standing on stilts, plenty of space on the underside for a high-end camera. The Mavic Pro dispenses with most of that, with a greyed body and a compact frame that folds down even smaller for transport — to the size of a water bottle, DJI says.

But that’s not the only reason you’re going to be looking at this little drone with a glint in your eye. It’s set to have a 7km range and a top speed of 64km/h, as well as a flight time of up to 27 minutes on a charge. Since we can still remember when 7 minutes was a long time to fly, we’ll definitely take it. 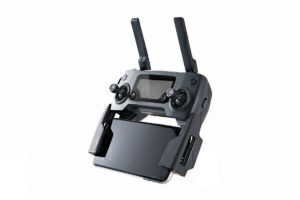 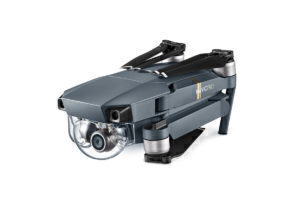 For all the size reduction, it keeps most of the Phantom’s features. There are sensors for collision avoidance, it can track objects and it packs the same 4K as the company’s Phantom 4. So you can expect 4K video at 30fps and 1080p at 60fps and the Mavic Pro can also stream video to the likes of YouTube, Facebook and Periscope while in the air. The camera, of course, uses one of DJI’s impressive gimbals as well so expect totally smooth footage — unless you suck at flying the thing.

It’s available for order now, direct from DJI. The Mavic Pro will set you back $1,000 (R13,500 or so) but you won’t have to shell out extra for a GoPro Hero5 to attach to the little flyer, as is the case with GoPro’s Karma. That alone might make the Mavic the more attractive option. We’re looking forward to seeing this one in the sky.