Apple will be paying for victories in the War on Bugs Apple’s got a lot of money. We’re pretty sure that fact is obvious enough to need no citation. What they’re going to do with all that cash though… that’s another story. They’re certainly looking at throwing some at making their services better, by offering bounties on bugs found in Apple devices and in iCloud – up to $200,000 in some cases. There are certain conditions you’ll need to fulfil first, though. The bugs or faults need to be novel and functional on the newest iOS (for software) or Apple devices (hardware) and there are a few other hoops you’ll have to leap through later this year when the bounty program opens. Hit up the link below to get all of the Terms and Conditions.

You will not believe how Facebook is attempting to handle clickbait 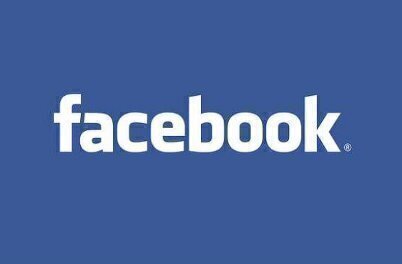 Clickbait is making the world stupid. You’re not going to be shocked or stunned by that ‘priceless’ list of items put together to sell you large amounts of advertising (looking at you, Buzzfeed). Now, the war against clickbait has an unlikely ally in Facebook, who are ramping up efforts at eliminating clickbait on the social network by tweaking their algorithm “…by using a system that identifies phrases that are commonly used in clickbait headlines”. Essentially they’re instituting a system that should downrank any clickbait headlines on Facebook, which will hopefully lead to an improved news experience on the service. Hopefully these stupid headlines will improve rather than going for an even less pleasant alternative – that’s… not possible, right? Not unless we let Donald Trump start writing headlines?

Amazon are taking this delivery thing very seriously, to the extent that it’s gotten its own planes. The first, Amazon One, is a Boeing 767 that the company is going to use for hauling freight. There are another ten in total so far but they haven’t been branded with Prime Air coverings as yet. And this is just the start, Amazon plans on running a fleet of 40 planes, “…to create connections between one point and another point that are exactly tailored to our needs, and exactly tailored to the timing of when we want to put packages on those routes.” Look, if you’re going to take control of your deliveries, owning (or leasing) the planes used to ship your stuff all over is a very, very good start.

Some of you might remember Prey, a first-person shooter that was released in 2006. It’s getting a remake of sorts, except that it’s more of a reimagining. Players are going to be taking on the role of one Morgan Yu, who is on a space station with what looks to be intangible enemies capable of possessing inanimate objects. Or look like them, or something. It’s being made by Arkane Studios, the developer behind the Dishonored titles, so the fact that players will eventually get to use some of these weird alien powers makes… sense. In a way. Our immediate take is that the Prey reimagining feels like Doom 3 with a science-fiction bent to it, or a better-lit Dead Space. We’re honestly okay with both comparisons.