Should you upgrade from Xbox One to One S? 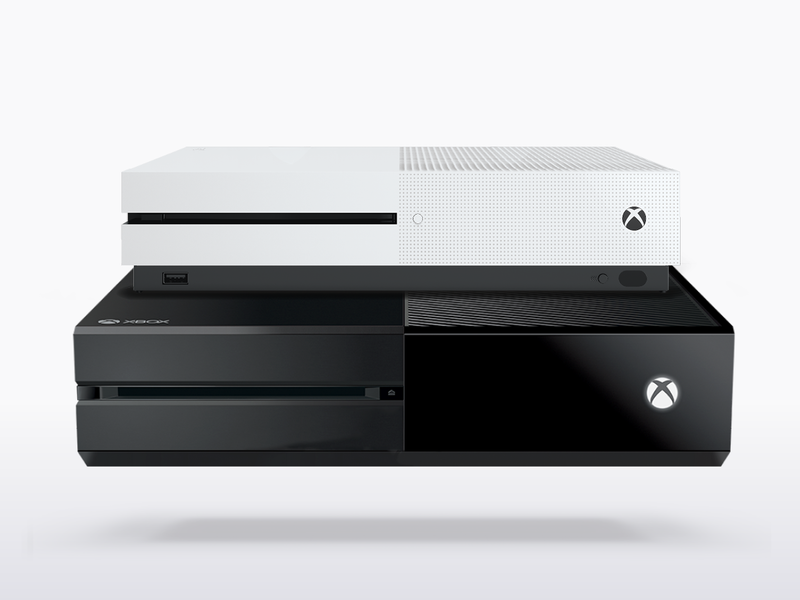 So the new Microsoft Xbox One S is here, and the good news is… it’s great.

Actually, scrub that – it’s fantastic. Microsoft’s new games machine rights the wrongs of the original Xbox One in some style, while bringing 4K output to the party in a way that moves the console goalposts. It’s currently the best console you can buy and Sony’s PlayStation Neo will have to go some to beat it when it arrives later this year.

All of which makes deciding whether to upgrade a simple matter, then. Well no. Because while it’s undoubtedly better than the Xbox One, it’s also going to cost you another R6,500, at least. So is that a price worth paying? Here’s what we think.

Let’s start with an easy one: looks-wise the Xbox One S is Scarlett Johansson to the Xbox One’s Piers Morgan. The biggest change is that it no longer has an ugly, unnecessary lump hooked up to it. No, we’re not talking about Piers Morgan, but rather the power brick that most consoles did away with in 2006.

Even without taking that into account it’s a prettier device: it’s 40% smaller and has more subtle stylings than the first Xbox One. Plus, it’ll happily sit next to your TV vertically, with the help of a free stand.

So, if you’re one of those shallow, image-obsessed types who values form over function, upgrading from the Xbox One to the Xbox One S is a no-brainer. And yes, that describes me to a tee.

Should you upgrade to the Xbox One S based on Design: YEAH Nobody’s going to upgrade their console based on just a new controller – well, unless somebody releases one with the awesome Sega Mega Drive controller, and then we’re in. But still, it could help sway your purchasing decision if it’s particularly good. So, is it particularly good? Well sort of.

It’s basically the same as the Xbox One controller but with a greater wireless range, added Bluetooth connection for easily hooking up to PCs, and some dimples. Said dimples cover the controller’s back and supposedly give you greater grip – in our test we didn’t notice much benefit to them.

In short, it’s a teeny bit better than the last one. No, you’re not going to upgrade for it, especially since you can buy a standalone model for an existing Xbox One. Oh, and it still lacks wireless charging. Move along please.

Should you upgrade to the Xbox One S based on the new controller: NAH

No tricky decisions to make here – if you have a 4K TV and want to watch Ultra HD Blu-rays on it, the Xbox One S is your new best friend. As it stands there are only two dedicated Ultra HD players, the Panasonic DMP-UB900 and the Samsung UBD-K8500. Both will outperform the Xbox One S purely in terms of picture quality but unless you’re a proper AV nerd it’s most likely too expensive.

Should you upgrade to the Xbox One S based on 4K Blu-rays: YEAH 4K gaming on the Xbox One S is not really 4K gaming, because the console won’t natively play games in 4K resolution – instead, it’ll upscale full HD games for your 4K TV. That’s actually no different from what your 4K TV will do if you plug an original Xbox One into it, but the One S has more processing power and will do the job more effectively than any TV would if given the same task.

And let’s face it, if you’ve already splurged the cash to buy a high-res TV, it makes sense to pair it with a high-res games machine that will take best advantage of all those pixels on offer.

Because the One S can output full 4K, there is the chance that future games will run at that resolution natively. Then again, that’ll require huge amounts of processing power, so don’t expect to be playing Titanfall 4K any time soon. Tetris 4K is a possibility though.

Should you upgrade to the Xbox One S based on 4K gaming: YEAH

HDR is the other trump card up the One S’ sleeve. Most new 4K-capable TVs will also play nice with HDR, and the chances are any Ultra HD disc you watch will be both. On the gaming front your options are currently more limited, in that the only HDR-ready games currently announced are the forthcoming Gears Of War 4 and Forza Horizon 3.

Either way, it’s a great option to have, as HDR is awesome, making the dark bits in scenes darker and the light bits lighter and generally making it all look great. If you have an HDR-capable TV, you’ll want to take advantage of it, basically.

Should you upgrade to the Xbox One S based on HDR: YEAH

The new Xbox One S costs R6,500 (based on international pricing), whereas the old Xbox One can be found for as little as R5,000 right now – a sizeable difference that could equate to a couple of new top-tier games or a whole library of second-hand and indie titles.

Assuming you already own an Xbox One of course, you’d get a bit of cash back for selling your existing model – which would help soften the pain on your wallet.

So what are you getting for that extra outlay? Not very much if you don’t have a 4K TV, plenty if you do.

Should you upgrade to the Xbox One S based on the cost: POSSIBLY

Nobody wants to buy a console only to find out it’s obsolete weeks later. Just ask anyone who bought a Wii U.

And that, in a nutshell, is the Xbox One S’ biggest problem. PlayStation’s new ‘Neo’ console will almost certainly arrive before Christmas and is expected to be every bit as 4K-capable as the One S. In fact it may be more so, with rumours that’ll it upscale games from 2K to 4K rather than from 1080p.

Should you upgrade to the Xbox One S based on future-proofing: NAH And there you have it. While the Microsoft Xbox One is a really rather excellent console, it’s unlikely to stay the best for that long, so unless you own a 4K TV we’d recommend you stick with what you have.

If you do own a 4K TV, it gets a bit more complicated.

If you own a 4K screen but don’t yet own a 4K Blu-ray player, and were planning to get one, you should look no further – the Xbox One S is the cheapest way to get those high-def discs playing on your high-res TV, and will do it pretty well to boot. And if your TV also does HDR, there’s all the more reason to buy it.

However, if you already own a 4K Blu-ray player or are happy sticking with what’s on offer on Netflix and YouTube – or if you don’t own a 4K at all yet – you can give this upgrade a miss.