We quite like the term “stupid amounts of money”. It’s really a descriptive way of explaining large chunks of revenue earned by breaking numbers down from billions (of rands, dollars, yen, whatever) to mere thousands. And if you thought that Pokémon Go was the king of making stupid amounts of money, you haven’t seen Apple in action. 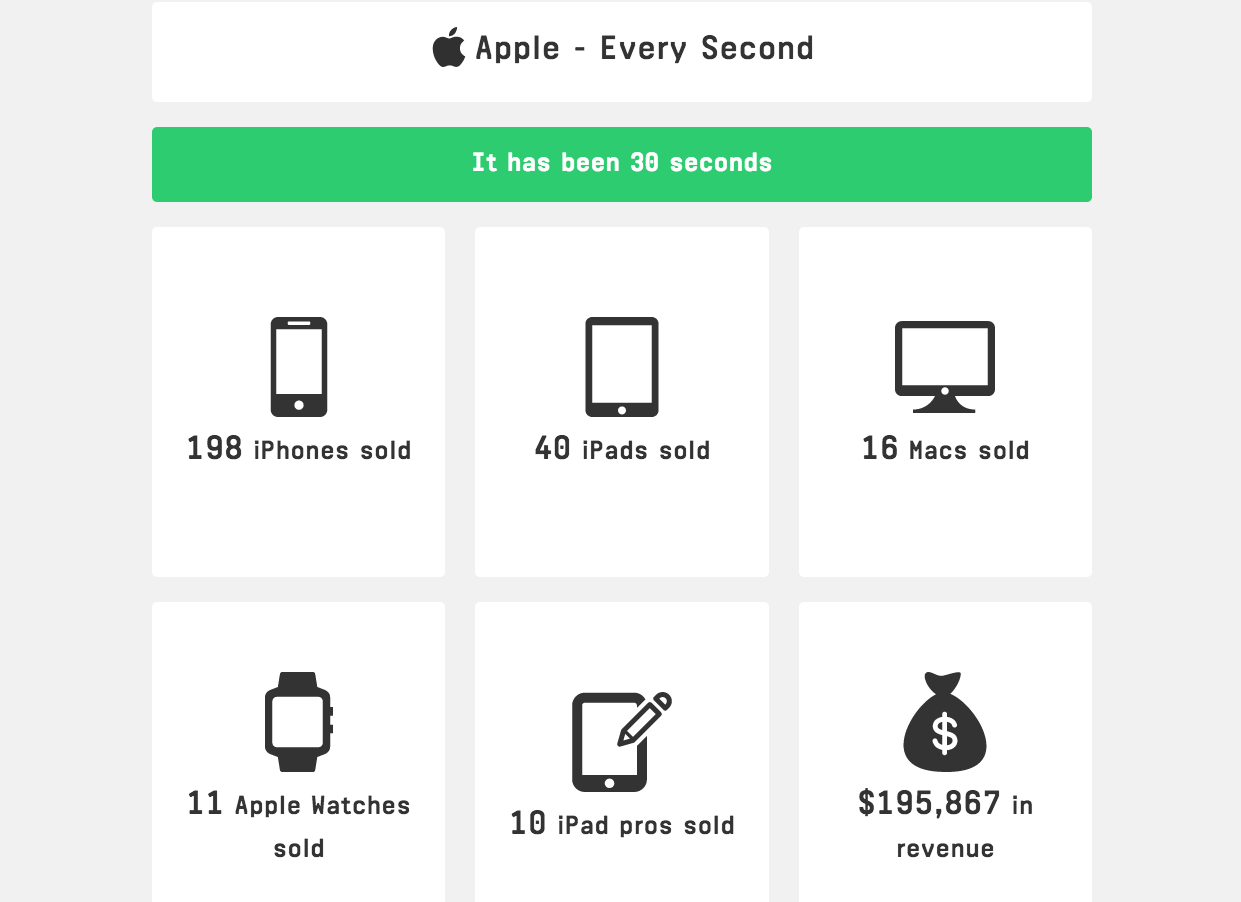 Assuming that they keep up turnover at a constant rate 24 hours a day (which is unlikely but we’ll give them the benefit of the doubt, in the service of easier-to-understand math) then the company makes a profit of R1.6 billion ($115 million) every 24 hours. Based on Apple’s record profits announced in October last year, where the company posted a profit of $150 million daily ($53.4 billion for the year) in the 2015 reporting period, these numbers are easily within their reach. Your move, Pokémon Go.

Source: Every Second via The Next Web