When it rains, it leaks. Samsung’s Galaxy Note 7 has been a poorly-kept secret for months, with everything from possible colour schemes to gargantuan specification lists pouring out of the internet of late. You’d think that with an official reveal planned for next week, on 2 August, that the leaking would stop but the internet doesn’t know the meaning of the words ‘moderation’ or ‘enough’. Or ‘antidisestablishmentarianism’, but that’s another story entirely. 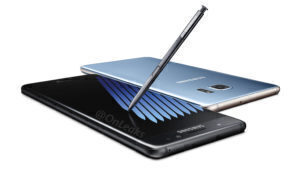 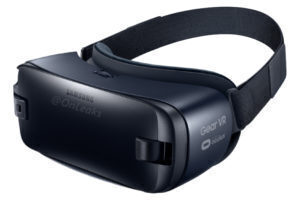 Long story short, there’s been another, highly visual, Galaxy Note 7 reveal, one that should have only happened next week. Someone has gotten hold of the press shots for Samsung’s new Note and they’ve been plastered all over the internet for everyone to see. It’s about what you’d expect, based on seeing the leaks in bits and pieces over the previous months but it’s good to see a plan come together.

Also leaked were images of a revamped Gear VR headset, which has a few alterations aside from the colour difference. There’s a USB-C port included and an improved field-of-view (up to 110° from 96°). It should still work with the older Galaxy S6 and S7, though.

For the full gallery, which consists of the Note 7 in various poses and outfits, hit the link below. Mind the French on your way there.