Traditionally, Caterpillar’s rugged handsets haven’t been particularly exciting for anyone outside the construction industry, aside from perhaps the severely accident prone. They’ve tended to run outdated versions of Android (at least, by the time they’ve landed locally), offered lack-lustre cameras and average audio quality, and been pretty hefty. So, how do you make an appealing rugged handset? If you’re Caterpillar, you stick a thermal imaging camera on it. A what now? Remember the Predator movies? Remember how it could see where warm-blooded prey was hiding? That’s thermal imaging. As the name suggests, thermal imaging is all about temperature. Why would you want a thermal imaging camera? Because it makes finding a leaking hot water pipe, or your home’s insulation weak spots, or overheating appliances a cinch. Or, you know, to check if your racehorse is overheating.

It also lets you see in the dark, though given you’d need the phone’s screen on to do so it’s not going to be much use if you’re trying to get your amateur Navy Seal on. But, if you’re trying to navigate a darkened room filled with sleeping bodies after a house party and not tread on anybody (which happens to everyone, right?) the S60 has you covered.

Of course, party animals aren’t exactly Cat’s primary target market. Contractors, search and rescue teams and yes, horse trainers, are — and the reason they’re excited about the S60 is that a standalone thermal imaging device tends to cost tens of thousands of rand. Now they can get it, along with a new handset the kids can play with in the pool, for R13,000. Bargain? If thermal imaging is what you’re after, definitely. So, how does the S60 manage its superhero like heat vision? It includes an embedded “Lepton Thermal Microcamera Module”, powered by a company called FLIR. Open the MyFLIR app on the S60 and it’ll overlay what the thermal camera sees with what the regular camera sees, which should help you figure out what you’re actually looking at instead of leaving you with an image of mysterious colourful blobs.

There might also be uses for the S60 Cat hasn’t thought of yet, which is why its launching a thermal camera SDK so developers can do with it what they want.

We’re most interested in the the S60’s waterproof chops. It’s good down to 2m out of the box, but flick a switch and that climbs to 5m. There are also physical buttons for shooting stills or video while submerged, which means our Finding Nemo homage might finally find its way to YouTube. Just keep swimming, eh? 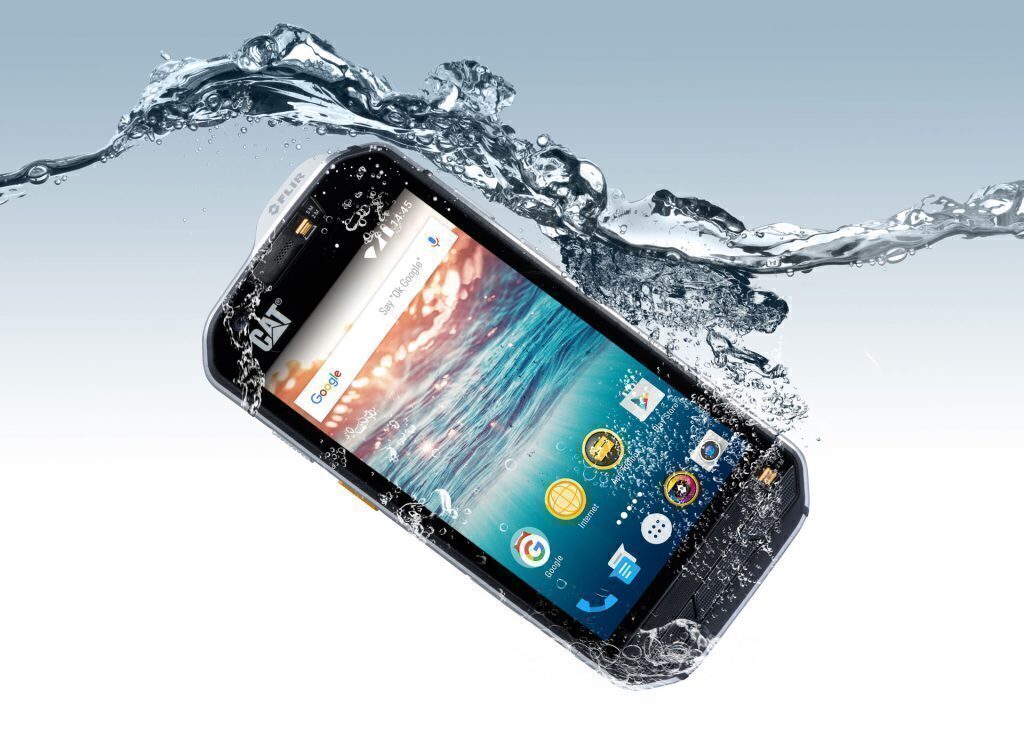 We’ll have a full review of the S60 up in coming weeks once we’ve gotten our accident-prone paws on the device. Cat says you should be able to get one from local operators early next month.