Wait, isn’t Mark Zuckerburg the head of the largest social network in the world? One with a heavy emphasis on password security? Surely he wouldn’t muck around and choose a crappy social network password? Surely? Actually… yeah, he did. The damage isn’t severe, just a case of bruised pride as his Pintrest and Twitter accounts weren’t being used much at all. And he’s got them back since, because when Mark Zuckerburg asks Twitter for his Twitter account back, they just give it to him. But Zuck made three mistakes in this case – he used a very simple password (‘dadada’) and he used it for more than one account. And then didn’t change the passwords when one of them was compromised. The problem account was his LinkedIn profile, the details of which were revealed by a 2012 hack of the service. From there, the hackers were able to access his other accounts, where they screencapped their access before it was taken away from them. The lesson? Even someone like Mark Zuckerburg needs to practise proper password protection procedures. You might want to look in on your own. Right now. Well, if a special edition of anything was going to get holograms, it would have to be Star Wars-related. Not so? That just feels right. As it happens, the Star Wars: The Force Awakens soundtrack is getting a two-vinyl edition that features holograms of a sort on the record’s B-sides. There are micro-reflectors etched into the record’s surface which give the impression that the image – of Tie fighters or the Millennium Falcon – is hovering above the record as it spins. There’s a final element to this visual trickery, though. Owners will need to shine a light source onto the record’s surface to see the hologram come to life. So it might be time to put that LP player on a spotlit plinth, like the Star Wars-loving hipster you always knew you were. The records? You can pre-order those from Disney right now. The set will set you back about R750, plus shipping.

The Prophix smart toothbrush will let you film your teeth in 1080p, for some reason 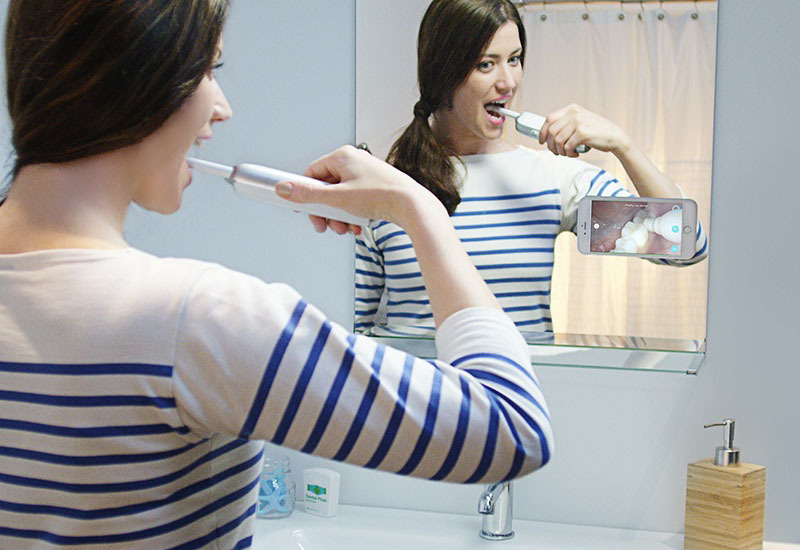 We’ve put cameras on a lot of things so far. Some of those items should never have come within range of a CMOS sensors, though, and the Prophix smart toothbrush might be one of those. That said, they’re probably going to find a market. This $400 (R6,000) toothbrush is fitted with a 10MP 1080p camera able to film or snap photos of your teeth while you’re brushing them, potentially giving you the kind of view normally reserved for your dentist. You should be able to watch what’s going on in a connected phone, brushing over the sections where you’ve missed a spot. Or two. Or capturing pictures of your pristine teeth (from the inside) and posting them on social media, if that’s your thing. If something like the Prophix is actually your thing then you can pre-order it at the link below. It’s expected to hit the market in 2017.

Uber is expanding its late fees to more locations Have you ever heard the saying that time is money? Uber definitely thinks that this is the case, which is why they don’t like you to be kept waiting. And they also don’t like their drivers to be kept waiting, which is why they’re instituting late fees in certain areas. The penalty kicks in if you keep your Uber driver waiting for more than two minutes, because you really shouldn’t be doing that. It’s not going to be arriving in South Africa just yet, as the company is still rolling it out in locations in the US for now. If it goes well, it should make its way around the world as well. There are other Uber changes on the horizon too and you can catch a glimpse of them at the link below.