So you’re a space-nut, are you? Then you probably want to see what it looks like inside the International Space Station. We’ve all seen snippets – we don’t live underneath a rock (sorry, Patrick) – but a fully-guided tour? That’s something we’re unlikely to get unless we start flying fighter jets and conducting scientific experiments in our spare time. The European Space Agency (ESA) has us covered, so there’s no need to embark on a rigorous training program before we can see where all of space’s cutting-edge research takes place. The thirteen-minute video above will take you through the ISS’s exterior before touring around the corridors, rooms and labs inside the floating facility. And, as an added bonus, if you happen to have a pair of 3D-glasses on hand, you can take the tour in anaglyph 3D.

Not a space fan? Get up close and personal with the Bugatti Chiron instead


Bugatti has long been the gold standard for petrolheads – even if you’re more fond of Ferrari or Lambo, you have to know that a Veyron will eat you (and your bank account) alive. But the Veyron is making way for the 1,500HP Chiron, a $2.6 million sequel with the ability to consume a 100 litre fuel tank in just nine minutes – so we can’t even afford the gas for this car. But we do love to live vicariously so the thirteen-minute video exploring the Chiron’s features – inside and out – before hitting the track with Bugatti’s CEO behind the wheel is an excellent way to start the week. And once you’re done watching the awesome that is the Bugatti Chiron in action, hit the link below and giggle at all the Honda Civic comments. It should go without saying but… don’t try this at home. Also: Assume that there’s always someone watching you, probably with a video camera in hand. This is more true in Britain than you’d think. But what we have here, blissfully unaware, is a driver who decided to take a short nap while stuck in traffic. That’s something we’ve all considered doing but then who would drive home? If you’re behind the wheel of a Tesla, then Autopilot would do that. Even if you’re not supposed to use it quite that way yet. As dangerous (for legal reasons) as letting your car drive itself is, the video captured this weekend tells us two things. First, Tesla’s Autopilot is pretty good. Second, we’re going to get a lot more done (or just a few extra minutes of sleep) once autonomous cars hit the road in a big way. From not crashing to intentionally crashing, private spacefaring company Blue Origin has a plan afoot to crash their New Shepard spacecraft. The point is to test the craft’s safety features, specficially those in place to keep human passengers safe in the event that the parachutes don’t open. The test intends using the parachutes but they’re supposed to fail some 24,000 feet above the planet’s surface. From there, New Shepard will use retro-rockets, a collapsible structure and even shock-absorbing seats to help save the lives inside the rocket itself. The crash this time will be unmanned, unless Jeff Bezos is feeling particularly confident. The failsafes are not ever expected to come into play but the tests are needed. It’s also nice to know that if something goes wrong with a rocket landing, you’re not just waiting for impact. 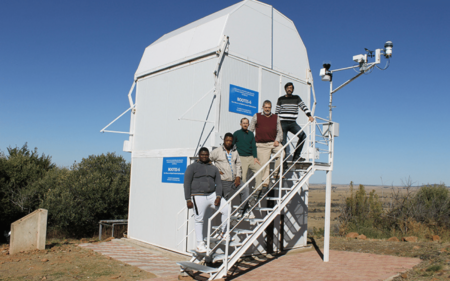