Asus isn’t really known as a smartphone superpower, but each year the company is making strides with its offerings – and this year’s ZenFone 3 line might be the first to really get people to take notice.

Revealed yesterday, the ZenFone 3 Deluxe is the real star of the lineup: it’s a 5.7in phone with an all-metal unibody design, but unlike the vast majority of similar phones on the market today, you won’t find obvious antenna lines running along the back. Asus says its design hides them well, and from the images we can’t really disagree.

Specs-wise, the ZenFone 3 Deluxe also hangs tough with the current crop of flagships in most categories. It has a Snapdragon 820 processor, albeit with a whopping 6GB RAM – the Samsung Galaxy S7, HTC 10, and LG G5 have 4GB, by comparison. It also packs 64GB storage in the standard model, ranging up to 256GB for pricier configurations. Also, the back camera is a 23-megapixel shooter with optical image stabilisation, and the other specs include a USB Type-C port and a 3,000mAh battery pack.

The only real trade-off is the 1080p panel (Super AMOLED), which is a step down in clarity from the aforementioned flagships. However, at a price of $499 (about R7,820), you lose a nice chunk of the typical flagship price tag without losing much overall functionality. 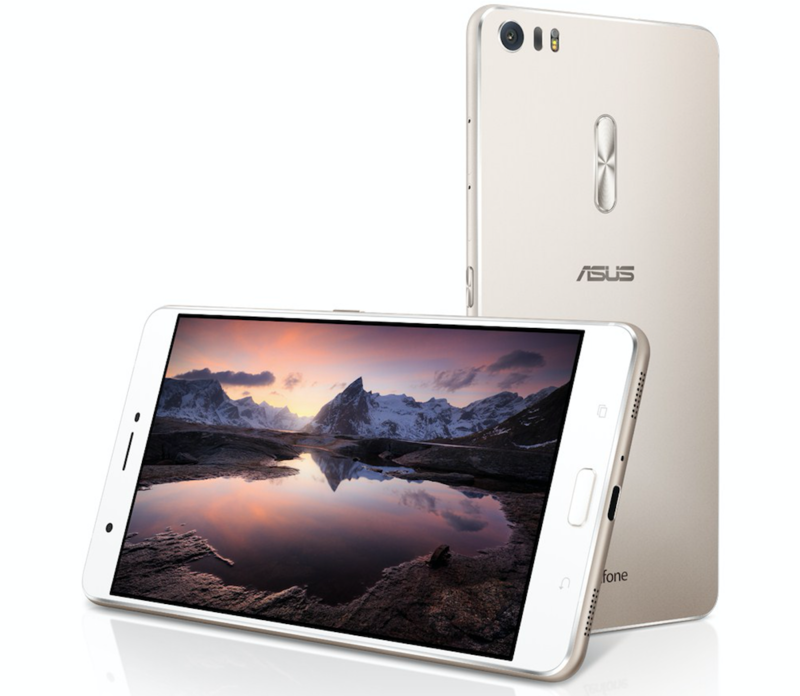 Want a much, much larger phone? The ZenFone 3 Ultra is a massive 6.8in phablet that keeps a lot of the specs and appeal of the Deluxe model, including the unibody design without the antenna lines across the back, as well as a 1080p display. However, the fingerprint sensor is on the front bottom rather than on the back.

The Ultra trims down the components a bit despite the size boost, featuring a Snapdragon 652 processor and either 3GB or 4GB RAM, while the starting storage is 32GB in the cheapest model (ranging up to 128GB). However, the battery is a gigantic 4,600mAH cell. And between the additions and subtractions, the price takes a slight dip at $479 (about R7,600). For many, the most appealing phone in the lineup might be the standard ZenFone 3, however. It’s a cheap mid-ranger with a 5.5in 1080p IPS display, rounded 2.5D Gorilla Glass on the front and back, and a Snapdragon 625 processor with 3GB and 4GB RAM options.

You’ll find a 3,000mAh battery on the core model, plus a 16MP back camera, but the price is surprising for the components and the premium iPhone/Galaxy-esque build: it sells for just $249 (about R4,000).

New king of the mid-rangers? We can’t wait to find out, but there’s no word yet on a release date for any of the phones.