Right then ladies and gents, it’s time to take a look at Xiaomi’s Mi 5, the new flagship that will hit South Africa…. soon. We’re not sure if we’re allowed to say when, just yet (hint: it’s next week). But we can tell you what the Xiaomi Mi 5 is like and even what it’ll cost. As usual, the price is lower than you’d expect. It’s not going to come in at sub-R5,000 though, that’s asking a bit too much of this handset. No, the Mi 5 will set you back R8,000. But, back to the eternal question: Is it worth the cash?

What you’re getting is something different. This time around the “Apple of China” isn’t making a handset that looks like the iPhone in any way, shape or form. Xiaomi’s got a different phone in their sights time around. Can you guess who which one? Come on, you only need one look at the home button. Okay, okay, we guess we can say it. Xiaomi’s Mi 5 owes a lot of its DNA to Samsung’s recent flagships. A casual glance at the front of the display — should you fail to note the silver Mi logo in the top left corner — shows a handset that wouldn’t look out of place with some different branding. There are differences, though. The 5.15-inch screen isn’t quite as rounded at the corners as those Samsung tends to favour, and the configuration on the upper strip is also distinctive. But that home button/fingerprint reader really threw us. The button/reader is also thinner than the S6’s, though. So there.

The Mi 5 is glass, front and back, edged by a familiar-looking aluminium band, and the rear has slight curves on the edges. Fits the hand nicely, see? Shame it’s so smoothly finished and slippery. Camera placement is on the upper left (if you’re facing the rear), along with the dual-tone flash, and there is a headphone port on the top of the handset. The base is home to the charging port, which is a USB-C affair. Cool. And oh so very contemporary.

Premium outside, but inside…? It looks and feels like Samsung’s top-line devices then, while being several thousand rand cheaper. We could make one of those, too, if we were allowed to leave out some of the components. So what did Xiaomi leave out of the Mi 5 to drop the price? Er… nothing, really.

The Mi 5 arrived at Stuff‘s offices packing a Snapdragon 820 quad, of all things. It’s no octa-core and we’ll delve into the performance of that in a bit, but first: the rest of the roll-call. The Mi 5 also has 3GB of RAM and 32GB of storage. You’ll lose some of that to the operating system, but we still had over 23GB left after all the testing apps (including Asphalt 8: Airborne) were installed. There’s a 64GB edition out there and then a Pro Edition, with 4GB of RAM and 128GB of storage, the latter of which has not been confirmed for SA yet.

The aforementioned fingerprint sensor (which can be finicky, more’s the pity), HD screen (no 2K here folks, sorry), dual-SIM support (both nano, FYI), 3,000mAh battery, 16MP rear camera with optical image stabilisation (OIS) and phase detection, and 4MP front-camera round out the rest of the feature set. If the company took a shortcut anywhere it’s with the selfie cam. But, unless you’re massively social media obsessed, losing a megapixel there isn’t going to be too much of a sacrifice.

Working out their quads Back to that Snapdragon 820… we’re used to flagship smartphones toting octa-core processors so what makes Xiaomi think that it can get away with just a quad-core? The test results, perhaps? Yes, that’s probably it.

We subjected the Xiaomi Mi 5’s 820 (consisting of a sandwich of a dual-core 1.8GHz and a dual-core 1.36GHz Kyro) to our usual battery of tests, as well as a new one, and the results were pleasing. Geekbench spat out scores quicker than usual, with a single-core tally of 1,922 and a multi-core score of 4,688. Them’s fighting numbers, pipping the Galaxy S6 from 2015.

AnTuTu gave us a slightly different picture, with a final score of 115,704. This is where the Mi 5 showed that it’s behind the 2016 headliners, but not by much. The S7 Edge manages 134,599 in the same test, the LG G5 secures 128,232. Even the iPhone 6S runs out in front but then you look at the prices for those devices and then back at this one and…

Whatever you make of it, you also want to see the Mi 5 running some gaming. That’s how you test out your hardware’s limits, after all. The AnTuTu test had some graphics benchmarks and we didn’t notice any lag in those. For good measure we also hit the Mi 5 with Asphalt 8 to see how it performed. The answer is: quite well. High-speed tracks, detailed environments, multiple players and real-time vehicle body updates zipped by with nary a stutter. And, best of all, while there is some heating up while gaming, it’s not as extensive as we’ve seen with some phones. The game’ll chew through the battery, though. You’ve been warned.

Eye of the beholder Which brings us to the camera. As you see from the collection of totally-not-toys above, the Mi 5’s 16MP camera is capable of a lot of detail and pretty solid colour reproduction. The image above is full-sized, as the camera generates it, which is why it hasn’t finished loading yet. Right click and download it if you’re the pixel-peeping sort.

But the Mi 5 can perform multiple roles, as long as the lighting is good. We tested the shooter in a variety of instances (in the gallery below) from your typical Instagram food photography to landscapey shots, close-ups and even some low-light conditions. Click them and read the captions for more info (like why there’s a picture of a brick wall). Colour rendition is rich without being oversaturated. With 16MP to hand detail is great. Unless you get too close, but that’s a problem with all phone shooters. Low light performance is totally acceptable for a handset. It’s not going to great, but that’s the f2.0 aperture at play again. Flagships from rivals perform much better, but for a substantially higher price. 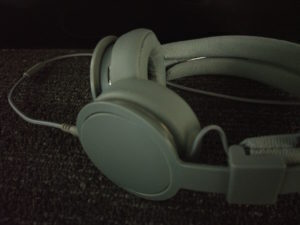 The payoff is that the Mi 5’s snapper is quick and versatile in ideal conditions. It’s less so in low-light, where grain creeps in easily. If you’re after an after-dark camera, look elsewhere, but if you don’t mind some fuzzies then the Mi 5 will be up to the task. Samsung, LG and Apple still have Xiaomi beat across the board, though. But given their respective costs, we’d be disappointed if that wasn’t the case.

The selfie cam is the last piece of the puzzle. It might be 4MP, but let’s remember that’s still better than most of Apple’s early offerings. Also, the built-in beauty mode — which gives your approximate age as you appear in that lighting and at that particular distance — will find some traction among the social media conscious. Especially since you can change your age from 49 to 27 just by angling the phone correctly. Well, some of you can. Some of our team members found the feature more depressing than refreshing when even in excellent, wrinkle-hiding light its guesstimate was a few years higher than the reality. If you’re sitting on R8,000 and you’re looking for a new handset then you can do much worse than Xiaomi’s new Mi 5. Assuming you can get your hands on one, that is, because they tend to sell out fast. This is the most premium-feeling Xiaomi we’ve gotten our hands on, and that’s never a bad thing, even if the smooth finish can be a little nerve wracking at times. Don’t hold it with greasy hands is what we’re saying. Other than that, and the fiddly fingerprint sensor, the Mi 5 packs photography, speed, power and looks into a single, decently priced unit. Can you get a better phone elsewhere? Yes. But you’ll pay around two-thirds less for this one.