Last year’s Galaxy S6 Active toughened up Samsung’s overhauled smartphone, making it ideal for the outdoors and other physically demanding usage. And this year’s model might take it a step further, if leaks are any indication. 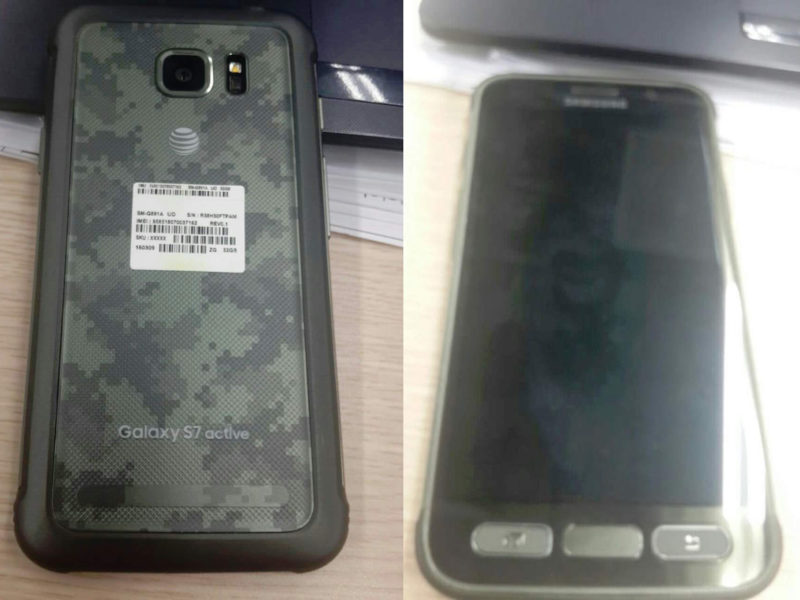 If these photos leaked out of Vietnam are any indication, Samsung wants the Galaxy S7 Active to look more comfortable in a battlefield than a fashion show – unlike the standard Galaxy S7. That’s immediately clear from the pixel-like camouflage pattern on the back cover.

The thick rubber and polycarbonate gripping all along the sides makes it look like the phone can sustain more of a beating than the regular, glass-and-metal option, while the front of the phone will apparently have three physical buttons rather than soft buttons on the sides.

Water and dust resistance were collectively one of the big enhancements for the Galaxy S7 this year, and that that same IP68 rating is reportedly maintained on the Active model, unsurprisingly. And Phone Arena adds that now it “corresponds to military standards for drop damage,” as well, which makes sense given the hearty bumpers. Samsung already leaked the Galaxy S7 Active back in March, and a proper debut should come before long. As the AT&T logo shows, it may only be available through that U.S. carrier, but at least the GSM bands would make it compatible with many international networks.

Leaks suggest the Galaxy S7 Active will have much the same specs as the Galaxy S7 in the States, including the Snapdragon 820 processor and 4GB RAM, plus the Quad HD display. We’ll let you know when a proper announcement comes down the pipe.