The HTC 10 is finally here, and it’s shaping up to a bit of a stunner.

Leaks might have spoilt things just a little bit, but we’ve now got official word from HTC about what to expect from the company’s latest and greatest. 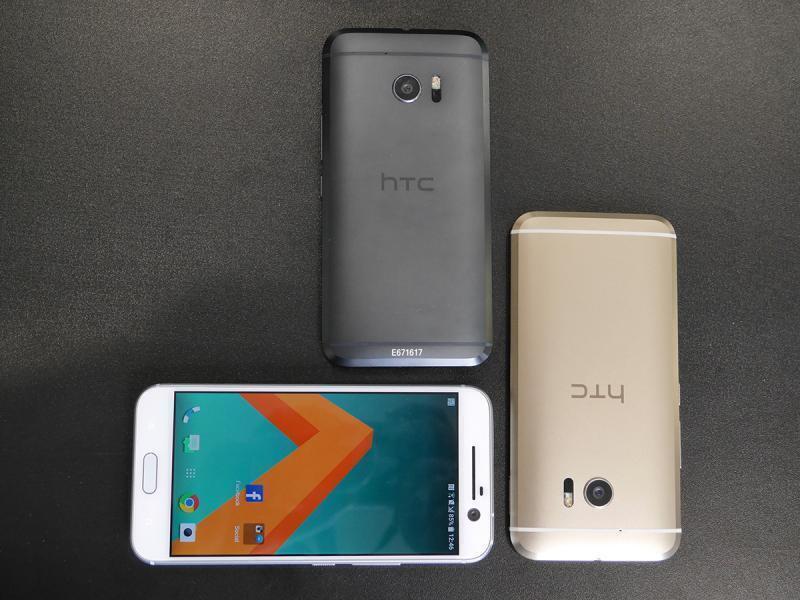 That of course means an all-metal body, seeing as HTC was one of the first to move away from plastic fantastic to metal marvels with the original HTC One. There’s some serious chamfering going on at the back, too.

The confusing “M” designation is now gone as well, which should simplify things a bit.

You get a choice of gold, silver and dark grey colours, but all three have a 5.2in, QHD resolution LCD screen on the front, a fingerprint sensor underneath (along with touch-sensitive buttons for the first time) and a speedy Qualcomm Snapdragon 820 CPU inside.

HTC has stepped up its camera game for 2016, with optical image stabilisation on the front and back sensors. It’s a 12MP ultrapixel layout on the back, complete with dual LED flash and laser autofocus, while the front has a 5MP sensor.


A USB Type-C port on the bottom fills the 3000mAh battery, and Qualcomm QuickCharge is on-board for faster refuelling when you eventually do run out of juice.

Other features we’re happy to see return are the microSD card slot (it’ll work with 2TB cards – honest! Even if none exist yet) and Android Marshmallow, complete with one of the most vanilla skins HTC has ever slapped on a phone. Seriously – it looks almost exactly like default Android.

HTC is doubling down on high quality audio, as even though it ditched the front-facing stereo speakers, the 10 comes with a pair of Hi-Res Audio compatible headphones in the box. It technically still has BoomSound too, although only from the single speaker at the bottom of the phone.

The HTC 10 is refreshingly gimmick-free and looks seriously slick. It’s supposed to launch in the towards the end of April (overseas), but we’ve not had any word on price just yet.