In the month of April we’re wary of every little thing that is published, lest it’s an April Fool’s Day joke that has gone astray. This transforming Transformers tablet from none other than Xiaomi certainly looks like one such missing gag. Except that it’s not.

Xiaomi, working with Hasbro, have come up with a tablet that turns, in just 30 easy steps, into the Transformer Soundwave, updating the tech from a Walkman – which is a pleasingly retro and hard-to-find Soundwave. 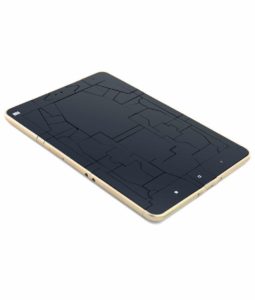 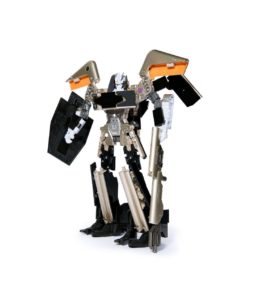 The two companies are crowdfunding Soundwave (and they’ve surpassed the funding target, by the way), which can transform into and from a Mi Pad 2. There is, obviously, a catch. The Xiaomi Transformer isn’t actually a functional tablet. It just looks like one. It’s very difficult to make an LCD screen that will work when you break it up into two dozen pieces and then put it back together. Don’t believe us? Try dropping an iPhone on concrete some time.

Whether you’ll be able to pick one up at retail here at home isn’t known but the 19cm tall figure will set buyers back about 169 Yuan, or about R400.

Source: Hugo Barra via The Next Web