Huawei likes nothing more than to outdo Apple, and it has — apparently — done it once again with the Huawei P9, which has two cameras. Of course, the LG G5 also has two cameras, but they’re two different cameras, one 16MP regular field-of-view model and another 12MP wide-angle FOV. Huawei’s pair of cameras, meanwhile, are designed to shoot one picture, and that’s a first. 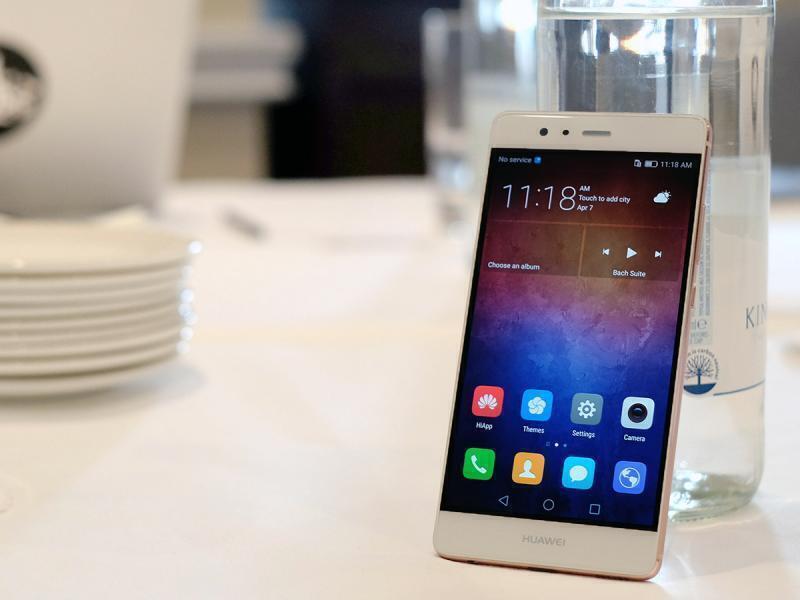 Rumours have been circulating for what feels like an age suggesting the iPhone 7 will have two rear cameras, but the P9 already squeezes a pair of 12-megapixel sensors onto its backside.

This combo isn’t for those often-pointless blurry background effects, but to improve image quality by using two sensors, then combining their image data. One has a black and white sensor, the other a colour one.

The hope is that we’ll get some of the best low-light photos we’ve seen in a phone. Fingers crossed. It has laser focusing as a cherry on top too.

But, yes, if you love nothing more than blurring out the background behind your dog’s beautiful mug, you can do that too. Other than this camera rig, the Huawei P9 seems quite a lot like the old P8 from last year. It’s skinny, made of metal, has a 5.2in 1080p screen and a Kirin processor. This time it’s the Kirin 955, an octa-core CPU with performance cores clocked at 2.5GHz, paired-up with 3GB RAM.

There’s a classic Huawei rear-loaded finger scanner too and, new for this model, a USB-C port on the bottom rather than a microUSB one.

Huawei says the P9 will come in four colour variants across the globe, and will be available “soon”.

Also coming in May is a Plus variant, with a bigger 5.5in screen and 64GB storage.