Cell C’s been rolling out infrastructure in South Africa’s major cities with puppy-like exuberance in an effort to put to bed complaints about the quality of its service (especially on the data front) that dogged the service a few years back. And now it wants to show off its hard work and, you know, sell all that extra capacity. To this end, it’s cutting the cost of its LTE services, which it bills as an alternative to high-speed fixed-line services like fibre.

And, speaking of fibre, the company is also offering free fibre connectivity to those lucky folk who’ve had their pavements dug up. If you’re in an area like Johannesburg’s Emmarentia and have been visited by the 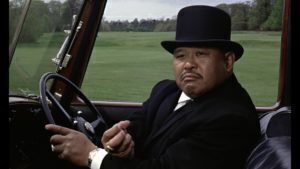 Vumatel fibre fairies you can sign up for a two-month free fibre trial from Cell C. You can choose from a 20Mbit/s down and up synchronous service or a 50 down and 5 up service.

Both are uncapped, with the former running until the end of May and the latter running until the middle of May. Cell C wouldn’t confirm how much longer it’ll take sign-ups for its fibre trial, but given how competitive the fibre-to-the-home market is we suspect it’ll do so for as long as is economically feasible in the hopes once the trial runs out those consumers who’ve been using the service will be inclined to sign up for one of the operator’s paid offerings.

But back to LTE, until the end of May consumers can sign up for Cell C’s mobile data products and pay significantly less than they would’ve previously. The cuts apply to six contract and two prepaid options.

For example, Cell C’s SmartData 5GB product that includes 5GB of anytime data and 15GB of off-peak data (for use between midnight and 06h00) and a Huawei E5573 LTE MiFi device will cost R99 per month instead of the usual R199/month. 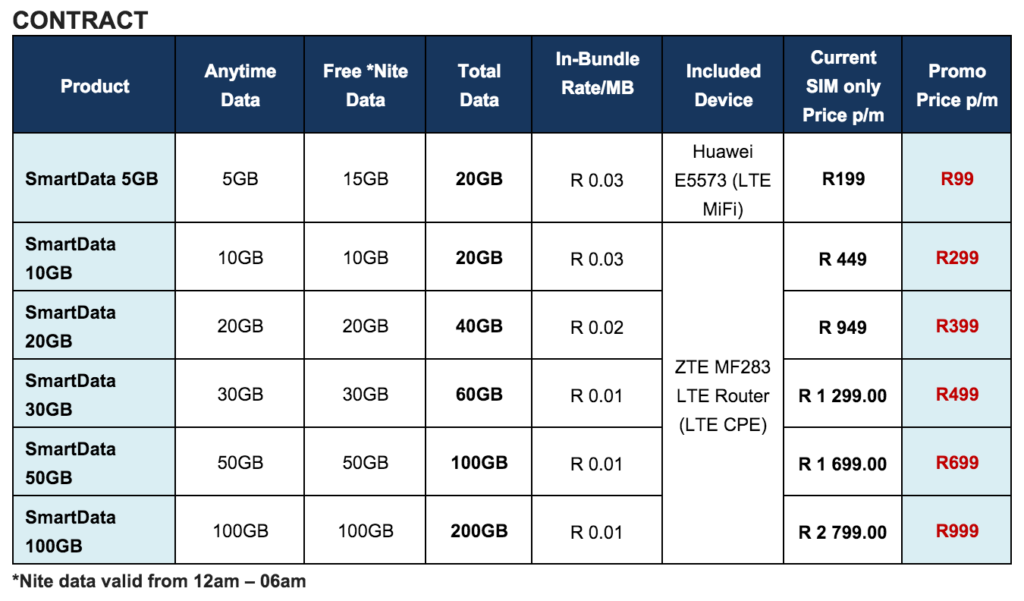 Meanwhile, on the other end of the spectrum, the SmartData 100GB deal (100GB of anytime data and 100GB of off-peak) now costs R999 per month, down a not-to-be-sneezed-at 64% from R2,799 per month. With all of the contract packages users can choose from a 12 or 24 months and the pricing applies for the full term.

For prepaid users, Cell C’s cut the price of it 100GB package (100GB of anytime data, valid for a year) from R2,499 once-off to R999. It has a similar package at the same price that offers 50GB of anytime data and 150GB of off-peak, presumably intended for the spendthrift, nocturnal pirates or night owl, streaming-TV binge watchers among us.

We’ve not tried Cell C’s mobile network in quite some time, but anecdotal reports from friends of Stuff suggest its coverage has improved dramatically from the spottiness that drove us to port away from it a couple of years back. We can, however, confirm that its fibre services are up to scratch. We’ve been running a 50/5 connection for a week without incident. Now, if only we could get first world Netflix… but hey, one step at a time, right?