Facebook CEO Mark Zuckerberg took to the stage at MWC yesterday for the second time (the first being with Samsung on Sunday) to talk about getting the internetless online using a combination of laser transmissions, pilotless aircraft and pubic Wi-Fi hotspots, why we should (and shouldn’t) stop fixating on high-speed mobile internet and how great VR is. But let’s start from the top.

A few weeks back India surprised Facebook by blocking its Free Basics programme, which the regulator decided contravened the country’s stance on net neutrality. The Indian authorities have decided that if a company wants to provide free connectivity it doesn’t get to dictate which sites or services that includes. 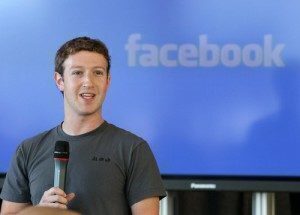 “That’s disappointing for the mission and a major setback,” Zuckerberg says. The mission, in this case, being to get the estimated four billion people who don’t have internet access enjoying cat pictures, Ron Swanson gifs and memes like the rest of us.

Free basics is run by Internet.org, an organisation that partners with operators to zero-rate certain data services on their networks. In South Africa, Free Basics is available from Cell C, and its managed to roll out in 37 other countries around the world and seen around 19 million people use it to date.

But even if regulators and operators are happy to offer the service in many places – as any Cape Townian will attest to – coverage in developing markets often remains a problem.

We’ve seen some interesting proposals to getting over that hurdle. Google’s been testing high-altitude balloons for it’s Loon initiative, and Facebook’s talked about using un(wo)manned aircraft that use solar power to stay aloft for months at a time. Now the Zuck’s revealed a little more.

“It will have the wingspan of a 747 but weighs as much as a car; very light,” he explains. Add to that a laser communications system and you’ve got high-speed airborne internet solution. That’s right, “lasers”. We’ll leave you to make the air quotes gesture on your own. Facebook’s also planning to get its own satellite up and it’s looking to circumvent challenges like those in India using more conventional connectivity solutions like free public Wi-Fi. Here at Stuff we’re big fans of free Wi-Fi, when it’s truly free, that is. What we mean is, we love it when companies provide Wi-Fi to the public with the only limitation being bandwidth.

We understand the bandwidth constraints – after all, someone’s footing the bill for each precious MB. But we’re less keen on being told what we can do with that data.

While he was at it Zuck took the opportunity to gave a go at those people pushing new technologies like 5G and connected toothbrushes when there are still so many people without any access at all. Sure, a better service is preferable, but he says people mustn’t lose sight of the more important task of digital inclusion.

Meanwhile, back on the topic of the business of Facebook, Zuckerberg touched on the company’s drive to strengthen its position as a player in the online video space. He didn’t talk about Facebook making it tougher to view video outside the platform or it getting exclusive content like the recent OK Go zero-gravity video, but he did suggest video might make us less precious about our own images. “In 2016, if you are sharing a photo, you want it to be a good photo,” he says, adding that video offers a more “intimate” and “raw” look at ourselves. That’s certainly been the case for Snapchat, a company that famously turned down Facebook’s offer to purchase it and continues to baffle those over the age of 25 with its disappearing messages and its strange live filters for video selfies.

But we suspect he was referring to VR, something he talked up earlier this week when he appeared on stage at Samsung’s Sunday event that saw it unveil its S7 and S7 Edge handsets and its Gear 360 camera. At the same event, Samsung announced all pre-orders for the new handsets will include a Gear VR headset.

“[VR] will be profound,” he says, adding that it’ll require enormous improvements to mobile network quality. You know, the sort of improvements we shouldn’t be focusing on too closely in light of the problem of the unconnected. Wait, what? Never mind, just give us VR gaming already.