Of all the things that you could aim at a kid, a 3D printer is far from the worst thing – unless you’re aiming it in a makeshift catapult or something. Don’t do that, that’s nasty. If you’re Mattel and the printer is something called the Thingmaker, a $300 (R4,750) 3D printer, then you might as well say that the hobbyist activity has crossed into the mainstream. The tablet app used with the Thingmaker was designed with Autodesk and while it’s not as powerful as CAD software it looks surprisingly complete. The point of the Thingmaker is to make basic plastic jewellery and toys, without scorching kids. Mattel have made sure that the 3D printer is rated for users aged 3 and up, so they’ve hit that target at the very least. The Thingmaker was on display at the New York Toy Show and is available for pre-order on Amazon. We’ve heard of so-called bioprinters in the past but this is something new. A new bioprinter has been described which is able to construct organic structures which are strong enough to be used as replacements for missing bits. The printer combines living cells with a temporary polymer which is used to keep the structure of whatever is being printed until the cells hold together or the printed object is transplanted. The transplants, in the form of ears, have been tested on rodents and the transplanted material has been observed to have kept their shape. Cartilage forms in about two months and similar tests with 3D-printed muscle and bones have also yielded positive results. The future? Having replacement pieces printed and attached rather than waiting for grafts or donations. Watch this space.

The Sports Illustrated Swimsuit Edition has gone virtual reality in 2016


Look, let’s not pretend that we aren’t aware of the existence of the Sports Illustrated Swimsuit Edition. It’s the only issue of the sporting magazine that some people ever buy. But this year you might opt to buy the app version, as they’ve gone and put you right on location with the models who participate in the special edition. In virtual reality, no less. What you do with that information is up to you. The video above is a teaser (apparently) for what you’ll find in the app (Android or iOS). If you’ve got a Google Cardboard or a VR headset and no-one’s watching then you might want to check this one out. We won’t judge you.

In case you ever end up stranded on Mars, here’s a map 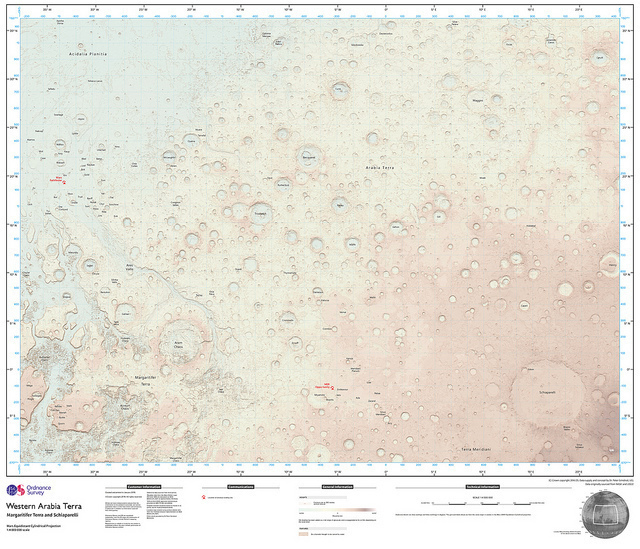 We’re officially ready to head to Mars and set up shop. We have the maps now and everything, thanks to the UK’s Ordnance Survey folks. They’ve released a map showing 10 million square kilometres – around 7% of the Martian surface. The map was created using NASA open data and is completely readable to anyone who is able to read a Terran map. It’s also really, really freaking awesome. Head here for the full map of the known regions of Mars. Just… try not to get lost when you do get up there, we’ve taken a look at the map. It’s going to be a while before you’ll be able to pull into a hotel while you wait for a rescue.