If your employer bought you a smartwatch or other wearable and used the data to make your working conditions better would you be willing to don it? Research and consulting firm PricewaterhouseCoopers (PwC) says almost three quarters of South African employees it surveyed say they would.

PwC quizzed more than 2,283 working SA adults online (an equal gender split across those surveyed and with 51% of them between the ages of 25 and 34) and 72% of them said they’d be happy to use a wearable provided by their employer, and let said employer to collect data from it, even without benefits. These are people who clearly haven’t seen Gattaca. Or who really want an Apple Watch. 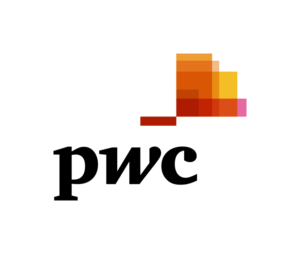 That number grew to a whopping 87% where benefits were offered, like flexible working hours, lower health insurance premiums or fitness incentives.

Not surprisingly, though, there are still cynics. A full 20% of those surveyed said they “don’t trust their employer to not use this data against them”. Also, people were more willing to share data like how long their commute takes (74%) than how much movement they do in a day (62%).

Meanwhile, less than half of the respondents expressed a willingness to share their current location, recent locations or web browsing history with their employers.

PwC says this shows people are most willing to share “unchanging background information” than “personal behaviour” information, and adds that South Africans are far more amenable to this data sharing than their counterparts in that poster child for the surveillance state, the United Kingdom.

She says policies should be set to “clearly identify what data will be shared with employers and what this data will be used for”, and that “employers should also be careful about what categories of data they collect as this will also impact employees’ buy-in”. Surprisingly, more than half of respondents (61%) think they own the data produced by their smartphones or wearables. Of course, this simply isn’t the case. Companies like Fitbit and Jawbone don’t even let their users view their own raw data, opting instead to display sifted, sorted and trimmed summaries of the data their devices collect.

We’ve already seen companies like Discovery offering incentives to its customers for using wearables and sharing the data with them. As usual where technology is concerned, the proliferation of devices and the features being added to them are running far ahead of regulators’ ability to keep pace.

The worry is, what happens if insurers, medical aids or employers begin demanding the ability to collect our data? Will opting-out become something only the wealthy can afford to do? We’re going to have to wait and see, but in the meantime, as per our WhatsApp status meeting, if you need us we’ll be “at the gym”.